He thought about Mother. 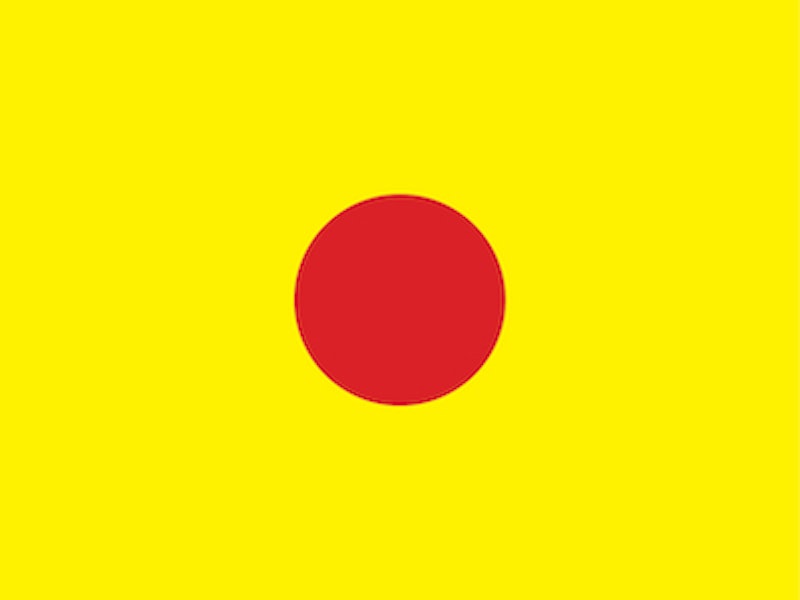 Ralph was about to make the morning's pot of coffee when he remembered he was out of cream. So he trotted down the stairs and out the front door of the rooming house, the screen door slamming behind him. He lived only about a block from the small market, just around the corner. He didn't even think to turn off the radio, a beige Motorola AM-clock radio. On the countertop, it sputtered morning news and weather to no one as he approached the market. It felt good to be outdoors in shirtsleeves. Spring was here. By afternoon it'll be hot.

Ralph made a beeline to the dairy section of the quiet market. He was the only customer, not unusual. Sometimes he wondered how long it would remain in business. A new Food-N-Stuff had opened a few blocks south. It was larger, brighter, and featured tremendous sales.

He placed the half-pint of cream before the register girl. She exclaimed, "I knew it! I just knew it! The stars do not lie! Green eyes! I knew it!"

She was blonde and svelte, lovely in a tan uniform dress, maybe five years older than Ralph. Bangs covered her eyes. She shook them to the side, and he saw her eyes were green, like his. She shouted, "Mr. Plank!" The manager, a short middle-aged man, balding, sauntered from his office. "Yes?”

From a pocket Wendy pulled out a nickel-plated derringer, fired its lone bullet into Mr. Plank's heart. He crumpled, was dead before he hit the old wood floor. Ralph thought, "This is like the movies..."

The sharp smell of burnt gunpowder tickled his nostrils as Wendy scooped all the cash from her register's drawer. "C'mon, boy! No time to lose, boy!" She grabbed Ralph by the wrist and they were out the door, standing on the sidewalk. Wendy looked this way and that, still gripping Ralph’s wrist. In a daze, all Ralph could think was, "It used to annoy me when Mother yanked me around by the wrist. Why doesn't it bother me now?"

"We're on our way," she said. "The stars say so. Nevertheless, we have to put in the effort. We have to follow the plan with a considered degree of aggression." Light traffic rolled by. Wendy found a car with keys in the ignition, a yellow 1970 Dodge Dart. She removed a three-year-old boy from the front seat and placed the tyke atop a Buick’s hood. He was too startled to object as the strangers got in his mommy's car and drove away. Back in Ralph's room, the radio played, "This is for all the lonely people... Don't give up until you drink from the silver cup..."

Wendy didn't say much as she shot along the freeway, not much more than, “This baby can move! Love a Slant-6! Perfect engine for a compact." Ralph looked at her, the mongoose to her cobra, rubbing his palms on his thighs, and then clutching his knees. She took the Mansfield exit, slowly cruised along Main Street, then a right onto Maple Avenue. Quietly parking the Dart on Maple, she said, "Get out, boy! We've got to get a fresh car." She spotted an Impala, an anonymous shade of blue, keys in the ignition. "Excellent!"

Back on the freeway, she turned on the radio, an easy listening station, cascading strings a backdrop to their conversation. To Ralph's surprise they chatted easily, discussing topics of the day. He'd never found it so effortless to talk to a girl. Maybe it was her unvarnished honesty? Or a lack of coarse language–always a gosh or a darn for emphasis, nothing unladylike. An admirable feature! Mother would’ve approved.

He thought about Mother. It'd been a spell, about three years since her passing. A junior in high school, he came home to find her collapsed at the kitchen table. A massive coronary, the coroner said. With a resolve he didn't know he had, Ralph struggled through the rest of that year, was fully up-to-speed senior year, honor roll, the yearbook noting him a member of Chess Club and Elizabethan Society.

It had always been just the two of them, Mother and Ralph. Father was little more than a framed photo on the bungalow's fireplace mantle, smiling, in uniform, shortly before his death in Korea, blown to bits a month before Ralph was born. Mother rarely spoke of him, a topic too sacred to broach. But Father's presence was implied, a model to be revered, albeit vague.

Twenty minutes later, Wendy and Ralph were on a rugged dirt road, bouncing up Mount Skully, sun blazing in a dazzling April sky. They came to a shack hidden in the shade of evergreen and sycamore, as Mrs. Blanchard marked Ralph absent from her class, Business Administration 101, at Brainard Community College. "Odd," she thought. "He's never missed a class, usually early. I hope he's alright."

Ralph's plan had been two years at Brainard, great grades, then a scholarship to State.

In the shack, Ralph looked around. It was furnished in Salvation Army: a coffee table, a chintz sofa, and a straight back chair. The coffee table was awash in astrology charts. Wendy broke the stillness, "You must keep in mind that Mr. Plank was dispensable. He was the boss, management. Right there, boy, the enemy. And the worst sort of Pisces. Moody, lazy... You're a Taurus. You don't need to tell me. You were born on May, 3 at 3:42 in the morning."

Ralph was shocked. She was exactly correct!

"People like Mr. Plank are hardly an endangered species. And now the money is ours. Green eyes! We both have green eyes. Just like the chart said would happen on this very morning! That we'd meet!" She paused, let a minute or two pass. From a tree a chickadee chirped. Then she added, "Green eyes are pretty rare."

Ralph had never thought of that prior, but upon reflection, he couldn't disagree. His head tilted to the right in assent. Wendy stared into a remote place, then snapped to. "We're going to have some beautiful babies," she murmured, leading him by the wrist to the bedroom, kicking off her flats. Ralph took a deep breath.