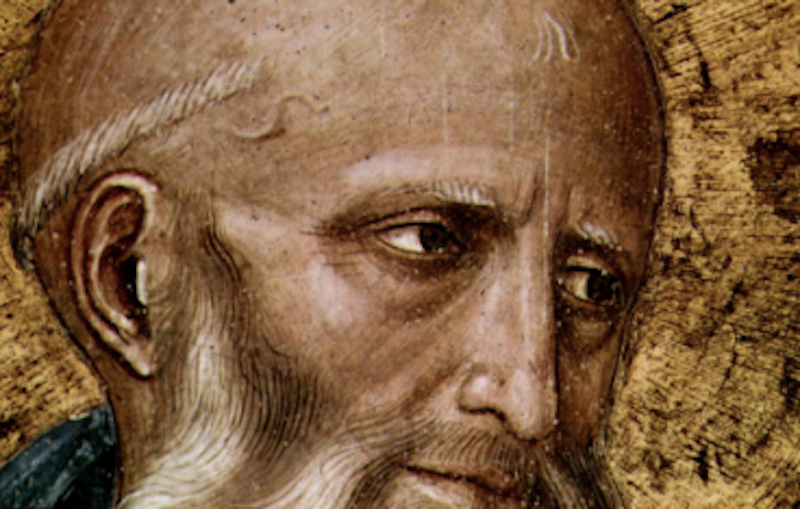 Any readers out there in the vicinity of St. Francisville, LA, who might be able to drop in on the Dreher house and see if everything’s all right?

Rod Dreher’s worked up, as usual, about the imminence of totalitarianism in the U.S. Until recently, though, he’s insisted—though a bit in the tone of a terrified kid trying to convince himself of something and keep up a brave facade—that the Left would impose a mere “soft” totalitarianism on dissenters. Now he’s decided to let it rip. Not a “soft” totalitarianism, but the real, hard, Maoist thing is coming down the pike, courtesy of the social justice cult and their mainstream fellow-travelers. “You Cannot Imagine The Worst,” reads the headline to a recent post of his. It’s illustrated with a picture of Stalin and contains this prediction: “We will burn.”

As I’ve said before: Speak for yourself, my bayou-country friend. I have no plans to “burn” at any time in the foreseeable future.

It occurs to me, meanwhile, that Freud, or Sacher-Masoch, might have been tickled by the obsessive repetitiveness of Dreher’s dreams about the persecution that awaits him and his kin and his kind. Or, to shift the conversation into the terms of that Francophilia that Dreher and I share, Sade might have been. The clammy, glazed-eyed, blandly grinning anticipation of apocalypse has always been closely tied to psychosexual disorders, a fact of which Sade’s work provides much evidence.

That anticipation is also extraordinarily generative in literary terms—as, again, Sade’s unpleasant but interesting work shows. As Dreher’s work, too, shows. No one could ever accuse the Pelican State hysteric of being anything other than a good read.

Here in Indiana, meanwhile, we paleoconservatives are in rather better sorts, surveying the cultural and political landscape with complacency. The Gabriel Matzneff affair that’s currently metastasizing in France is one of the greatest indications of liberalism’s limits, and of liberalism’s impending expiration, that we’ve encountered yet—and we’ve been encountering them every few days since roughly 2015. A Harris at his most inspired couldn’t have dreamed up a greater disaster for the pan-Western establishment in a month of trying.

Imagine: more or less the entire French post-May ’68 power structure, including everyone from litterateurs like Sartre to iconic politicians like Mitterand, was functioning as, among other things, a front and enabling operation for a self-proclaimed rapist of children. (How interesting, meanwhile, that this French #MeToo conflagration is coming so close on the heels of the Jeffrey Epstein business. Serial child rape as a metaphor for the U.S. and French power structures—the most vulgar hack in Hollywood wouldn’t dare be so on the nose, so heavy-handed.)

Oh, the Matzneff blow-up is going to be great for the embattled French establishment, and for its fellow deflating “liberal” establishments across Western Europe. (You can bet that Berlin, for example, is chockfull of aging, well-padded former New Left writers and critics who enthusiastically wrote blurbs for the German editions of Matzneff’s book-length paeans to the sexual assault of pre-adolescents.) Yes, this is really going to shore them all up, and take the wind out of the sails of populism. Nothing is more likely to get the “yellow vests” off the Paris streets or the “new right” parties out of the parliament buildings. Everything’s going to return to “normal”—to the pre-2015 status quo—in a jiffy.

Liberalism is rapidly losing its ability to effortlessly and invisibly dictate the terms of reality. A great demystification awaits.

Russian peasant culture was (is?) rich with residual pagan beliefs and traditions. Many of these are theologically problematic from the point of view of the Russian Orthodox church. And yet so picturesque are some of these pagan vestiges that the Russophile can hardly fail to be charmed by them, no matter how pious he might be.

Brother Aidan, my partner here on our Benedict Option homestead in rural Hoosier Country, is no less fascinated by these ancient demotic cultural encrustations than me: by the widespread country belief, for example, in “house spirits” that foment mischief around the home and barnyard. Aidan is, however, of a more naïve and less analytical disposition than I am, which has led to a peculiar and not-unamusing situation: Aidan has started to believe that our homestead here is suffering a literal infestation by troublemaking imps, goblins, “brownies,” haunts, and other folkloric creatures.

More, Aidan believes that many of the small “misfortunes” that we’ve collectively experienced since Christmas, from curdled milk in the larder to spilled cornmeal in the pigsty to a sore on Lyuba the Heifer’s nethermost left teat, can be ascribed to supernatural “wrecking,” to use his own word for it.

Like I said, a peculiar situation—and a not-unamusing one. I’ll have more to say about it in next week’s diary.