BQ on baristas, Coachella, and the barbarism of Chick-fil-A. 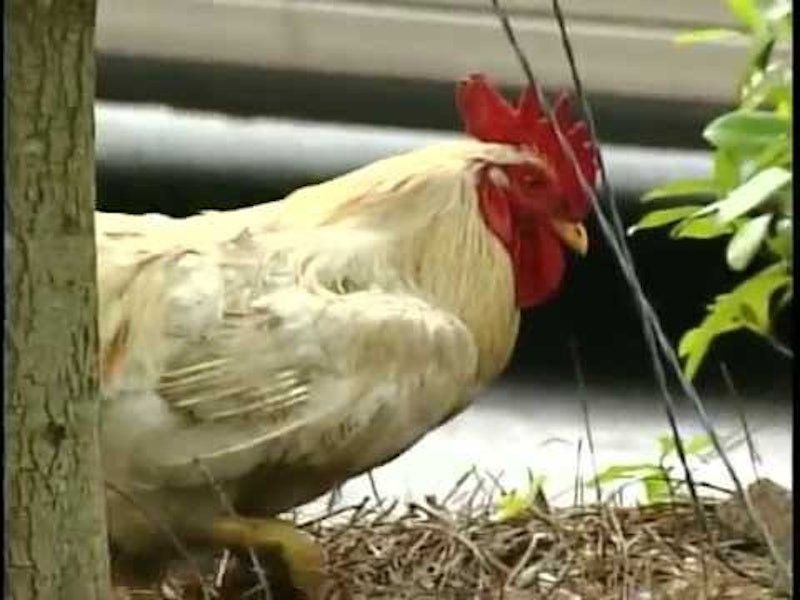 Cat got your tongue? Cat tried to steal mine earlier today. Swiped right on a cat, always a mistake. The cat was just hungry, but didn’t know you generally have to cook or at least kill your meal before ingesting. I’m not docile like a hummingbird or a colossus, I am rooster, hear me caw.

I will wake you up at the most inconvenient time. Four in the morning. Three in the morning. Two in the morning. I don’t care when you wake up, you’ll be fine. I have to get this energy out somehow, and I’m already on five strikes so I’m trying to avoid violence for now. My cousin Rooster is busy editing his novel while his wife Monica is busy shopping her own memoirs in New York. Lucky for me it’s pouring rain all up and down the East Coast and they won’t be home for another few days. So I’m going to run free and unleash chaos across the land. My name is Bennington and I am dangerous.

Something unpredictable: I started writing my own book. It’s not going well, I have an acute case of attention deficit disorder and no medication or hard drugs to aid in my work. Don’t they give that shit to kids? Speed, amphetamines, amphetamine derivatives. I could drink coffee but I’m not a hipster anymore. I tried to buy a red eye at the local single origin distributor in town near the college and I was escorted out after very politely yelling my order at the poor bespectacled barista.

I felt bad for five minutes but then I remembered I hadn’t gotten any caffeine in my system so I collapsed in the middle of the street and started throwing a tantrum hoping to get a sympathy latte. It didn’t work. You think we’ve made so much social progress, but no. Things are worse than ever.

Everyone keeps telling me to either go to Coachella, boycott Coachella, criticize Coachella on this website, but most of all, to avoid Coachella like the plague unless I want to get skinned alive and have my feathers used to decorate the flower crown of some idiot in Aviators on ecstasy. I know it’s not very woke bae of me to pooh-pooh Coachella vis a vis Beyonce headlined this year, but at the same time, it’s also extremely woke bae of me to criticize Coachella because the man who owns it is a vicious homophobe and a hard-right Republican who donates to lots of horrible charities that keep gay people from going to Chick-fil-A.

Well, I’m all for that. No one should eat at Chick-fil-A. As Russ Smith wrote yesterday, fast food is disgusting and not suited for anyone over the age of 12, but I’d add that it’s not morally appropriate for anyone to eat at a restaurant that serves the fried flesh of my brothers and sisters. That might be my most woke bae stance, and I’m proud of it.

I’m going to bask in the hearts and clap emojis and all the love I will get for saying that, so I won’t say anything else controversial this week. You’ve had enough, right? I’m exhausted, overwhelmed by so much support and grace. I’m a whore for love. Sue me. Actually, please don’t sue me, I have enough legal trouble as it is.