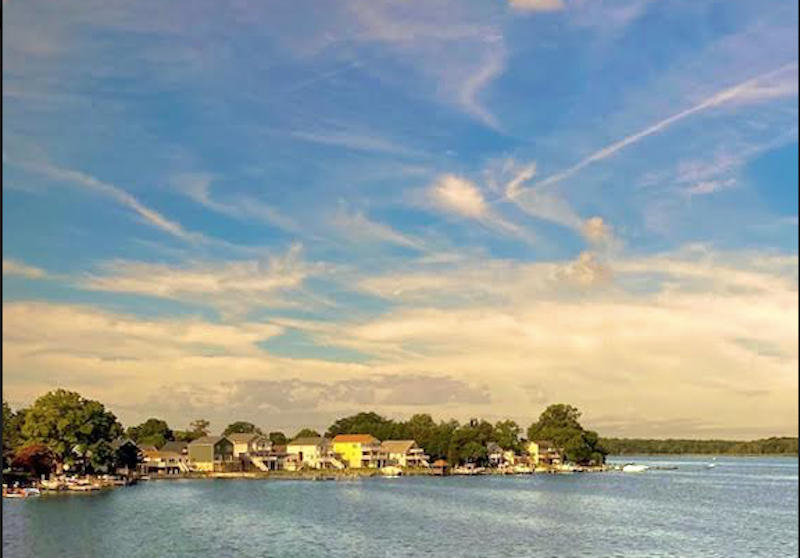 The morning sun rises to greet Maryland’s Eastern Shore. Traveling west on Route 50, clouds of dew mist rise above acres of Delmarva peninsula’s farmland, signaling a season’s change. The color and light portray the last gasp of summer as the steam evaporates into late-September’s coolness. Waterways and marshes meander their way along the Chesapeake Bay. Miles of golden corn stalks stand sandwiched between patches of dark green forests. The clear, blue sky shows clarity, as faint wisps of cirrus clouds shape transparent dragons and seahorses. This is the calm of Chesapeake country.

Stores, gas stations and fast-food establishments start to spring up along the way as you approach Dorchester County. Entering Cambridge, one of the oldest cities in Maryland, you’re reminded how important African-American pioneers Frederick Douglass and Harriet Tubman are to the region. Dozens of historic sites mark their presence. Anglers spend the day on the Choptank River bridge casting for rockfish, bluefish and channel cats. As blue crab season draws to close, oysters ready themselves for human consumption.

Afterwards, you’re back on the road soaking in the day’s beauty as the fields wait for harvest. Over yonder, about a half mile or so down a gravel driveway sits a farmhouse in the middle of a field bookended by tall oak trees. The eyes of a sika deer, a small brown elk that lives in the wetlands, keeps a watchful eye. More farmland along the way; Adirondack chairs sit empty on the lawns, pools are covered and closed for the season.

You can see the ongoing effects of climate change on the Eastern Shore. On the sides of rivers and wetlands, barren dead trees stand scorched by the rising brackish marsh water, they standout like skeletons. Turkey vultures fly in circles above.

Ready for October, bright orange pumpkins lie ripe for the picking. They fill the fields ready to make their way to wooden roadside fruit and vegetable stands. From a distance, little dark dots in trees are loblolly pinecones for holiday wreaths. Crickets fiddle their finale overtures. Marine terminals are busy dry-docking boats for the winter. Boats tied to long piers stretch out in long, straight lines across the shallow estuaries.

After you pass Kent Island, the roadway suddenly starts to elevate. Pray you aren’t prone to a panic attack because you’re approaching “The Scariest Bridge in America.”

The Chesapeake Bay Bridge is a dual span that arches out over a vast sea of bluish green water. The original span opened in 1952. Back then, it was the world’s longest continuous over-water steel structure. The farmers and communities living on the Eastern Shore weren’t happy when it opened. The road cut directly through their farmland providing Baltimore and Washington DC traffic a straight shot for Ocean City tourism. The result caused heavy economic impact to both sides of the Bay. Before the bridge was built, crossings were by ferries.

It’s a long way down. Far below, huge tankers line up in the Bay waiting to pass under the bridge. In the eaves of the bridge, gulls take a break and rest in the shade. Maryland’s mainland lies waiting. The bumpy, roller coaster ride across this huge rusty TinkerToy is daunting. The guard rail is practically non-existent. If a storm kicks up, and they do all the time, you can barely see in front of you. Nothing short of terrifying is when the wind shakes the bridge from side to side. You feel as if you’re in a small plane on a Kamikaze dive as one lane of traffic heads directly for you from the opposite direction. Drivers experience vision tunneling and fear losing control of their vehicles. It’s happened. For the nervous, there’s the Kent Island Express $25 shuttle service that’ll take your car across, business is good.

Relieved, you wipe the beads of sweat off your brow, and you can finish your Hail Mary, knowing you’ve reached the other side. The landscape changes drastically. The first thing you notice is bumper-to-bumper traffic waiting to head east. You’re now on the outskirts of the Interstate 95 corridor, greeted by a Wendy’s and McDonald’s wanting to make your day. Take a break after a harrowing experience to review all the beauty you just saw. When you’re finished, road signs indicate directions to Annapolis and Baltimore, happily not too far away.