How To Lose 50 Pounds By Eating Brunch

Just don’t eat anything except your feelings of bitterness and resentment. 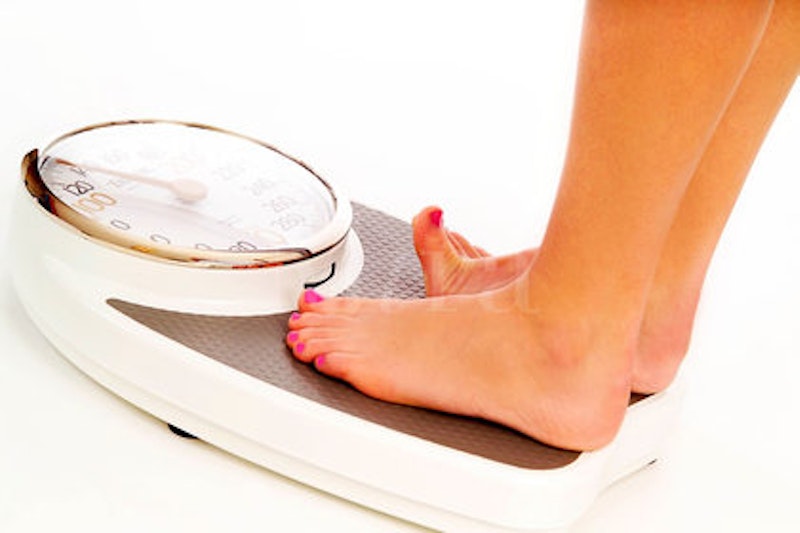 I lost 50 pounds in the past six months. I certainly do not mean to annoy you—because I am generally annoyed by people bragging about losing weight—but I’m going to tell you how I did it, simply because people keep asking me.

It isn’t some glamorous, inspirational or motivational story. It isn’t because I wanted to be a healthier person so I could be engaged in more activities with my kids. It isn’t so I could lower cholesterol or blood pressure or any other “my doctor told me to do it” bullshit. And I hate fruits and vegetables.

I’m a tiny bit embarrassed to admit this on the Internet, but for me losing 50 pounds was mainly because I wanted to see if I could be hot. I have never felt attractive. Not even when I was a teenager back in (cough, sputter) the 1980s. Whenever I’ve seen pictures of women in their 40s and even 50s in magazines who are attractive, I have always thought maybe someday when I am in my 40s I will be hot.

Here are some of my weight loss tips.

Stop eating so much fucking food. I love eating. I am always hungry. But I was eating too much. Especially in the carbs category. You can’t eat what you want anymore when you’ve had four kids and you’re 43. But I hate dieting and I refuse to do it. So I started doing this “Huge Massive Brunch” thing where I eat one completely awesome meal at 11 each day—eggs, sausage, cheesy hash browns, toast, anything I want, and it helps me not get hungry for the rest of the day. I might pick at a little something for dinner, but the “diner diet” is about the closest I’ve come to being on one.

Have a mid-life crisis. Being completely stressed out is a great way to lose weight. You don’t eat anything except your feelings of bitterness and resentment toward the world. By all means, have more than one teenager in the house, because this helps you not want to be in the same room (including the kitchen) with anyone for more than three minutes. You’ll shred those pounds in no time!

Walk out the door. Seriously, get off your computer and go for a walk. I do not like to run, because I am clumsy as hell and my boobs are too big, but I started walking with a friend before our kids wake up and it really helped. I joined the gym but didn’t like it because there are creepy people there, so I quit after the trial period. I do have some Jillian Michaels DVDs—she is a baller. I do those sometimes. I’m not great at exercise. I like dancing to old school 80s and 90s rap and hip-hop, so sometimes at the writing cottage I randomly do that and hope no one can see me.

Sugar is Satan Look, I love donuts as much as the next Homer Simpson, but I don’t eat them as much as I used to. I would happily eat a single Jelly Krispy Kreme donut during my Brunchapalooza each day if it weren’t a 20-minute drive to the nearest Krispy Kreme access. I stopped putting French Vanilla creamer in my coffee and I only use Sugar in the Raw now because I keep reading that white food is evil. I don’t eat bread, unless it’s cinnamon raisin French toast at 11. I don’t eat dessert after every meal anymore, but I will sometimes eat something chocolate at around three so I don’t kill people.

Get laid. I do not care who you are fucking. Get your husband or wife or boyfriend or girlfriend or all four of you together or your UPS delivery person or deli counter worker or bartender or local band drummer or whoever it is and shag like there’s no tomorrow because who knows? There might not be. Orgasms make you forget that you are hungry and pretty soon you don’t even notice being hungry, because you’re not fat anymore. How’s that for a diet, Richard Simmons?

I’m not sure any of this advice will be helpful for you, and I recommend seeking professional advice from your physician before proceeding with the aforementioned “diet plan” because I don’t want to get whiny lawsuits about heart attacks and Brunchapalooza food comas.

I do know this: I’m going to my 25th high school reunion in November at the same weight I was when I left that high school, and that’s got to be a little bit hot.

—Mary McCarthy blogs at pajamasandcoffee.com. Find her on twitter: @marymac.