The endless loop of appropriation. 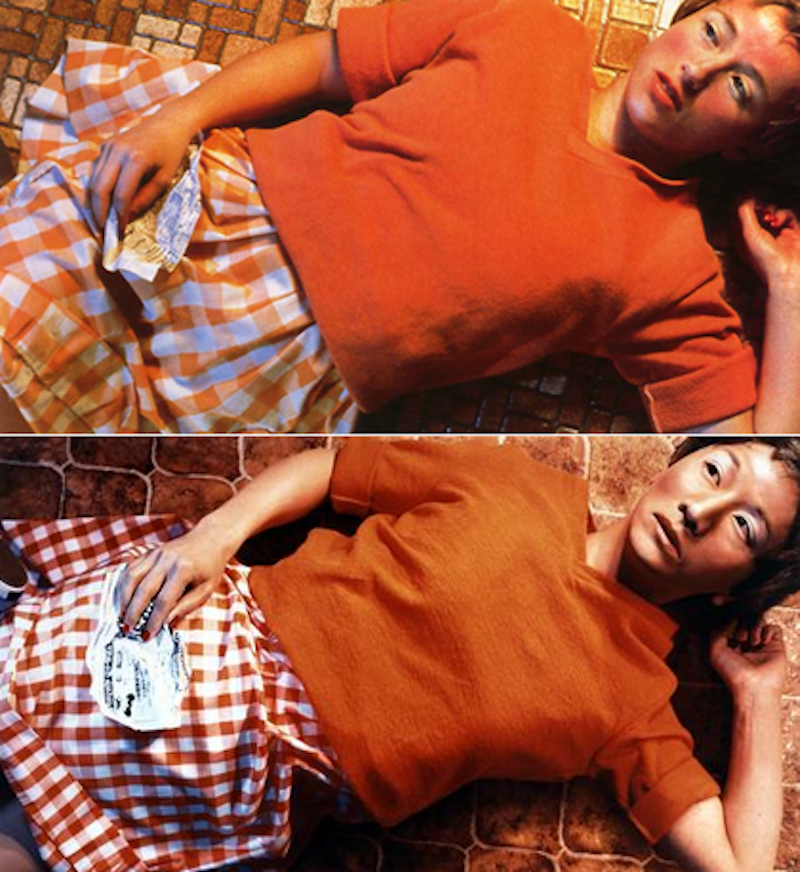 Cindy Sherman, whose self-titled retrospective of over 170 photographs chronicling her work since the mid-1970s has been exhibited in both New York and San Francisco's Modern Museum of Art, may be the queen of appropriation and sophisticated allure. Her obsession with herself—or more importantly, the representation of herself—is less histrionic and narcissistic than profoundly curious and self-invigorating, an elegant conceit which comes across in her subdued work. She’s made a career of looking into the camera lens, which is essentially a mediated mirror.

And as meta-modernism struggles to usurp the snickering post-modernism, artists position themselves, metaphorically and literally, as Sherman did: veiled in layers of artifice and self-awareness. Art has always derived meaning by referencing its own history—inside jokes for critical theorists, academics, MFA students, and the whole lot of the art savvy. There is an intrinsic reward in recognizing not just an image, but its context and cultural value. From the cave drawings of Lascaux, it has always been important to know what you were hunting.

Yasumasa Morimura ("To My Little Sister: for Cindy Sherman," 1998); Monique Jenkinson ("Untitled #351," 2012); and Tom Starkweather ("Erin channels Cindy Sherman," 2008), listed in order of their appearance, all seem enthralled by loyally and explicitly transcribing the subtleties of Sherman's work: the creases in the clothing, the ad hoc mimetic costuming, the forensically accurate locations, etc. They are homages rather than criticisms, inverting and somewhat diluting Sherman's implicit agenda of the latter. One wonders if this endless loop of pop-irony is noise, or something more. Surely Sherman can understand such playful impulse, for it may even be solemn. You never can tell by the surface of an image. She must be happy.

From Manet's "Olympia" (1863) to Sherman's 1981 Centerfolds series, and beyond, the male gaze—or, updated, the corporate gaze—has been tirelessly negotiated over the battlefield of women's bodies. Such anthropological terrain lies beaten and bruised in male-hetero porn, and most of popular media. Art, despite its rhetorically hip cynicism, is ultimately a utopian venture: the way the world should be, full of senile patrons and $12 dollar sandwiches at the museum cafe. Sherman empowers herself, and feminists, by being slyly complicit in the docile expectations of her clothes, make-up, and body. Woman as a collection of desires and projections. Yet the result, often, is grotesque, trashy, asexual, horrifying, yet uncannily beautiful. You simply stare at a narrative much larger than you. This may be her genius, if you will excuse such tired patriarchal notions. As for her copycats, I wish you a retrospective one day as well.