Here’s to you, dudes lounging in truck beds in morning highway traffic. 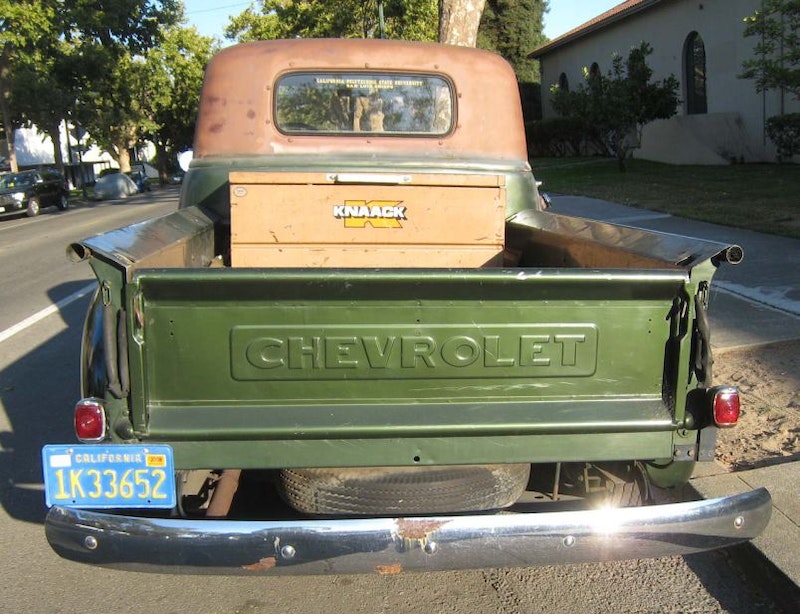 There are different kinds of toughness. There is emotional toughness, or maintaining some semblance of grace under pressure: keeping it together in a bad domestic situation or at a horrible job or during a loved one’s medical crises. Surviving Jackass cast members traffic in what might be referred to as “frat toughness”: a willingness to put one’s self in harm’s way for yuks. Sportscasters like to talk about “mental toughness,” by which they usually mean tenacity, but that’s a sporting species apart from the toughness most baseball players evince when struck by a 100 M.P.H. fastball.

Because I live a ways from my job, I spend a lot of time stuck in schizophrenic highway traffic. This affords me the opportunity to think, worry, imagine, fantasize, and cycle through whatever stadium-dispersing spew lurks on my iPhone. Break lights wink, buildings crawl by; the other motorists drift in a sort of half-comatose impatience; everybody’s rolling tank-size pick-up trucks.

And in the backs of a lot of pick-up trucks—usually the torn-up mid-size trucks—are dudes lounging against the cabs, presumably en route to job sites. Theirs is a totally alien sort of toughness, a toughness that commands a crazy kind of respect. After a while, one becomes inured to this sort of thing in Texas, and it’s suddenly easy to take the insanity of dudes lounging in pick-up trucks in highway traffic in stride. They are, after all, simply doing what needs to be done to get by, sudden and brutish pieces of flying debris or stern policemen be damned, and that’s just life.

Attempting to read the demeanors of dudes lounging in the backs of pick-up trucks is an odd thing, because those demeanors demand atmospheric negation; to keep one’s wits in check and fear’s fangs at bay, it’s necessary to pretend that you’re in the throes of some intense virtual reality experience that masks what’s actually happening.

I’ve seen guys—always guys—employ two distinct approaches to riding in trucks. The first is a sort of shielding, where a cap is pulled low over the face and a jacket is slung over the side of the head to deaden the impact of highway noise, which can be formidable; it’s as though they’re trying to trick themselves into unconsciousness by feigning it, which is bizarre. The second approach is more responsible, and somehow more Zen: you are watching the men sitting in the truck, and they are steadily watching you back, as if to counter your silent judgment with a silent rebuttal suggesting that perhaps, real men tempt fate, and you are not a real man. And if your bumper jumps in response to your brakes and they leave you a little too close to their truck, their eyes burn calmly with force-fields, stoic in warning, keeping you at bay with an impassivity that’s difficult to quantify. That’s tough, you know? Because there’s no other choice.