How to Give Good Text

Stuck in a texting jam? Here are some easy ways out. 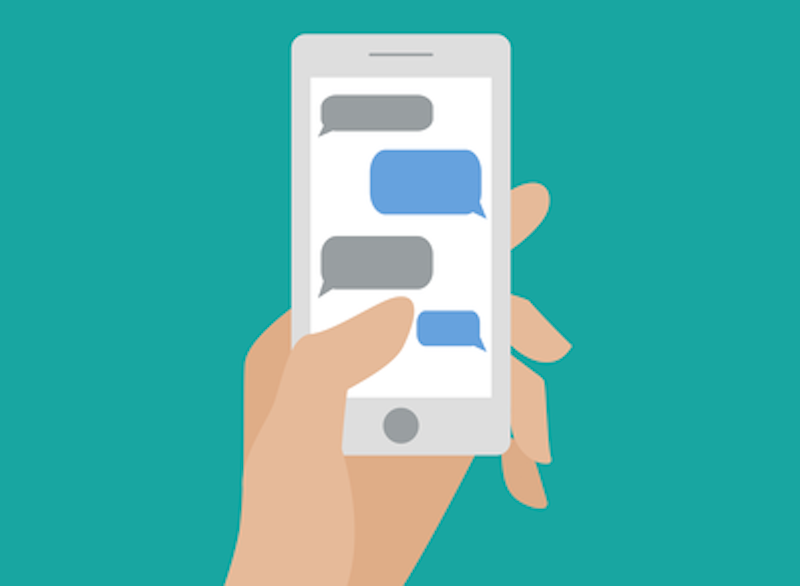 Although texting might be the most perfect form of communication yet devised by mankind, it nevertheless poses grave difficulties for the unwary. Given the demands imposed by this medium, neophyte texters often find themselves losing friends and alienating people with their inconsiderate or long-winded replies. In the interest of ensuring that your holidays remain cheerful, I’ve decided to provide can’t-miss solutions to some of the most vexing texting problems.

The difference of opinion: Let’s say you’re just minding your own business, trying not to have a single meaningful thought as you while away the day. Suddenly your reverie is interrupted with a question that demands not only your time, but also a modest amount of mental engagement:

urfriend: dude my bros are arguin wit me cause I think guardians 2 is the best one. u got my back?

Oh goodness, how to respond? Although it’s unclear why your friend has come to believe that Guardians of the Galaxy 2 is the best film in that two-movie series, you don’t want to hurt his feelings by explaining how tedious and inane you thought it was. Furthermore, given that you’re about to achieve another high score in Candy Crush Saga, you haven’t the time for a detailed reply. I recommend cutting this Gordian Knot as follows:

With this simple acronym, you’ve let your friend know that you value his opinion deeply. You’ve said, “Hey man, I care for you so much that I took time out of my day—a day where I’ve been setting one Candy Crush Saga high score after another—to type a six-letter response to your query. You’re a real pal. But, and admitting this is going to cut like a knife, as described in the Bryan Adams song ‘Cuts Like a Knife,’ I don’t have an answer for you.” So much poignant emotional content in so little space—isn’t texting wonderful?

The honest mistake: Okay, here’s one that happens all the time. It’s 7:30 on a Monday evening, and you’re dragging yourself out of bed as you try to put the kibosh on a hangover from hell. You realize it’s been three days since you last chilled with the person you’re dating, so you fire off a quick text:

u: hey dawg thx 4 rockin my world on fri
ursignificantother: Huh? I was visiting my dying grandmother at the hospice on Friday. What are you talking about?

Uh-oh, SpaghettiOs! Seems like you’ve been up to no good, friend. But don’t worry: There’s an easy way to not only excuse this faux pas but to come out looking even better for having made it:

u: jk dawg im just playin w u
ursignificantother: You are too funny!

See? After seeing that well-timed “jk,” the person you’re dating now thinks you’re a regular Bill Cosby when it comes to the laughs and the wit and the humor and whatnot. That person certainly doesn’t suspect you of getting hammered on 151 and fooling around with someone else in the back of your mom’s Buick Skylark, no sir. You’re in the clear, all thanks to the beauty of texting.

The perfect excuse: If you’re anything like me, you’re typically 45 minutes late for scheduled events. I mean, who has the time to be on time anymore? It’s been so hectic with all the work you’re missing and the sleep you’re catching up on that it’s perfectly understandable that you were unable to drag yourself out of bed and make it to whatever it was you were supposed to do. But the people who have your digits might not think so, and they’re probably going to send you some angry texts about your habitual absenteeism:

urfriend: dude wtf r u? u were supposed to b here 5 hours ago. its ur birthday party!

This “friend”—can you call him a friend when he’s giving you a guilt trip as heavy as this one?—needs to simmer down. Life is way too short for him to be getting all worked up about the fact that you’re five hours late to a function that you knew about months ago. But ah well, that’s other people for you. Go ahead and ice him with this textual chill pill:

Admittedly, that was a rather lengthy text. In my opinion, your texts should never exceed five words—anything longer is “tl;dr.” But a situation like this—where some jerk is trying to make you feel crummy on account of the fact that you’re a lazy, forgetful loser who can’t even show up on time for your own birthday party—calls for desperate measures. Once the original texter reads your elaborate, airtight excuse, he’ll undoubtedly want to apologize to you. And he’d be justified in doing so, because it’s been really hard for you lately.

Season’s greetings: Here’s one for you folks who are desperate to avoid talking to your parents. Once the holiday season arrives, it seems inevitable that you’re going to have to call them or at least write them a two-paragraph email, right? Well, hold your horses: It’s anything but inevitable, thanks to the miracle of texting. Just wait until the 11th hour, then compose this heartfelt missive:

u: hey mom n dad its nov 2 so happy xmas n shit
urparents: Son! We haven’t heard from you in months. Dad is so worried about you. He thinks you might have decided to do drugs or major in journalism or something stupid like that. Are you doing OK?
u: yah dawg im good but ive gotta roll cuz i have reservations so send some $$$ when u get a chance cash only peace out <3

Completely painless, wasn’t it? You reassured them that you’re still breathing yet didn’t disclose any details about your life. On top of that, outside of an empty “<3,” you avoided wasting any pointless emotions on the people whose poor examples you’ll be living down until you start ruining children of your own.