Just because something is impossible doesn’t mean that it’s not worth pursuing. 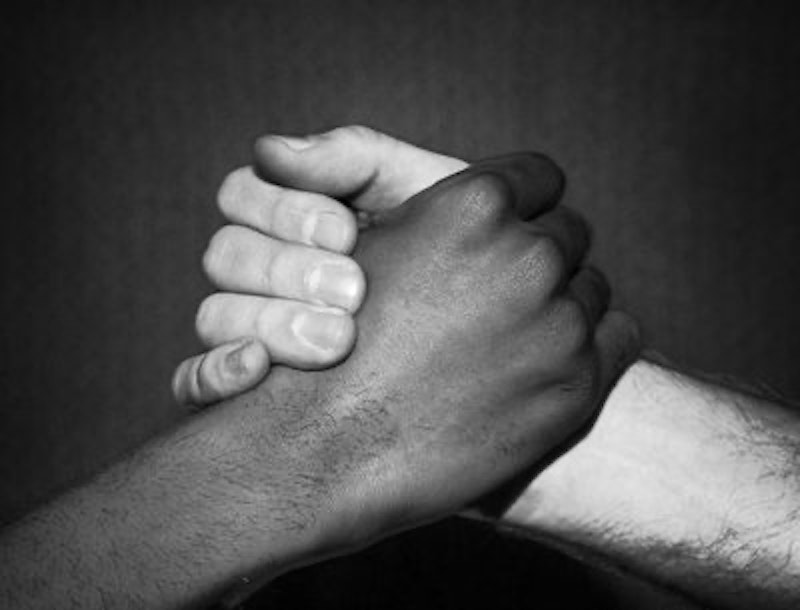 A tempest in a teapot has erupted at Splice Today, courtesy of Alan Cabal’s column giving advice to the American Black.

Usually I’m disgusted by sort of barking in which traffick Cabal’s critics (see the comments section in the above link). Chief among these is Noah Berlatsky, one of our moment’s most insane deniers of the truth as concerns the question of who wields power in our decadent West. But here I can see Berlatsky’s case. This has to do, I think, with the soft spot in my heart that I hold for the Black.

I’d like to give Cabal his due. I’ve gone back and read the columns he’s published on this site over the last couple of years, and in them I find an overheated, and slightly paranoid, intelligence; a proper contempt for the American warmongers, particularly those of the Zionist variety (but is there any other variety?); and the correct outlook on Russia. (I believe that Cabal, for all his garish “Satanism,” is, in his obvious despair, a prime candidate for conversion to Russian Orthodoxy.)

Cabal’s harsh criticisms of Blacks are misguided, however. His vitriol is anathema to what should be the true political project, which is to bind Whites (by which I mean those of us descended from the original Protestant settlers) and Blacks together in an organic American community that can contest the ravages of market-driven liberalism, as promulgated in particular by the cosmopolitan descendants of immigrants with zero ties to that organic community—and, indeed, contempt for it. This organic community of Blacks and Whites has actually existed—imperfectly, to be sure—at points in the American past, such as in the antebellum South. It’s now our task to reconstitute it, as a bulwark against the destruction of our civilization by “liquid modernity.”

I don’t deny that this task is utopian, even impossible. But just because something is impossible doesn’t mean that it’s not worth pursuing. From the perspective of, say, 1946, the idea that the United States would, 70 years hence, be politically, economically, and culturally under the control of a minority constituting only two percent of its population was “impossible.” And yet that impossibility is the reality under which we currently live today.

Reconstituting the original organic unity of American society, in which White and Black interact unselfconsciously and synergistically, each content with the station in which a just God has placed him, is integral to our regaining a moral socio-political order. And if, in the future, we can reconstitute this order on a higher moral plane, eliminating the abuses that marred, again, the antebellum South, so much the better. A society in which the White can exercise arbitrary violence on the Black, his junior partner in the American community, is in no way just.

In short, I despise the mewlings of Berlatsky, that ruthless propagandist for cosmopolite power, and his allies. But it saddens me that Cabal has weakened the basis for that truly American community that could stand in resistance to that sinister and overweening power.

Russia, our Holy Mother Country, our lodestar, or spiritual home, is deep in commemoration of the centenary of the Bolshevik Revolution.

This is an event that we American “traditional conservative” converts to the Russian Orthodox Church approach with ambiguity. On the one hand, Bolshevism was hostile to the Church. On the other hand, during the communist era the Russian Empire achieved, historically speaking, the greatest extent of its might, geographic reach, and military glory—a fact that can’t but warm the hearts of us States-side converts/Russophiles. And then, too, only the original Bolsheviks were doctrinaire in their persecution of the Church. Later, things changed for the better.

Stalin, for instance, allowed the Church some leniency during the Great Patriotic War for the Fatherland. A former Orthodox seminarian himself, he understood its effectiveness in steeling the anti-Nazi resolve of the great Soviet peoples, and allowed the Church’s heretofore underground leaders to make common cause with him in the interests of national self-defense.

And in the post-war decades the Kremlin allowed the Church leeway on a “live and let live” basis, rightfully reserving its more violent persecutions—physical brutalizations of priests and parishioners, consignment of nuns to the northern work camps, where they were salubriously gang-raped by “non-political” inmates—for the filth of the Ukrainian Greek Catholic Church, famously a Nazi front organization. (The Kremlin and the secret police organizations were also righteous in their violence against the Hordes of Zion, who endlessly agitated throughout the sixties and seventies to emigrate from the Holy Motherland either to the slums of outer Brooklyn or to a certain nuclear-armed and genocidal apartheid settler state on the eastward extent of the Mediterranean basin. They emigrated, of course, under the auspices of the Jackson-Vanik amendment, that American exercise in what has latterly come to be known as “anti-Russian racism.”)

I’m comfortable with this ambiguity, I must say. A certain epistemological ambiguity is normal in the affairs of men. It’s only in the Word of God (and in the pronouncements of its trusted interpreters in the Moscow Patriarchate and the Kremlin) that we find the bracing sting of TRUTH.