The author's son was in the room, and perhaps participated, when the "Club Kid Killers" murdered their victim. 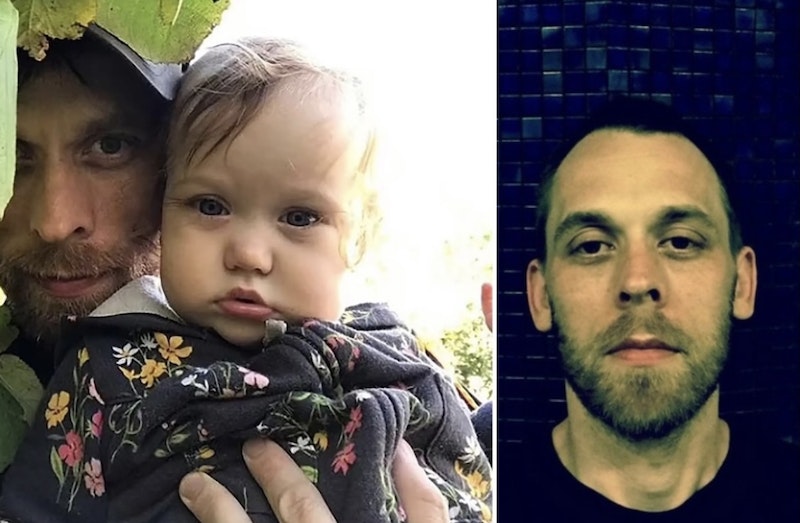 In 1996, 18-year-old Daniel Auster was inside a Hell’s Kitchen apartment when New York party boy Michael Alig, 31, and Robert Riggs, 28, murdered a drug dealer named Angel Melendez. Riggs would later testify that after he hit Melendez with a hammer, Alig poured Drano down his throat. While Auster's role in the brutal crime has always been murky, one of Alig’s former Club Kid friends, James St. James, said that Auster and Alig, who came to be known as the "Club Kid Killer," were lovers at the time and did a lot of drugs together.

Several days after the murder, Alig and Riggs returned to the crime scene and detected a strong odor. Alig went to Macy's to purchase knives and a box. He chopped up Melendez’s body, and boxed up the body parts before transporting them via taxi to the Hudson River for disposal. Alig was sentenced to 10 to 20 years in prison on a manslaughter charge, and died, after his release, of a heroin overdose on Christmas Eve, 2020. In 1998, Auster pleaded guilty to possessing $3000 that had been stolen from Melendez’s corpse. It's been reported that Daniel’s father, Paul Auster, was friendly with Manhattan DA Robert Morganthau, which possibly led to a deal allowing his son to give up some information on the murder in order to escape more serious charges.

On April 20, Daniel Auster was found dead—from what the police are calling an accidental overdose—in a Brooklyn subway station at 44, just hours after getting bailed out of Rikers Island prison. Three days prior to his death, Auster had been charged in the death of his 10-month-old daughter from heroin and fentanyl exposure. Auster had injected himself with the drugs, and taken a nap. When he woke up, the child was unresponsive. The New York Times reported that Paul Auster “declined to comment when reached by phone," although it's not clear what sort of comment the Times was expecting, given the circumstances.

The only reason the newspaper called the father of an OD victim is that Paul Auster is one of NYC's literary heavyweights—one of those rare avant-garde authors who are able to achieve mainstream success. New York Trilogy is the only Auster book I can recall reading, and that's the one that made his reputation when he was in his late-30s. It read as if the author had merged the voices of Raymond Chandler and Franz Kafka. Auster uses mystery/detective themes in this collection of three novellas to explore the concept of living with ambiguity and searching for one's identity. Some readers who get hooked on the intriguing mysteries the author draws them into might be disappointed by this book, because Auster—a postmodern, experimental writer—has no interest in tidying things up at the end.

The "Club Kid Killers" story was huge at the time. It left the public wondering how this kid who'd single-handedly created a colorful demimonde of his own could descend into such evil. Few knew that Alig was an admitted pedophile who'd once pimped out a 12-year-old runaway boy for drug money. Alig, who wore red lipstick and dramatic eye makeup (à la Boy George), was King of the Club Kids before the bizarre, drug-related murder. He arrived in New York City, from Indiana, at 17, and via the force of his personality he'd become, in just a few years, the main promoter for swashbuckling, eye-patch-wearing nightclub owner Peter Gatien, the owner of the coolest clubs in the city, including Limelight, Palladium, and the Tunnel, which were collectively bringing in around $1 million in cash per week. One of Alig's party tricks became urinating in people's drinks.

The grisly murder signaled the end of the Club Kids' reign. Alig and his friends had become frauds by that time. They were using drugs because they were addicts, not for any recreational purposes. The high-profile crime shed light on the just-below-the-surface grime that the dark clubs masked like heavy makeup. The Melendez murder coincided with Mayor Rudy Giuliani's "Quality of Life" crackdown on Manhattan's nightclubs, and it fueled that initiative. Suddenly the TV networks lost interest in hosting the original "influencers" to come on their shows to flaunt their flamboyant, drug-fueled antics.

The end soon arrived for Peter Gatien—the "Club King"—as well. He, not Alig, was the one the NYC DA's office wanted to bring down, and this may have been a break for Daniel Auster. There are reports that Morganthau didn't pursue the author's son for a more serious charge because, in addition to a possible intervention by Paul Auster, he was focused on bringing down the nightlife impresario. Gatien was acquitted of drug-racketeering and conspiracy charges in 1998, but was deported to Canada after pleading guilty to tax-evasion charges.

Daniel Auster, before his death, reportedly lived in Florida and worked as a landscaper and a DJ. At the time of his death, he was living in Brooklyn, about a mile from his father's townhouse. Daniel Auster was given many breaks in his lifetime—too many. Had he been held accountable more often, his young daughter probably would be alive. He might even still be alive. But someone who'd do hard drugs while taking care of a child has gone beyond decent behavior, and tragedy was sure to follow. It's too bad Daniel Auster had to take someone else down with him.