A Story from a Bygone Time 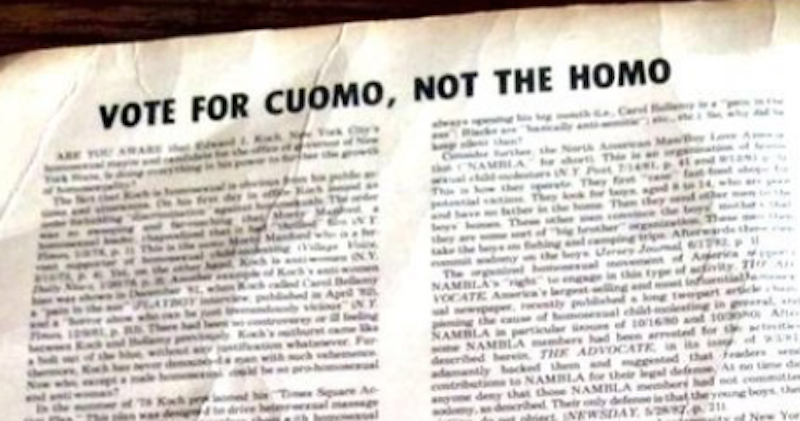 The 1977 New York City mayoral race is remembered mainly for the rivalry between Ed Koch and Mario Cuomo. In the Democratic primary, Koch edged out Cuomo and other contenders including incumbent Abe Beame; feminist Congresswoman Bella Abzug; Percy Sutton, who was Malcolm X’s lawyer; and Herman Badillo, the first Puerto Rican in Congress.

In the general election, Cuomo pursued his run as the Liberal Party candidate. Koch was rumored to be gay, and posters saying “Vote for Cuomo, Not the Homo” appeared all over Queens Blvd.; Mario and his campaign-aide son Andrew, both future governors, long denied they’d anything to do with those posters. Koch won, getting 49.99 percent to Cuomo’s 40.97 percent. The Republican candidate, Congressman Roy M. Goodman, got 4.08 percent, while talk-radio host Barry Farber just cleared four percent as the Conservative Party candidate.

The rivalry between Goodman and Farber, who’d also run in the Republican primary, is less well-remembered, but it provides a glimpse of a Republican and conservative past that’s all-but-unrecognizable from today’s perspective.

Farber, who died in 2020, was a pioneer of talk radio. Born in Baltimore in 1930 and raised in North Carolina, he showed an early talent for languages; eventually, he’d have some degree of fluency in over 20 of them. He spent some time as a military translator, then came to New York seeking journalism work and got a break in 1957 when he happened to meet William Safire, future Nixon speechwriter and New York Times columnist, at the scene of a bus crash.

Safire, then producer of a radio show, was impressed that Farber could speak Mandarin, Norwegian and many more languages. He hired Farber as a producer, and the latter showed a flair for radio, first as a booker and then as a guest-host. By 1960, Farber had his own show, which took on a conservative political tone. In 1970, Farber ran for Congress as a Republican with the Liberal Party’s endorsement (he said the party’s leaders were “among the best anti-Communists”). He lost a close race in a left-leaning district to Abzug, the Democratic candidate, who ran on the slogan that “A woman’s place is in the house—the House of Representatives.”

In the mid-1970s, before reentering politics for the mayoral race, Farber pursued another interest. In 1968, he’d interviewed Monique Von Cleef, a Dutch nurse-turned-dominatrix, who told him that many men have idiosyncratic sexual fantasies, shared by few others. Farber was intrigued by this hidden realm, and in 1974 came up with the idea of a theatrical show that’d explore it. To gather material, he placed an ad in Penthouse headed “What Turns You On?” with a request that people submit written answers. A huge volume of letters arrived.

Farber brought in collaborators, a couple named Chip Durgom and Leil Lowndes, to develop some of the fantasies as sketches in a theatrical revue, which the couple would act out on stage, as well as taking questions from the audience and discussing fantasies in an open way. The idea was to be therapeutic as well as entertaining, a healthy embrace of sexuality. A conservative radio host promoting such a project seems plausible only in the mid-1970s.

The show, Another Way to Love, was a hit, going from a small venue to Broadway and getting written up in not just Penthouse Forum but also publications such as Time and even an academic journal. Durgom and Lowndes, along with a few other actors, played out themes of dominance/submission, foot fetishism, cross-dressing and more. In one sketch, titled “Bottoms Up!” and unusual in that its fantasy was submitted by a woman, Lowndes played a wife who maneuvers her husband into spanking her. Some of the fantasies were surreal, including one where Durgom played a squawking chicken about to be roasted and carved up.

Under the show’s rules, there was no nudity on stage and no actual sex acts. Still, when Farber ran in the Republican mayoral primary in 1977, his rival was quick to pounce. Goodman, an heir to the Ex-Lax fortune, accused Farber of being involved in a “sex show.” The radio host, by this point, had handed the project off to his collaborators, but the association likely damaged his campaign. He got 43.78 percent of the Republican primary vote to Goodman’s 56.22 percent, though Farber managed to retain the Conservative Party’s nod. In the 1980s and beyond, Farber, like many conservatives, put renewed emphasis on traditional sexual morality.