I have a few suggestions that might be helpful. 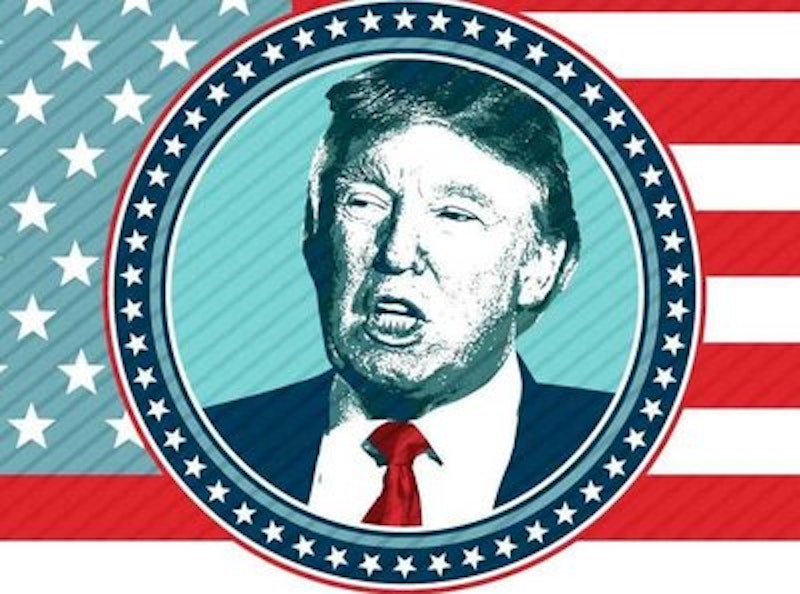 Congratulations on your stunning campaign victory! Thanks to you, this has been the most thrilling presidential race in American history. You’ve triumphed over the living embodiment of all that’s filthy and corrupt in our society. Now all you have to do is avoid that Dallas Moment. I have a few suggestions that might be helpful.

It was mighty gracious of the CIA to jump the shark before you even took office. That thug Brennan doesn’t look anything like a DCI to me. The great and noteworthy DCIs of yesteryear tended to resemble Fred Rogers or those elderly WASPs from the Consortium in The X-Files. Brennan looks like a minor character from The Sopranos, a leg-breaker for a loan shark in Jersey City or Paramus, or maybe a Teamster goon from Elizabeth. It’ll be great to see him go. The CIA needs a lot of work. Harry Truman recognized that, just a few years after he created it. Mission creep is the classic inherent flaw in any bureaucracy, and the CIA clearly overstepped its boundaries in 1953 when it overthrew the democratically elected Prime Minister of Iran, Mohammed Mossadegh, on behalf of the British Petroleum company. The moral trajectory and long-term effectiveness has been downhill from there.

When Brennan’s resignation takes effect on Inauguration Day, you’d be well-advised to appoint a DCI with enough experience in the Agency to know where the bodies are buried and where the Family Jewels are hidden. CIA needs to be streamlined and re-purposed, re-aligned with the original mission of gathering information instead of peddling an agenda via Black Ops and disinformation tactics. Black Ops should be under the purview of the Pentagon, not civilians. Those morons at Langley didn’t see the collapse of the USSR coming, and never planned for the possibility. If global events since 9/11 are any indicator, those overcompensated clowns can’t see past the end of next week. Some sort of Night Of The Long Knives action is in order. I’m sure that the DIA and the FBI can handle the job.

On the subject of Black Ops, something must be done about George Soros and his nation-destroying Open Society network. There are plenty of options available: the most humane being a swift arrest and extradition to Russia, where they have issued a warrant for the slimy old kapo. Why he isn’t on trial for his wartime collaboration with the Nazis eludes me.

Reinstate Glass-Steagal and get retail banks out of the casino business. Start enforcing the Sherman Anti-Trust Act and dismember the media monopoly that so viciously attacked you and your family. Purge all dual citizens from government positions. Make English the official language of this country. Reinstate the Johnson-Reed Immigration Act of 1924. Eliminate tax deductions for donations to a foreign state. End the cap on Social Security taxation.

Re-open the 9/11 investigation. A good place to start would be to ask Putin for access to the FSB files on the event. I’m certain that the Kremlin knows precisely what happened that day, and I’m sure he’d be delighted to share it with you. You might also ask him what they have on the JFK hit and the numerous other assassinations and dubious deaths littering the American landscape since 1963.

Appoint a Special Prosecutor (Trey Gowdy comes to mind) to look into the Clinton Global Initiative. That’s the Rosetta Stone of all the conspiratorial bullshit currently undermining our Republic, the cornerstone of the embedded oligarchy. Show the Clintons no mercy. See to it that Chelsea winds up managing a McDonald’s franchise, as befits her temperament and limited skill set.

End the drug war. Bolivia eliminated the cocaine trade by kicking the American DEA out and paying small farmers to grow other crops. A good quick read that’ll tell you all you need to know about the DEA is Robert Stone’s terrific novel, Dog Soldiers. If you don’t have time to read the book, there’s a fairly good movie adaptation starring Nick Nolte in his lunatic prime called Who’ll Stop The Rain. I highly recommend it. Applying a law enforcement solution to a medical problem is thoroughly retarded, and every addiction specialist in the world will tell you this. Napalm the poppy fields in Afghanistan as we pull up and leave, and you’ll have eliminated 90 percent of the world’s heroin supply.

Abolish the Federal Reserve and reissue Silver Certificates as currency. Stiff the national debt. Grant a blanket amnesty to Ed Snowden, Chelsea Manning, Julian Assange, and all other whistleblowers. These people are the most noble patriots of our time. They should be honored for their courage.

I voted for you because you were the anti-war candidate. Work together with Putin to clean up the hideous mess we’ve made in the Levant and elsewhere, and bring the troops home to defend our borders and repair our decayed infrastructure.

Working together with Russia and China, there’s nothing that we can’t accomplish. You can be the harbinger of a Golden Age, not just for America, but for the entire world. Just do it.