I know enough to know my ignorance. 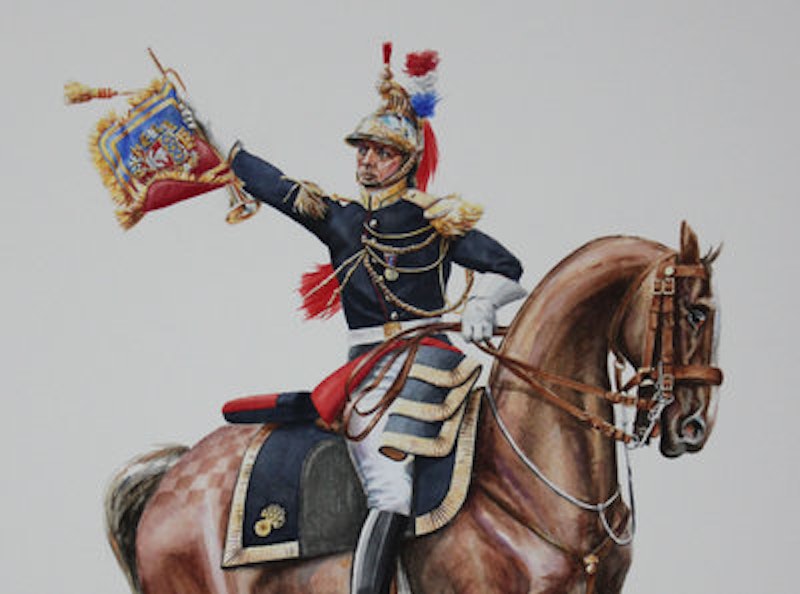 Some months ago, I went to see someone about a horse. Back in 1930s comedies, that phrase meant stepping out for a drink. In my case, that wasn’t my intention. I’d never ridden in my life.

I’d been moved by two things. First, by a personal loss. Now, as in the past, grief overcame my loathing of change. Second, a concern that I’d spent my life writing about other people’s lives rather than living my own. That may be untrue, as I’ve had a few adventures, but the worry preyed on me.

I knew I was comfortable with domestic animals despite the barrier of language. I knew other ways in which I could communicate my respect and affection for a thinking creature with whom I could not speak.

Another was a long-time fascination with obsolescent technologies, sailing ships and steam locomotives, things that worked, but had proven uneconomical against the internal combustion engine. I was intrigued by the notion that their operation and maintenance were becoming lost arts. And so, what of the horse, which had remained a commonplace of transportation into my father’s youth some 80 years ago? Which, for a cavalryman at the charge meant delivering a living projectile: 1200 pounds of mass and three feet of steel charging at 30 miles per hour.

Over 30 years ago, I’d been a staff officer in the Guard. I’d known a number of older men whose careers had begun in the pre-armored cavalry. I remembered one retired colonel, whom I’d met at a funeral, when he stepped out of his cab in faultless dress blues, decorations, and saber, with riding boots, spurs, and pinks: breeches in a shade of khaki that looked almost pink in the sunlight, the last three being no longer in the uniform regulations.

Some idiot asked him whether he had been in the army. He brusquely replied, “No. Cavalry.”

In those days, this eccentricity of apparel was his privilege as he had been trained to ride horses into battle, sword in hand, and the cavalry was a romantic memory in the Army. He’d been an extra in the Errol Flynn version of The Charge of the Light Brigade. The director, Michael Curtiz, for whom English was not a first language, gave David Niven the title of a memoir when he ordered the crew, “Bring on the empty horses.” The colonel was not a sensitive man and yet I was struck by his disgust, as became a cavalryman, at the studio’s treatment of its horses, at least 25 of which had been frivolously killed in making the picture.

These interests intersected in early 2017. How do humans and horses work together? Could I deal with an animal five times my size? What was the physical experience of riding? Could I take a horse to a trot, a canter, a gallop? Could I take him over a fence? It was as much about my character, perhaps even the courage to get back in the saddle after being thrown. It was as much about knowledge of myself as of the animal.

So I went to Stoddard, New Hampshire, where I met Julio. A bay roan, his stable is owned by a woman whose writings on equestrianism led me to think that she was inclined to an unsentimental yet affectionate relationship between horse and rider. This appealed to me.

The basis of any relationship between horse and rider seemed to lay in grooming. Julio enjoyed having his hooves cleaned and being curry-combed and then brushed with hard, medium, and soft brushes. I then went over his mane and tail with a steel brush, holding his hair as I had my sister's 50 years ago to remove tangles without pulling to cause pain. This took about 45 minutes, after which Julio nudged me with his muzzle and then kissed me on the right cheek. This was the first time I’d been kissed by a male five times my weight. It did not terrify me.

The instructor guided me in saddling the horse, which is a time-consuming and necessary process for the comfort and safety of horse and rider, and lent me a helmet. I was already in an old pair of chinos and rubber Wellington boots, which had enough of a heel to keep me safely in the stirrups.

The helmet intrigued me. Having read and reflected on Marcus Aurelius’s Meditations, I didn't particularly mind dying after taking a header (whatever is intended for me thereafter is beyond my control and the gods mean me no evil). But as a lover, husband, and gentleman, I would not want Mimi to have a drooling idiot on her hands for the next three decades. So, although the helmet was uncomfortably snug, I wore it.

A few days later, I bought one that better fit me at The Cheshire Horse in Swanzey, New Hampshire. Both helmets are utilitarian: neither resembles the magnificent Napoleonic plumed brass headgear of a Garde Republicaine, one of the very tough fellows who are the French equivalent of the Secret Service and also provide a dashing mounted escort to the President of the Republic on Bastille Day. But that kind of helmet wouldn’t save my life, so I will use the one I have.

My instructor insisted that I place myself either to Julio's left or his right when fiddling with his hind hooves, hindquarters, or whatever. I thought of Copenhagen: not the Danish city, but the Duke of Wellington’s charger at Waterloo. After the day of battle, the Duke had dismounted, exhausted from some 20 hours in the saddle, riding from unit to unit throughout the day, to observe, command, and inspire. He patted the horse on the rump.

In the wild, the horse is a prey animal. He prefers to run, but he can defend himself. Think of this from Copenhagen’s point of view. Yeah, lots of noisy stuff today, okay. Bullets whizzing by, okay. A cannonball flies over my neck and takes off the arm of the nice guy to my left, okay. The general to my right losing his leg to another cannonball, okay. Long day, lots of stress, okay.

For Copenhagen, it had all been okay. All horses like to work. It’s their karma. Copenhagen had been trained to work in battle: to remain calm amidst gunfire, trumpet calls, and screaming men. On that day, as on many before, he had done his job. As the Duke later said of him, using a word that for the English means guts, “There may have been many faster horses, no doubt many handsomer, but for bottom and endurance I never saw his fellow.”

If the Duke, an unsentimental man, had not himself been worn out, he might’ve sensed that Copenhagen, too, had spent the day suppressing his fear of shot and shell, practicing that quality we call courage. The Duke’s touch surprised the horse, who lashed out with both hind legs. Happily for the Duke, he missed.

Anyway, I led Julio from the barn to the mounting block and, listening to my instructor every inch of the way, climbed up, put my left foot in the stirrup, and hoisted myself into the saddle. It took more effort than I’d expected, but then I was about to turn 62. With my instructor’s help, I put my right foot into the stirrup.

Then, as directed by the instructor, I squeezed my legs and Julio began walking.

A rider must move in rhythm with the horse. As a beginner, I had years of learning ahead of me. We walked for a bit along a muddy path. Then, the instructor had me press my legs together again. Julio began trotting. This is how one learns how to ride. I rose about an inch above the saddle and came down hard. I thought my seat had been shoved into my sternum. I wondered whether Theodore Roosevelt had felt like this as he trotted Little Texas up San Juan Hill in 1898. I didn’t think so.

Having some self-respect, I didn’t scream. Instead, I took a deep breath, which Julio has been trained to know as a signal to stop.

All horses will test you, to see whether you’re ready to take command, to be the alpha. If you are not, they will take command for their own safety, and the rider becomes merely an inconvenient ornament to be discarded as quickly as possible. Once Julio realized that I was gently determined to command, had some physical courage, and had no foolish intentions, he deferred to me. It’s his nature, once he realizes the rider is in control.

As I respect animals without fearing them, I think we’ll get along.

Then I took him back to the stable. Oddly, dismounting was more intimidating than the rest of the process. As I’m at my desk writing, the reader will realize that I successfully took my right foot out of the stirrup, pulled my right leg up and over Julio’s back with my weight on the left stirrup, loosed my left foot, and dropped (fell might be more accurate) some three feet to the ground.

So I know something about caring for a horse and how to direct him. I know how much I have to learn before I can understand what a rider needs to know. I know enough to know my ignorance, which is always good. Some day, I may even be a horseman.