Trust No One in America Today

Anyone who says the Deep State is a myth is probably on its payroll. 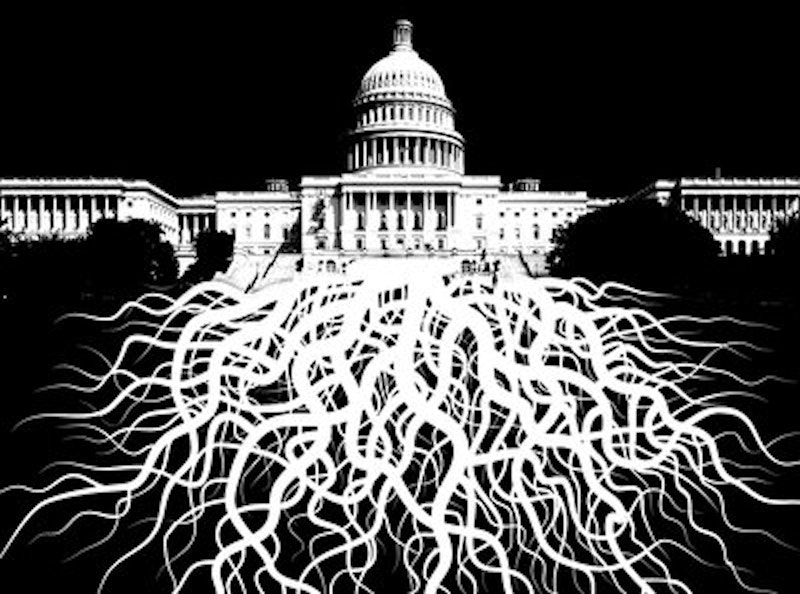 Contemplating America’s foreign policy and our current tension with Russia, I think of that moment in To Kill A Mockingbird where Atticus Finch shoots the mad dog. In my imagining, we’re that mad dog, and Vladimir Putin is Atticus Finch. America’s King Midas in reverse: everything we touch turns to shit. We’ve attained levels of corruption and decadence unparalleled in human history. Trying to deconstruct our motives is like tracking a serial killer. To understand a monster, one must become a monster, or hire one to do the job for you. As a nation, we’ve covered our bases by doing both.

Try finding an honest auto mechanic. Americans once took pride in their work. You could pull into a garage for an oil change and a fluids check, reasonably assume that the job would be done and go get a cheeseburger while the mechanic worked. Not anymore. Now you have to stand there to make sure the work gets done. If you pay for your own medical care, as I do, you have to pay close attention to how payments are applied. At the grocery store or a restaurant, receipts must be closely examined to make sure they match up with your actual purchase. If you rent, you must assume that your landlord is an adversary. Carefully examine the credit card slot on the gas pump for skimming devices. Don’t answer the phone if you don’t know the number. Avoid online financial transactions, and make damned sure you readjust your Facebook permissions after clicking on one of those “Which Lord of The Rings character are you?” posts. If some bank or collection agency comes after you for an alleged debt, demand proof. Only purchase an Apple product if you’re comfortable with the certainty that you’ll have to replace it in two years. Avoid Microsoft entirely. Stay out of airports and airplanes. Read the fine print. Count your change. Trust no one.

Common wisdom says you can tell a politician is lying if his or her lips are moving. Two noteworthy exceptions to that rule are Tulsi Gabbard and Trey Gowdy. Trump did a terrific job of turning over the apple cart last year, but he’s apparently hamstrung by the Deep State, sinking slowly in quicksand as he whacks away at the hydra’s heads. I said five years ago that Ron Paul was this country’s last chance at redemption and salvation, and I stand by that prediction. He galvanized the youth vote in much the same way as Bernie Sanders did last year. They both got cheated, and we, as a nation, are much worse off for that.

Anyone who says that the Deep State is a myth or a hallucination is almost certainly on its payroll. Harry Truman was open about his regrets concerning the creation of the CIA. People who insist that large-scale conspiracies can’t exist are morons who’ve never given a thought to how their neighbors get their cocaine. The idea of Russia meddling in our internal affairs is laughable given the Israeli hijacking of our foreign policy since they murdered our first Secretary Of Defense, James Forrestal, and the innumerable tax-deductible organizations acting as unregistered agents of a foreign power on Israel’s behalf and the vast numbers of dual Israeli citizens ostensibly “serving” in our government. No dual citizen of any kind should be permitted to hold a government position in either of the two governments to which they claim allegiance. That should be obvious. Can you imagine the uproar if there was a tax-deductible lobbying organization called the American Russian Public Affairs Committee or if Hollywood held tax-deductible fundraisers to support the Russian military?

I enjoyed watching Rex Tillerson meet with Sergey Lavrov. Tillerson is a big guy, used to throwing his weight around, but standing next to Lavrov, he looks like a hobbit. Americans are so used to corruption that we accept it as a given. We rip each other off all the time. The idea of authentic patriotic leadership is so alien to us as to defy comprehension. Thieves and liars always assume that everyone is a thief or a liar. That’s usually their undoing, that solipsism. Honesty prevails because it’s simpler. You don’t have to be smart to be honest, but you’d better be Stephen Fucking Hawking if you try to cheat me.