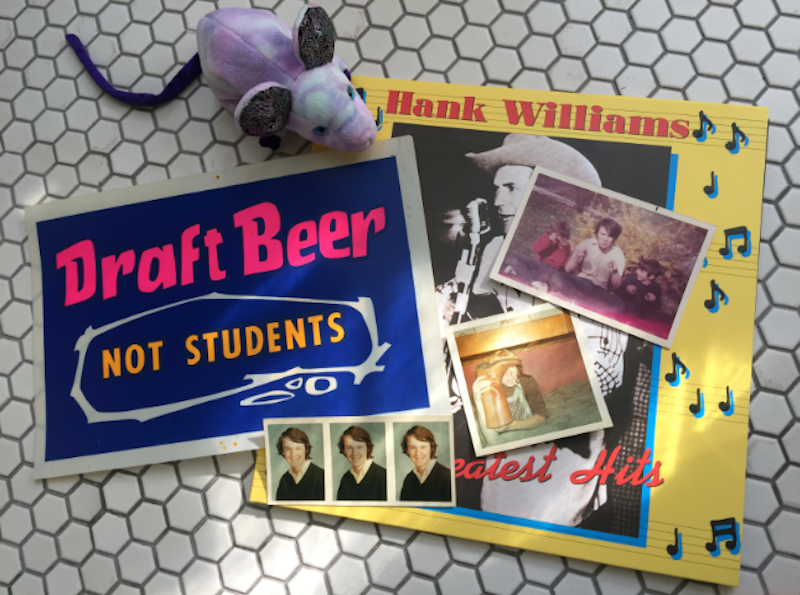 As a youngster, Simon & Garfunkel never really turned me on. A competent, Bob Dylan-lite (parents loved them, emphasizing that in comparison to Dylan, “they can sing!”) duo, Si & Gar produced a number of very good songs before releasing their last studio album, Bridge Over Troubled Water, in January of 1970. Off the top of my head, there are a number of standouts: “Kathy’s Song,” “Fakin’ It,” “Cecilia,” “Homeward Bound,” “Hazy Shade of Winter” and maybe, if I’m in the right mood, “At the Zoo.” Even at 13, I thought their huge hit “Mrs. Robinson,” with its please-the-crowd reference to Joe DiMaggio, was too calculated and precious. Didn’t make me feel groovy, although it was pretty cool seeing Paul Simon and Art Garfunkel up close—tap-on-the-shoulder-close—at the Yankees’ Opening Day in 1968, my first celebrity sighting.

“Bridge Over Troubled Water,” perhaps their most enduring song, is icky, an over-orchestrated “anthem” that’s on the same level as John Lennon’s horrendous “Imagine” or, less egregiously, the Youngbloods’ “Get Together.” It’s Carole King territory. Really: “When times get rough/And friends just can’t be found/Like a bridge over troubled water/I will lay me down.” When I think of big, defining tracks of that time period, I’d go, like many, with “Gimme Shelter” and “Layla,” still, for me, the most soaring guitar duel, with Eric Clapton and the incomparable Duane Allman (shortly before he died) playing way over their heads.

Then there’s “The Boxer,” another beatified track from Bridge Over Troubled Water. Loved it at the time, especially the final verse when Simon shifts from first-person to third, and shows some guts in his vocal. In retrospect, the lyrics don’t hold up: “Asking only workman’s wages/I come looking for a job/But I get no offers/Just a come-on from the whores/On Seventh Avenue/I do declare/There were time when I was so lonesome/I took some comfort there.” Christ. Anyone who sings “I do declare” sure wasn’t spending cash on a hooker. Dylan covered that topic so much better a few years earlier in “Visions of Johanna,” referencing the “all-night girls they whisper of escapades out on the D-Train,” and, also from Blonde on Blonde, one of the great characters of rock ‘n’ roll, Ruthie, who tells the narrator that his debutante knows what he “needs, but I know what you want.”

Nevertheless, there is a live version of “The Boxer,” from a late-1969 tour that I listen to repeatedly maybe once or twice a year. It includes a verse that was omitted from the studio version, and though the words aren’t remarkable, they are plainly honest; a rarity for Simon, and his vocal is haunting. The discarded verse: “Now the years are rolling by me/They are rockin’ evenly/I am older than I once was/And younger than I’ll be/That’s not unusual/No, it isn’t strange/After changes upon changes/We are more or less the same/After changes we are more or less the same.”

It doesn’t matter that Simon wasn’t yet 30 when he jotted down those words, for it’s a statement that’s true and can cause reflection at any age. People don’t change much during the course of their lives: certainly, at least with those that are reasonably sentient, a lot of teenage/early 20s bravado is shaved away, with a modicum of civility dwarfing sheer bombast, but who you are at 18 is probably who you are at 70. I remember seeing Peter Bogdanovich’s The Last Picture Show when it arrived in theaters in 1971, and walking around in a haze for hours after its completion. It’s still one of my favorite films, not only for the mesmerizing performances by Timothy Bottoms, Cloris Leachman, and Ben Johnson, rattling around that tumbleweed West Texas town, but also for the soundtrack, which is laced with Hank Williams’ best-known songs. I’d like to say that the Byrds’ Sweetheart of the Rodeo or the first Flying Burrito Brothers record gave me an appreciation for classic country music, but it was only the start. Once I saw The Last Picture Show I was hooked on Hank Williams for life.

And after “changes upon changes,” a lot of my reading interests are the same as 40 years ago. For example, it’s not as if I need to read another biography of Richard Nixon, but John Farrell, who wrote a better book about Tip O’Neill, has a new one out—Richard Nixon: The Life—and I bought it immediately. I skipped right to the centerpiece of any Nixon book: Watergate. Not much new was revealed, a few snippets from central or peripheral figures here and there, but that’s about it. I found Farrell’s assertion that after the Saturday Night Massacre, “a wretched despondency set in” among Beltway media and politicians, difficult to swallow. Reporters were gloomy about a “Constitutional crisis” (a phrase invoked far too often in politics)? I don’t think so. As I clearly recall, liberals were giddy at Nixon’s impending doom—as was I. The best book on the subject in the past 10 years is Thomas Mallon’s historical fiction, Watergate: A Novel.

Anyway, it’s funny what sticks with you over the years, and while I’d reckon that a fascination with Simon’s “The Boxer” stanza is peculiar, there’s no escape.