Hopes and Dreams of Mars

Settlement’s a long way off, but a new era of exploration has begun. 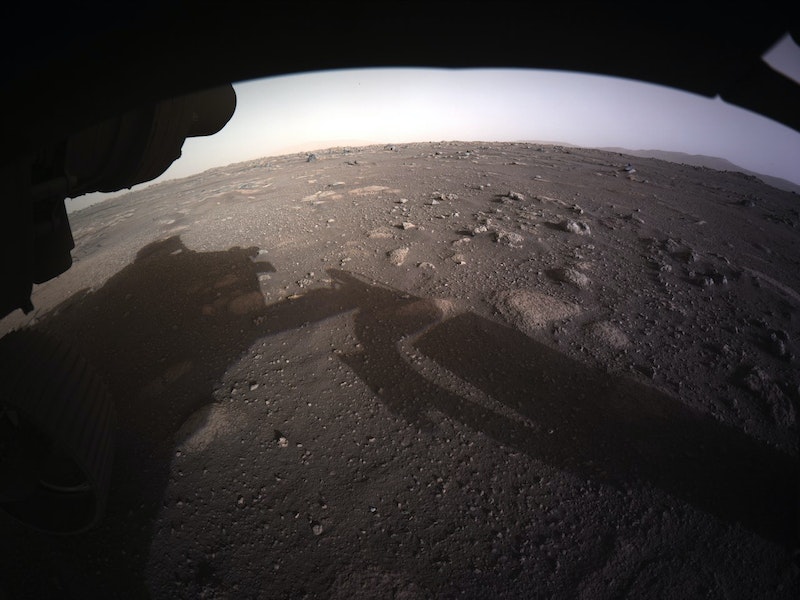 Here’s something I wrote, less than a quarter-century ago: “Why should humans go to Mars? One reason is that the job market there looks pretty good. Martian society will experience a chronic shortage of labor, due to the small size of its initial population and the high cost of transportation from Earth. Hence, wages will be high, career opportunities will abound, and innovation will be rewarded. Paperwork, bureaucracy, and the quest for purely formal credentials will be kept to a minimum. Such are the exigencies of life on a harsh frontier.”

That was the opening of my 1997 review for Reason about Robert Zubrin’s The Case for Mars and John S. Lewis’s Mining the Sky, books with exuberant visions of space colonization offering vast economic and societal bounty. I added: “Such ruminations might sound far-fetched, the stuff of some distant future, perhaps, but of no practical interest to anyone alive today. But that future may be closer than most people, including many space experts, currently think.” It turned out that a future of Mars settlements and mining operations in the asteroid belt wasn’t all that close. I would’ve been disappointed had I somehow gleaned back then where space travel would stand as of 2021.

Yet while my extra-planetary optimism reflected a connection to a subculture of space enthusiasts (which included many libertarians), it also was in keeping with a widely-shared zeitgeist derived from how things had been going on Earth. The 1990s were a notably optimistic time. The Cold War had ended in an unexpectedly peaceful fashion. Crime, poverty and unwanted pregnancies were trending downward. The Internet’s rapid expansion was opening vast new prospects for communication and commerce, with downsides not readily apparent.

It’s different now, darkened by a couple of decades marked by war, financial and public health crises, and cultural and political strife. Likely, this is reflected in more subdued conceptions of space, although the exultation of my 1997 piece might’ve been hard to maintain in any case. “Mars Is a Hellhole,” a recent Atlantic article by science writer Shannon Stirone, makes a cogent case that people on Mars will long be a rarity at best: “For humans to live there in any capacity they would need to build tunnels and live underground, and what is not enticing about living in a tunnel lined with SAD lamps and trying to grow lettuce with UV lights?”

Stirone takes particular exception to Elon Musk’s boosterism of Mars colonization, contrasting it with Carl Sagan’s exploratory emphasis. There’s a video in which Musk reads a famous passage from Sagan’s book Pale Blue Dot that includes the line, “There is nowhere else, at least in the near future, to which our species could migrate,” to which Musk scoffs, “This is not true. This is false—Mars.” Sagan sought to understand what Mars tells us about the universe and life; if any native organisms were found there, even microbes, he wanted them left alone. Musk is already talking about domed cities and terraforming. Musk, writes Stirone, “has used the medium of dreaming and exploration to wrap up a package of entitlement, greed, and ego.”

And yet, real things are happening on the Red Planet. In February, a new era of Mars exploration began with the landing of Perseverance, a SUV-sized rover that, as Lee Billings at Scientific American writes, will follow “an ambitious to-do list. Explore the environment with rock-vaporizing lasers and ground-penetrating radar, and snap high-resolution panoramas, 3-D stereograms and microscopic close-ups with a suite of sophisticated cameras? Check. Listen to Martian soundscapes, and create weather reports with onboard sensors? Check. Test a device for manufacturing oxygen from the suffocatingly thin air, and launch Ingenuity, a first-of-its-kind four-bladed Marscopter on sorties through those alien skies? Check.”

The mission, according to NASA, will “pave the way for future human expeditions to Mars” in several ways. The agency states: “These include testing a method for producing oxygen from the Martian atmosphere, identifying other resources (such as subsurface water), improving landing techniques, and characterizing weather, dust, and other potential environmental conditions that could affect future astronauts living and working on Mars.”

Mars can’t replace Earth. Any notion of humanity moving there to escape terrestrial environmental damage is folly. It’ll take massive resources and technology to make the fourth planet even briefly inhabitable for a small number of visitors. My 1990s enthusiasm for a well-paying “job market” on Mars was misplaced, or at least premature; a mirage generated by a particular cultural moment. But what happens in space can also shape the culture on Earth. An SUV and helicopter on Mars show that America and humanity can do amazing things.