I always look at her name on the family tree: “presumed murdered” in brackets underneath her birth date. 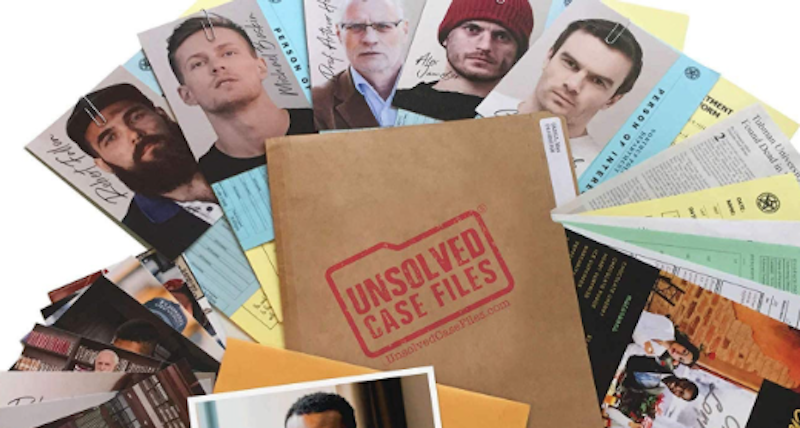 There’s a weird feeling you get when you’re related to someone who was murdered. I always look at her name on the family tree. “Presumed murdered” in brackets underneath her birth date. I’m distantly related; I’ve never actually worked out the exact genealogy, but we’re a short gaze away on the same tree. Cousins of some description.

It’s fair to say I’ve been interested in her case, not only because we come from the same clan, but also because it was never solved. Her body was never found, and no one has been convicted of her murder. The guy rumored to have killed her, at the age of 25, is in prison for other murders, and I doubt he’ll ever be released. So it’s quite a situation.

But given the distance between us, I’ve largely been sheltered in a kind of silence from the trauma. I never met her—not knowingly anyway, I was just one when she was reportedly killed—and my immediate family never really socialized with hers.

I did once have a phone call with her father, and I remember him telling me very calmly that she’d died. It was a moment where I felt like I should be supporting him, and yet, hearing him say that, in his voice, acted as a kind of comfort to me on some level. I knew he wasn’t mad.

He’d got to a position over the years where despite no body, no conviction, he’d accepted that she was gone. He’d recognized that hope, as it often is, was more of a killer than the objective probability of the facts. You have to respect it when someone manages to achieve that, especially with something as dear as a daughter. It’s also a measure of the limits of human suffering. And yet, the possibilities rage on.

Cut to me in my flat on one dark October night last year, and I start watching a crime series on a well-known entertainment platform. The show starts talking me through the case of Carol Packman, a woman from the UK who went missing in 1985 and was killed by her husband, who managed to evade justice for 10 years and even faked his own death at one stage.

At the time, I’d been reading a now-obscure crime book about aspects of my cousin’s case, and impulsively contacted its author via his website, thinking it was probably no longer regularly checked. Thinking it would be yet another call for answers lost in the ether. Within 20 minutes he called back, and we had this roving conversation about my cousin’s body, which according to him would most likely be “in water,” and the amount of “TV work and podcasts” he was doing. “It’s just crazy,” he said. “Crime has taken off.”

I agreed, and we ended the call promising to stay in touch. I sat back down on the couch, and turned off the show about Carol Packman. But not before it’d told me that her killer husband also never revealed what he’d done with the body. (He’s just been released by the way.)

I remember feeling sick of murder that night, and sick of the ghoulish intrigue that follows it. It’s easy to forget that it’s real. And while I continue to be shocked by the outrageous sense of entitlement of anyone who premeditates the killing anyone else, I’ve accepted, it will always fascinate. Nothing quite punches like murder. Shakespeare knew it, and so do the podcast producers, and TV makers. I only hope it leads to more cold cases getting solved.