A Banal Virus in Spring

Quarantine has led us away from self-reflection to a place of desolation. 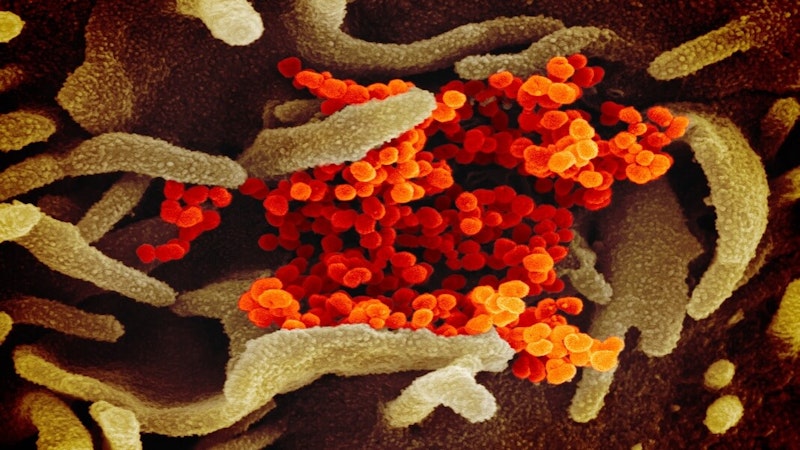 It’s difficult being a writer during this pandemic. Like many others, I’ve experienced an over-saturation of information on a scale far bigger than the usual influx of news prior to the emergence of COVID-19. Thanks to many incompetent authoritarian leaders, we’re moving through time slowly and haphazardly on an endless loop of repetition. Like John Trent in John Carpenter’s In the Mouth of Madness (1994), we’re victims of surreal disasters, yet in our coma-like state, we’re still awake, driving to a town that’s familiar and foreign, unable to drive through and out of it, despite the fact that we’re aggressively hitting the gas.

We’re waiting for a miracle, which will mark the beginning of the lockdown end. But instead, we’re falling deeper into the hole, trying to battle both the tyrannical politicians as well as people who, like lemmings, are perfectly content with an indefinite “stay-at-home” order, a phrase I hate. (Let me also express hatred for “sheltering in place,” “masks,” “social distancing,” “6-foot distance,” “COVID-19,” and “coronavirus.”)

As we’re consuming daily the repetitive news about the lockdowns, the economy, and public health all neatly tied into the package titled, “It’s for Your Safety and the Security of the State,” we’re imperceptibly losing access to creativity. Political theater is already a monster that needs constant feeding, relying on the psychological depletion of its consumers. Now, such an attack has multiplied many times over. Whether we consciously choose it or not, we’re channeling most of our energies into the virus crisis because we rightfully desire a resolution.

This contributes to a lack of focus. We’re trying to busy ourselves with various creative distractions but in reality, it’s the virus crisis that’s the true distraction. As a result, the lockdown has created a state of forgetfulness about the way life ought to be. A contemplation that this is now the “new normal” shouldn’t even be entertained.

The French writer, Michel Houellebecq recently commented on the expected changes in the post-virus era: “I do not believe for a half-second the declarations that ‘nothing will be like it was before’… we will not wake up after the lockdown in a new world. It will be the same, just a bit worse.”

According to Houellebecq, the virus is pushing the “obsolescence of human relationships,” atomizing the people even more than what we’ve already experienced through the intrusion of technology. In his characteristically irreverent and weird fashion, Houellebecq adds that this is a “banal virus,” that has no “redeeming qualities… it’s not even sexually transmitted.”

Houellebecq’s right, especially about the banality and the impact on human relationships. This is especially true of people who are happy with an indefinite lockdown, moralistically wagging their fingers at those of us who dare question anything about the measures that are taken. All of that, including those embarrassing TikTok videos of nurses dancing on the IV “stripper” poles, is just another way to pass the time and endure the sheer dullness of the virus crisis.

A few weeks ago, I half-jokingly tweeted that I’ll forget the current crisis and will use the time to write a book. The virus crisis has created a Catch-22, and saying that you can’t talk about it at all is like complaining about social media on a social media platform.

You realize that this kind of attempt at self-induced isolation doesn’t work because you’re trying to remain an integral part of a community. Except you don’t know who or what this community is composed of. We may be staying at home and engaging in spatial isolation but we’re not virtually isolating. This doesn’t promote healthy solitude, reflection, and growth as a human being.

On the contrary, the path of COVID-19 has led away from self-reflection and into the space of desolation. If we don’t wake up soon from this slumber, we’ll suffer the banal “slings and arrows” of virus misfortune that takes us into the life of quiet desperation.