Cornball stuff but you gotta love it. 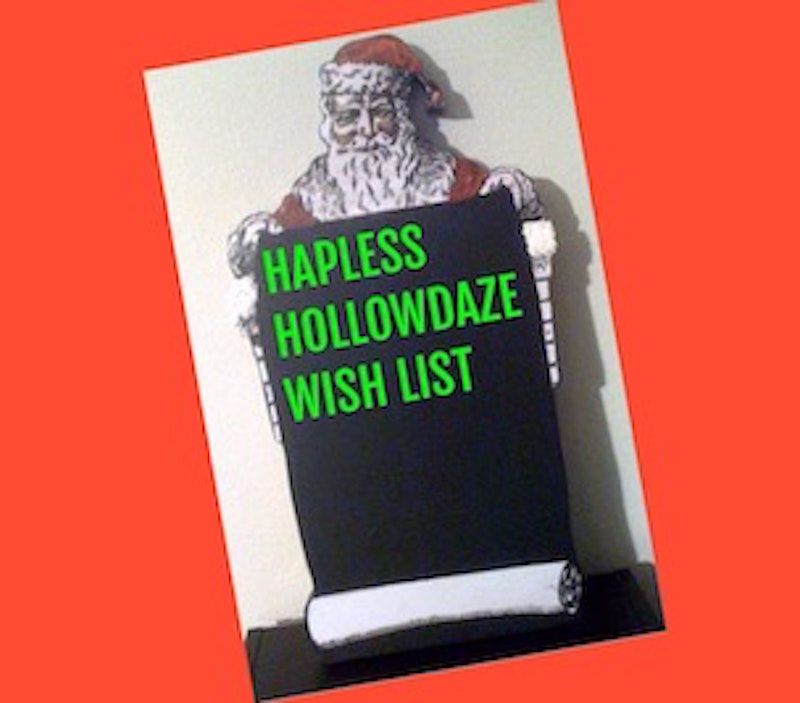 The ageless expression, "Wish in one hand and shit in the other, see which hand fills up first," originated in the 17th century. Not very wishful thinking there, but good luck achieving that goal. There’re piles of shit and heaps of wishes but the message makes the point. Another old saying is, "If wishes were fishes, we would all swim in riches."

The fish also symbolizes Jesus Christ. Jesus performed miracles like feeding the multitudes by magically multiplying fresh fish and bread. He was unceremoniously nailed to a cross and people metaphorically eat his flesh and drink his blood. I wouldn't wish that on anybody. Christians also celebrate the resurrection of Jesus after he died on the cross. Somehow furry bunnies, fuzzy baby chicks, honey-glazed spiral ham and multi-colored eggs in basketfuls of chocolate and candy got thrown in the mix bag along with Jesus rising from the dead. I wonder if Jesus wished for frankincense, gold and myrrh. Not on my list.

Praying is like wishing to god. Asking for things like watching over and protecting loved ones. Pray for forgiveness or requesting good health, wealth and happiness. Like winning the lottery, getting laid, or wishing harm or illness to another. A wish can become a curse in reverse. Put a plague on someone, wish them ill will, cancer, blindness, never being born, sending someone to hell or the ultimate wish of drop dead.

The scene where it all began was the Crèche, a name I'd never heard of until this year. It’s the tableau for Christmas. Where it all went down. A nativity in a barn, shed, manger, stable or the shack around back surrounded by livestock critters. The Virgin Mary was ready to pop out baby Jesus, savior of the world and she and her old man, Joe, a lowly carpenter, were turned away from the inn at the pricey little town called Bethlehem. There was no room for them, probably because they were broke and scruffy. They rode into town on a donkey. The rest is more of the same fictional bible history.

Every year thousands of wish list letters arrive at the Bethlehem, Pennsylvania post office. People around the country send Christmas cards to friends and family and little kids write letters addressed to Santa Claus. People take those letters to the town of Bethlehem’s local post office as a symbolic gesture of recognition to the namesake birthplace of Jesus Christ. The wish list for presents is a time-honored tradition of parents getting the inside info on what their children want. So that no child would go without the latest and greatest plastic rubber battery-operated piece of crap that was usually broken, discarded or abandoned before the New Year.

Most people wish for peace on earth. That good will towards men baloney is sexist. The wish for money and power requires action. It doesn't appear out of thin air. It not like Aladdin's lamp where a genie appears granting three wishes and the lucky person squanders them with selfish thoughtlessness. They end up miserable, empty and unsatisfied. Ultimately, wishing is a fool’s game.

I reckon everyone wishes they could turn back time and be young again. Be handsome and have any lover they desired. Have money, power and no regrets about stupid things they did or said. Those life-altering events that change the course of our destinies. Cornball stuff but you gotta love it.

We know how that half-baked stuff turns out in the end. It's completely delusional to believe a wish can make or break you. The stuff of dreams is a lot of raw bunk when it comes to harsh reality. Wishes are dashed against the rocks of cold hard truth. Hopes and prayers are the dreams and wishes of an incomplete life. It keeps us wanting more. A shameful craving of wanton desires.

To wish is to dream. To dream is to live free. Only action can create magic. Clothe the naked. Feed the hungry. House the homeless. Giving to the poor is an altruistic endeavor that happens regularly. Yet it seems to make no difference. Not a dent in the amount of poverty in the world. It’s still there. It grows like a tumor.

My wish for this season is to be kind to yourself and others. Lighten up and spread some joy around. Don’t take things too hard and make your heart laugh. But then, that’s a lot to wish for.