A Paean to the White Creep 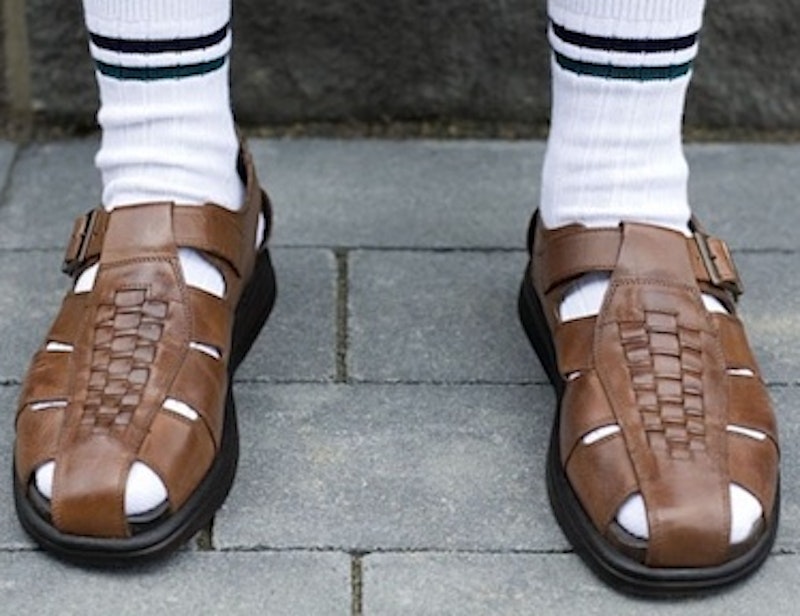 Matthew Walther, writing in The Week, refers to the great George Kennan as a “creep.” A sign of the times, this abuse of that eminent paleoconservative avant la lettre. It’s also a stimulus to thought.

I don’t want to spend too much time on Walther’s argument, such as it is. Walther’s writing with the unclean purpose of defending the memory of The Weekly Standard, house organ of the warmongering neo-conservative so-called “Gefilte Right” as we traditionalists love to call it—and in so doing, he throws a couple of errant haymakers at old-line heartland White conservatives like Kennan—and me, by proxy. Apparently, Kennan was a “creep” because he supported eugenics. But Walther leaves out a lot of context here. Kennan did have an attraction to eugenicist thinking. If I understand the situation correctly, however, this was merely to the unexceptionable extent of supporting birth control (or sterilization, in extremis) for the Russia-distrusting “bohunk” ethnicities that he considered to be degrading, via intermarriage, the Old American Anglo-Saxon racial stock.

But again, let that pass. I’m more interested in Walther’s use of the epithet “creep.” It’s long been my opinion that we White paleocons should—taking a page from the homosexuals and the wonderful Blacks, who rehabilitated for their own purposes certain epithets used against them—embrace the term “creep,” which is so often flung in our direction.

Ah, the White, indeed the WASP, Creep! Far from shrinking from association with this figure, let’s cleave him to our breasts, and see ourselves in him, and him in ourselves!

Look at him, the “old son of a gun,” as my father (himself a first-rate WASP Creep, it occurs to me with a rush of warm nostalgia) would’ve called him. He’s of a charmingly paper-pale countenance, the result of massive time spent indoors, gritting his teeth and digging his fingernails into his own flesh with rage over news reports about the recent Great Perfidy of the newly schismatic Ukrainian Orthodox Church in its Satanic disobedience to Holy Moscow.

His eyeglasses are gloriously unfashionable and thick, their lenses perhaps smeared with a touch of wax from the hand with which he rubs his penis. His lips are pale and thin. His haircut is a “classic,” its basic proportions dating back to that early-to-mid-1960s era when the John Birch Society still had purchase in our cultural conversation.

He wears sensible trousers (short by summer and long by winter, and typically from Land’s End) baggy. He pulls them up as close to his sternum as he can get them—the goal, though rarely achieved, is to touch his waistband to his nipples. His footwear, needless to say, tends towards sandals. Honest, well-turned sandals produced by skilled but unpretentious craftsmen who sell their goods at a reasonable price point.

His hairline is typically receding. He looks middle-aged even if he’s young. If he’s truly middle-aged, his body looks at least 20 years older than it is, and in a special way. That is to say that it’s pared itself, one might even say perfected itself, down to that state of jerky-dry emaciation that characterizes the body of the country-club drunk.

Appealingly chinless, the White Creep laughs—cackles is perhaps the more appropriate word—in a winningly toothy and aggressive way, showing off incisors and cuspids that testify to the benefits of fluoridation (yes, fluoridation does have benefits, whatever we might want to say about its dangers). Once, in his Protestant youth, before he converted to Russian Orthodoxy, our charming White Creep (embrace the term, my friends!) brayed out Wesleyan hymns in the same toothy, aggressive way in which he smiles.

I would like half-seriously to suggest that some appropriate publication each December publish a “White Creep of the Year” issue, documenting the contributions made to our admittedly vanishing and degraded common culture by us heartland paleocons, and appointing a creep “laureate,” of sorts. A White Creep for the new year.

He deserves our consideration, and respect. More—he is us.