The bus pulled out of downtown, picked up speed, suburb bound. 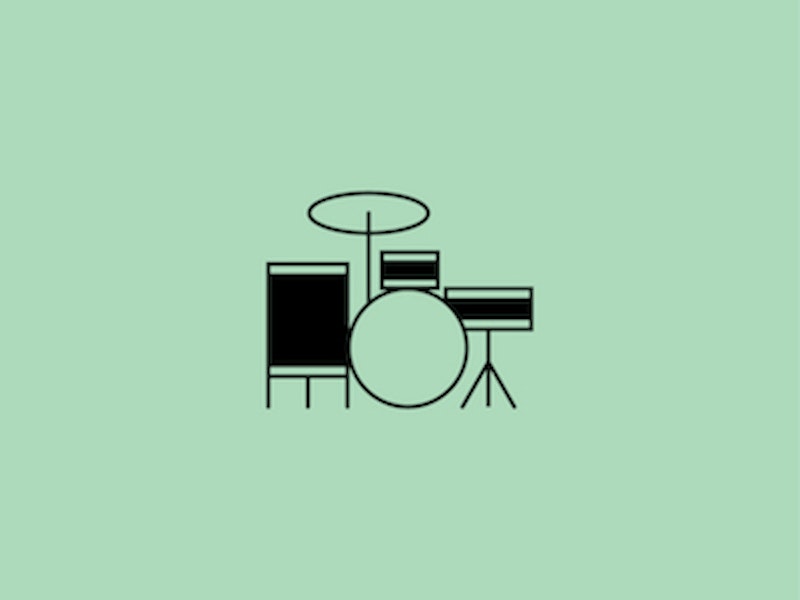 Blaring from a tinny transistor, "Hey, little girl, you don't have to hide nothin' no mo'. You didn't do nothin' that hadn't been done befo'."

Turning up his radio's volume, tall and thin and dark Paul Ernesto sat at the very back of the bus, a lock of black hair falling in his eyes. He said, "Man, when I graduate, first thing I'm gonna do is enlist! I can't wait to get to Vietnam and slaughter some gooks! Getting paid to kill gooks, boy? Heaven!" He took a deep draw on his Winston and continued, tight-lipped, "Chicks go for a man in a uniform, even a buck private. They will spread 'em for a buck private," the virgin opined with a tone of great authority. "They don't know nothin', just the uniform turns 'em on. Better'n Spanish fly."

The sunny yellow bus, the late bus, for those with after-school activities, bounced along as Syndicate of Sound sneered and jangled and thumped, "Little girl thought she wouldn't get caught, you see. She thought she'd get away with goin' out on me! Yay-uh..."

Paul continued, "Keep your nose clean and before you know it, you're a corporal. I'd like to be a captain, no higher up the totem pole than captain. That way, you are brass, but not such a bigwig as to attract too much attention. For instance, you could waltz into a Saigon cathouse, wave your .45 around, order all the grunts to exit, toot sweet. Then? You'd own the whores! They'd have to do whatever you demanded of 'em, and you wouldn't get in trouble." His head twitched twice with zeal.

Sitting next to Paul, Stan Otfinoski, a crewcut gargantuan, sang along with the radio, "Other girls did it, you didn't think of nothin' new. You went out on me, so other girls did it too."

The bus rolled down Main Street, Middletown. Paul glanced out the window and did a double-take. Five teens were bopping down the street, four of them black, one white, all in black leather sport coats. The blacks had their hair cut short, the white had his slicked back in a ducktail and sported bug-eye shades. They smoked cigarettes, wore tight pants and Puerto Rican fence climbers. "Hey! Look at that! A white kid with boonies," said Paul.

Stan replied with a worldly tone, "Yeah, that's Joey Quinn. My cousin knew him, a little, from Woodrow Wilson High, before Joey dropped out. He lives in the Village with alla them. He's white. But he's black."

Stan took a final drag on the Winston he'd bummed from Paul. Then, instead of crushing it out on the floor, he tossed it at fat bespectacled Mally Conrad, hitting him square on the back of the head. Paul guffawed, "Bullseye! Stan is the man!"

Mally had been minding his own business, reading a library copy of Franny and Zooey. The class had been assigned The Catcher in the Rye. From there, Mally explored. And he'd glommed onto Franny's Jesus prayer, "Lord Jesus Christ, have mercy on me," repeating it secretly and incessantly.

Silence as Mally stared out his window and prayed, "Lord Jesus Christ, have mercy on me," hoping the typhoon would pass. He sat alone, he always sat alone, wiser to stand than sit with Conrad. Most kids didn't actually hate him, but they chose not to befriend him for fear of the wrath of linebacker Otfinoski. Best to avert your eyes in the presence of the big ape, pretend all was fine, hope you didn't become the target. Occasionally Stan would pick on someone else, punch someone, just to keep cowardice part of the fabric.

The bus pulled out of downtown, picked up speed, suburb bound.

Paul was singing along to the next song, "Fighting soldiers from the sky, fearless men who jump and die. Men who mean just what they say, the brave men of the Green Beret..." as Stan stood, hitched his pants, and strutted up to Mally Conrad. "I can't hear you, Conrad! What does P.O.M.G. stand for?"

A grinning little blond kid piped up, hoping to garner points with the bully, "Piss On Mally's Gonads!"

"Shut up, squirt! If I want your opinion I'll ask for it!"

Blushing, the kid turned away, the expectant smile wiped off his face. His pal shot at him, "Rank! Shut down!"

The bus came to a halt. It was Mally's stop. A few boys got off, but Stan blocked Mally's way, just long enough to torment him, and to say, "P.O.M.G. stands for Piss On Mally's Gonads! As if you could ever forget, Conrad. I hate you. I hate your fat face and your Coke bottle glasses. Got that?"

Humiliated, Mally squeezed past the looming goon, stumbled off the bus, head hung low, batting back tears, and ran a block or so to the scrubby ranch house he and his widowed mom called home. Mally was painfully aware that the paint was peeling, that there was no garage, that the driveway wasn't paved, let alone sealed. Barely scraping by, winter mornings found their rusty Rambler covered with snow. Mally came up with the idea of covering it in a tarp, making it a snap to remove most of the snow and ice.

Mrs. Conrad was at work, a secretarial job at Raymond Engineering, but had left a box of Ring Dings on the kitchen table for her boy. Mally went to the fridge for a bottle of milk, poured a glass, sat down at the table, but had no appetite. Pushing the box aside, he placed folded arms on the table, rested his forehead on them. After a few moments, he sobbed and shuddered horrifically, wailed a long keening note.

In a nicer part of the suburbs, Stan Otfinoski strode off the bus, trotted the quarter mile home, hopped up the steps to the front door of the new split-level, bounded in, "I'm home, Ma!"

"How was football practice?"

"Great. Coach says it's another winning team. He says we're a winning machine. Yay bo'!" He foraged a cupboard, found a box of Ring Dings, made a beeline to the den, fiddled with the TV dial until he found a Huckleberry Hound cartoon, sat back, ripped open the box, stuffed his face, and laughed at the blue dog's antics. Picking up a copy of Motor Trend, he read about the new Ford Mustang for the umpteenth time. For his 16th birthday, just a month away, he was getting one with all the options, as his present. "I can't wait! No more school bus." He kicked off his penny loafers, wiggled his toes, focused on the next cartoon, one featuring Yogi Bear and his sidekick, Boo Boo. Then he dialed the phone, figuring he could angle a date with Dolores.

"Not the best looking gal, but not a real woof-woof. If I'm seen with her in public, not a total embarrassment, the guys will know I'm just trying to get laid. They might give me the business the next day, but look at them. They talk big while pulling their puds to a centerfold," ran through his head.

"Dolores should be an easy Saturday night score. A romantic movie, a hamburger and a Coke afterwards, topped off with some backseat sweet nothings from a football hero? Zing, in the dumb bunny's pants like Joe from Kokomo."

"I hope she's not on the rag," he muttered, a cloud suddenly on the horizon. "That'd ruin everything. Well, you pay your money, you take your chance." It was Thursday, not a lot of wiggle room left. "If she's not available, I'll have to call a pig, Joan or Debbie," he considered with a frown.

Mally rose with an effort and headed down to the basement, to the drum kit his dad had played in local jazz bands before lung cancer claimed him. Mally had distinct memories of his father: the haggard Irish face, the thinning hair, the smoky voice, some special times. And of course, the drum lessons, even as a tyke. Other memories were fragments, or blurry. He treasured one day, of going to Coleman Brothers Carnival with him on Mally's fifth birthday. For the week before, Mally had looked forward to his birthday, kept saying, "I can't wait!" A year or so later, Mr. Conrad was gone, something the child couldn't fathom.

Settling behind the kit, Mally tossed off martial rolls on the snare, got something going on the toms that recalled Gene Krupa, while syncopating savagely on the bass drum. From there he extrapolated complex cross-rhythms, into the territory of some of his favorite drummers, Joe Morello and Elvin Jones, while fantasizing sadistic ways to torture and murder Stan Otfinoski, plans that involved a straight razor and salt. Or vinegar and eyeballs. Or scalding oil, a funnel and an inner ear, all the while reciting the Jesus prayer over and over and over, his pudgy young face tense, taut, until finally, he cracked completely, cackling uncontrollably, head thrown back, shrieking red-faced like a Bedlam lunatic, still pounding, pounding, pounding his dead dad's drums as eventide crept ever closer, the subterranean room filled with thunder.