Beckoning God From His Fastness 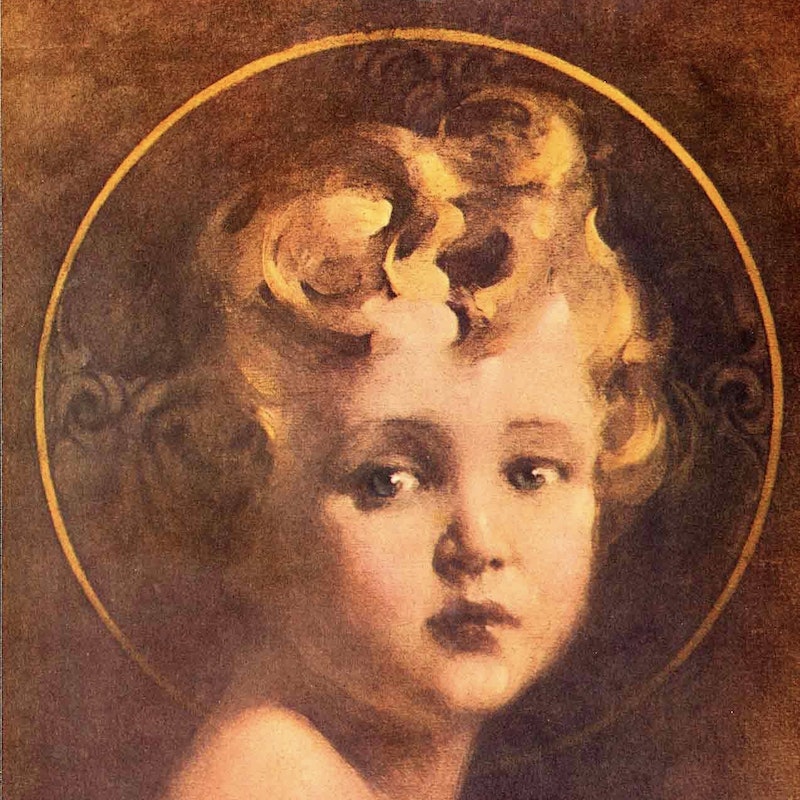 What’s most compelling and puzzling about Christianity is the human life of its God: a spiritual being made flesh, an all-powerful being who suffers. The Christian God is something infinitely more than any of us, but he’s also entirely one of us: an eternal and mortal being, an infinite being who was born, as we are, at a certain moment (tomorrow we'll celebrate the anniversary) and who faces death. As we do, the creator and ruler of the universe experiences frustration and loss, self-division and rejection, rage and pain. But also, or maybe hence, he shares our small joys and whatever provisional reconciliations we achieve, within and among ourselves and between ourselves and the world.

The idea of the humanness of God is a particular way of negotiating a fundamental difficulty that arises in all the monotheistic traditions. Many moments and movements in Judaism, Christianity, and Islam threaten to make God utterly remote or even entirely inaccessible. We describe God precisely by contrast with ourselves, as something not finite, not embodied, not flawed, not powerless, and then perhaps add that even these descriptions by negation are radically inadequate. Words or pictures are just ways that finite minds delude themselves into thinking they can comprehend the infinite, or morally flawed things into thinking they can grasp perfect goodness, or ignorant things into thinking they can understand omniscience. It’s a commonplace that God is beyond our comprehension entirely, but once you've said that you've also lost God as a real presence in our lives.

So God is continuously being incarnated, beckoned from his fastness. If we're going to pray to something or find meaning in it, then Brahman or the Absolute or the unnameable YWHE has to come to us as Krishna or Jesus or the Koran, or at any rate, as something that we can interact with, as a light or dove or a textor a voice or a dancer.

Different religious tendencies have different ways of trying to draw God nigh, to beckon him back to earth, to find something that can be said about or to him. We try in various ways to draw him out of his infinity and eternity and perfection, to give ourselves something or someone with whom we can be acquainted. The absconding God of the Enlightenment, and even the vague spiritual force popular among post-religious seekers, doesn’t seem capable of yielding an embodiment of God capable of changing how we understand ourselves.

What’s most compelling in the Christian story, in short, is the incarnation, compressed into the calendar as Christmas to Good Friday: the fully human and rationally impossible birth and death of Jesus, God's sacrificial process of becoming exactly like us or merely being one of us: a fundamentally flawed and mortal being.

Perhaps the fundamental task of religion is not to explain the origin or order of the universe, or even to promise a life after death, but to make sense of human suffering, or to find a way of letting go of the need to make sense of it. We face crushing illnesses, betrayals, oppressions; we face the deaths of the people we love and of ourselves, often accompanied by bodily degradation and pain. And as intolerable as the suffering itself is the abysmal hint that it has no particular meaning, that it is morally arbitrary. Finding something meaningful or redemptive in our pain and mortality has been one of the primary tasks of religion, or maybe its primary task.

But I don't believe that the purpose of the Jesus story is to explain our suffering to us. I think that is itself part of the story: Jesus himself did not understand the purpose, if any, of his own suffering. If he had, he wouldn’t have been us, his suffering wouldn’t have been our suffering, which is partly generated by the fact that we can’t be sure that it has any purpose or, if it does, what its purpose might be. For things like us and the Christian God, redemption is a question rather than guarantee, a paradox not a proof.

I seem to be emphasizing pain and death a bit too relentlessly, especially for the Christmas season, which ought to be the joyful celebration of the entry of the eternal into human time. And if God shares our experience, he has also our joy. But I think Christianity describes a companionship with God that’s needed primarily in consolation, a solidarity with a God who faces his own pain and mortality, and in companionship with whom we each face our own and that of one another.

It's good if Jesus did not come here to explain things, because we’re not going to make this whole thing rational. We are not, finally, going to work out the logic of an all-powerful being, born in a manger, who ended up humiliated and tortured, or of an eternal being who appeared in time and died. The story of the birth and death and resurrection of Jesus is not a theory of the universe and our place in it that got refuted by Galileo or Darwin. It’s fully a paradox, or it’s fully the paradox we ourselves are. God affirmed us, even in our evil and in our suffering, by becoming us, by being born to us and living among us, by being at once completely as we are and completely beyond our grasp (the hint, then, that we remain beyond our own grasp).

The Christian God is a mystery, of course, but he is at this moment also a human child.