I wonder how sick the elite really are. 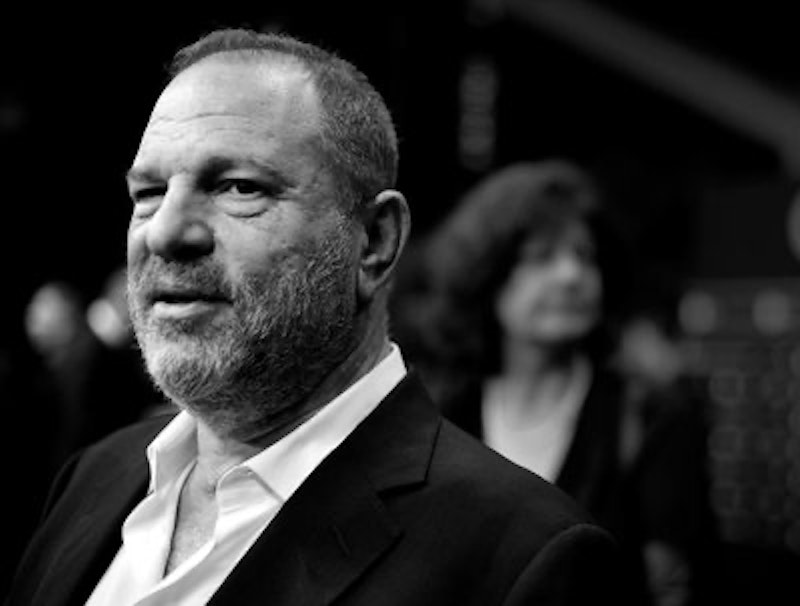 I know by now—I hope we all know by now—not to pay too much attention to the statements put out by rich and famous evildoers after being caught in some scandal. I’m not much interested in answering the question “What will they say?” because it will always nowadays be something careful and bland crafted by a public relations firm. I am, however, increasingly fascinated by the more useful question “What were they thinking?”

Movie producer Harvey Weinstein will say all the right things, suddenly gaining new insight about gender relations and sounding ashamed of his misconduct toward various starlets. He’ll also further concentrate on various leftist causes like gun control, possibly to the embarrassment of his leftist friends and certainly to the amusement of my conservative ones. Meanwhile, New York’s Guggenheim Museum will probably be doing special exhibits extolling the virtues of animals and nature for years to come in an effort to bury the recent scandal over its art exhibit that featured lizards starving to death and footage of trapped dogs snarling futilely at each other.

But what were these people thinking before they became public spectacles?

It won’t do to chalk it up to the rich being callous conservatives, either. These are the left-liberal elites of New York and L.A. we’re talking about. If they’re doing horrible things, it’s not because patriotism or Jesus compelled them to. They’re more like Nietzscheans who imagine themselves beyond petty bourgeois notions of good and evil.

But they’re at least supposed to know public relations rules like the backs of their hands. That’s still part of the new aristocratic code. You’d think that alone would give them pause. I mean, I’m supposed to be the one who criticizes feminists and environmentalists, but you wouldn’t find me assaulting actresses or being mean to dogs. Are the aristocrats really just congenital sociopaths the way angry British leftists are always trying to warn us? Do we basically have vampires among us?

I’m reminded of the perversely addictive but short-lived ABC crime thriller series The Following, with Kevin Bacon pursuing a cult of serial killers. Like the Fox series Millennium two decades ago, it was too dark to last—normal people don’t want to watch that much stabbing on a weekly basis—but I was disappointed that the show ended just as it was moving on to explore a more radical, disturbing premise. The idea introduced in the finale was that it’s not just a zealous cult or two that likes to kill but rather a whole elite network of rich people who indulge in murdering the commoners as a kind of secret hobby, like BDSM, using each other’s mansions as safehouses and each other’s inherited wealth to buy weapons, bribe cops, pay for transportation, etc. Might some of them be just cold enough to do that in real life?

It’s not just the elite, I realize. A Reason magazine crime reporter noted a Detroit cop who’d killed some 72 dogs over the course of his career, as if all those dead humans (at least one from Australia recently, but usually just from Detroit) weren’t awful enough. Philando Castille appears to have been just plain murdered and his murderer found not guilty by reason of being a nervous cop. Maybe empathy is more rare than we like to admit publicly.

It’s not just the establishment or its lackeys, of course. A convicted cannibal couple in Russia was in the news recently, and they seem more alienated and fringey than elite and masterful. But it’s when this sort of soulless inhumanity goes undetected at the highest echelons of society that you really have to step back and wonder how dark things really are.

How many are there who wonder and worry about that and, by contrast, how many who wink at each other and dream of getting in on the sadistic, homicidal action if given half a chance? I’m not even sure how one gets honest answers to such a question, since, for one thing, it’s hard to know if people answer psych surveys honestly. Certainly, not every psychotic is going to announce himself with a shout and a colorful costume, the way they do so conveniently in Batman comics, which was probably what formed my overly optimistic youthful notions of how uncommon and detectable psychotics would be.

And I swear I say all this without being unsympathetic to the mentally ill. Heck, as a libertarian, I wouldn’t even necessarily lock up the cannibals if their victims volunteered for the gig, nor imprison that teenager who talked her endlessly moping boyfriend into putting his money where his mouth was and finally offing himself. But law notwithstanding, who wants such horrible things to happen? Do many of our fellow citizens dream of butchering people or torturing dogs, the way most of us think it’d be cool to fly? I just don’t know anymore.

I can glance at troubling anecdotal evidence, though—from those teens who mocked and video-recorded a drowning man recently to the youth-sex-cult around rapper R. Kelly or the parade of quasi-maybe-victims around family man Bill Cosby. My sheltered subculture of sci-fi and film geeks is no safe haven, either. The heads of both Ain’t It Cool News and Honest Trailers were fired within days of Harvey Weinstein, likewise for sexual harassment.

There’s a limit, too, I’m sure, to how much one can dream of ridding the world of such darkness before that, too, becomes unhealthy. It wouldn’t be wise to fantasize overmuch about lining up all the sociopaths and mowing them down with a machine gun, since machine gun fantasies have a way of playing themselves out upon other, more innocent targets in real life. What happens in the creepy Vegas of the unfettered id doesn’t necessarily stay there. After thousands of years of mulling the problem without solving it, how do we make people less evil?

—Todd Seavey is the author of Libertarianism for Beginners. He’s on Twitter at @ToddSeavey.