Matthew Continetti might be the last person who realizes journalistic objectivity is dead. 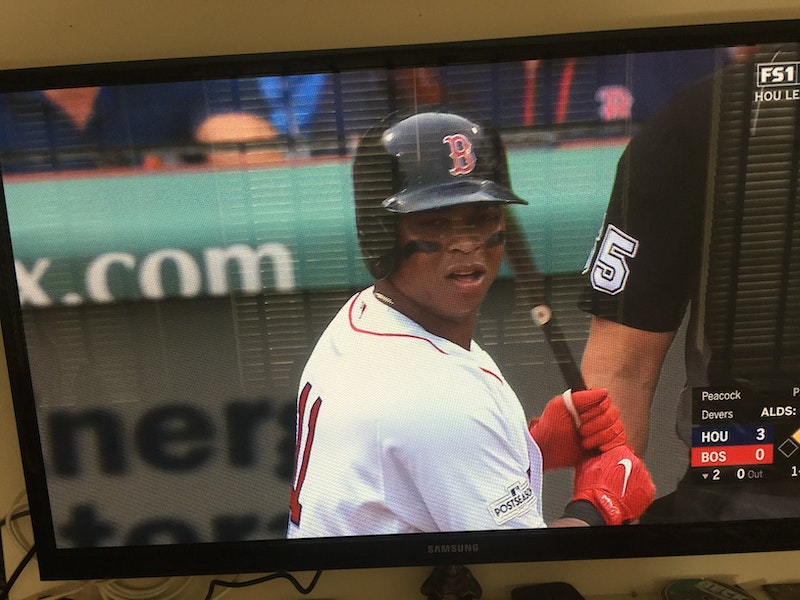 Matthew Continetti, editor of the conservative Washington Free Beacon, writes well, and I often read his columns on the difficult-to-navigate website (The Daily Caller, Baltimore Sun, Daily Beast, and Boston Herald are much worse). But I think he was scratching his head last week when conjuring a piece, since what he came up with, “Pop Goes the Liberal Media Bubble,” is an evergreen. The 36-year-old author of The Persecution of Sarah Palin—and who could be accused of membership in the “Conservative Media Bubble”—is level-headed and not notably angry in his column, although that could be because that he’s not saying anything new.

The main thrust of the story is that Donald Trump is driving the liberal media nuts. Do tell? Continetti could’ve written the same opinion in January of 2016 when the barrage of daily newspaper columnists, and reporters, started taking Trump’s unlikely juggernaut seriously, after six months of enjoying, and egging on, the prime-time spectacle. The following paragraph is simply wrong: “For years, reporters were content to obscure their ideological dogmas and partisan goals behind the pretense of objectivity and detachment.” As anyone who’s read The New York Times—the main well-known offender—for decades could note, that daily’s had two op-ed pages at least since Arthur Sulzberger Jr. took the publisher’s role. The collection of front-page articles was then, and remains today, an undisguised editorial; I doubt those with a sliver of honesty at Times would deny that. (At least out of earshot of higher-ups.)

(Here’s an objective point of view: Rafael Devers (pictured above), the 20-year-old Red Sox rookie has, barring catastrophic injury, a magnificent career in front of him. Another: Vice President Mike Pence isn’t, but ought to be, a liberal’s nightmare. Should the religious zealot from Indiana ascend to the presidency—Trump dies (natural causes or assassination), resigns out of boredom, or impeachment—Pence, whose benign demeanor masks the liberty-threatening views of Cotton Mather and Carrie Nation, will do his best to roll back the social freedom issues of the past 40 years.)

Continetti, citing CBS’s Bob Schieffer, seemed surprised that a recent survey found that one in five journalists live in New York, Washington, D.C., or Los Angeles. I’d have sworn that figure was at least 40 percent—and this is journalism as a whole, including both liberals and conservatives, like Continetti—for a couple of reasons. As print journalism dies a slow, torturous death, the media companies, which issue quarterly statements about the fantastic gains in digital subscriptions, while downplaying layoffs and steady erosion of advertising revenue, find it cost-effective for its reporters/pundits to blog from their homes (some may actually go to an office each day) on whatever suits them.

And, Continetti is correct—though he leaves out conservatives, who are just as guilty—that a large percentage of that key-tapping is about Trump. Continetti ignores the well-documented (and objective) fact that publications or cable stations, desperate for relevance, have tailored their content to those they know will agree with it. Every newspaper is either like The Nation or National Review today, preaching to the converted.

There are still journalists in what is now the quaint term “flyover country,” but with so few newspapers owned by independent companies, most of the coverage is local—city council meetings, weather, high school sports, and so on—and of little consequence to the country at large. Also, as the editor of a website that attempts serious advocacy journalism, Continetti leaves out a truth that’s even more troubling than the naked partisanship that defines media today. And that’s the reality that readers rarely skim more than a headline (and then proceed, on that headline alone, to hold forth on Facebook or Twitter), despite the industry’s practice of running sensational headlines, and pictures, in an increasingly desperate attempt to collect “eyeballs.”

Continetti’s conclusion is suspect: “That may be why [Trump’s] critics in the press are so fixated on his Tweets. Twitter is his way of talking back. It’s how he pops the liberal media bubble.” I do think that Trump has upended the media establishment by replacing the press conference with tweets, which still has so many confused. But Continetti doesn’t mention the conservative media bubble, of which he’s a member, and though it’s splintered on Trump, it’s unanimously anti-Democrat. The disintegration of today’s media doesn’t discriminate based on political views.