A key scene from the movie of my life. 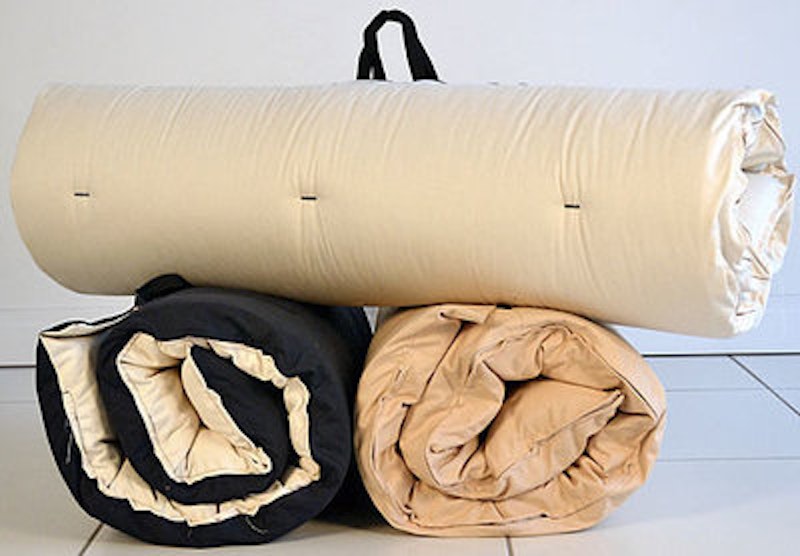 My friend Marie-Eve gets up at 5:30 in the morning. She makes breakfast, and she and her husband put the kids on the bus. Then it’s the office, and then everyone is home again for dinner, which Marie-Eve makes. Yoga classes and visits with friends are fit in there, as are her weekly phone calls with me. I’ve known her a long time, since she was out of college. Back then we talked about her job search and boyfriend. The boyfriend is now her husband, and Marie-Eve has a career and family, so we talk about that. On my side, I tell Marie-Eve about loitering around my apartment, my odd sleep schedule, and U.S. politics. My topics haven’t developed much over the years. I think nobody who knew us would be surprised by this, that her topics developed and mine have remained stuck.

In our latest talk, I was telling Marie-Eve about a problem I’d solved. I just changed neighborhoods, and during this shift I put my foot wrong a couple of times. For instance, I was rude to a man working at a coffee shop near my new place. In fact, I behaved like a jackass. This matter weighed on me, but I didn’t have enough nerve to seek him out. Instead I told my story to one of his colleagues. A few more days passed as I bucked myself up, and then I made my walk to the coffee shop. There he was, smiling and ready to forgive. As I left, his colleague and I exchanged a deep nod. He’d told the man how I felt and my way had been cleared.

I underlined that point for Marie-Eve. For once I’d made the right move and managed to sort events properly. I described the nod and its meaning. “He prepared well for me, and I chose well in speaking to him,” I said. This was in my French, which is rough-hewn but ambitious.

I had to break off. Marie-Eve, a quiet woman, was laughing out loud. This happens sometimes when we’re talking. “It’s funny?” I asked. She told me it was, because I made it so important. “Huh,” I said. “All right, all right. I have another story, maybe that is funny too.” Actually I knew it was funny. Minutes after it happened, I knew I’d have to tell Marie-Eve because then I’d hear her laugh.

In my new place, I wanted a new mattress. The old one was all right but getting thin. Problem: I like a rare kind of mattress, a futon that rolls up. My first had been shipped from Japan. My second would be bought locally, and much more cheaply, because my city’s one dealer of rolled-up futons had begun making them. I’d bought sheets for the first mattress from this store, and the sheets fit my old mattress. They were marked double, so I ordered a double mattress from the store. But the two doubles were different sizes, with the old one half a foot wider than the new one. And the store wouldn’t do exchanges or returns.

Listening to my story, Marie-Eve said the package of sheets must’ve been mismarked, and that I should go to the store and show them. But my invoice for the sheets had disappeared; I couldn’t prove I’d bought them there. Anyway, I said, I’d sold the mattress.

Here I switched to English, because here was the good part. Just one person had answered the ad, I said. It had been up for just 12 hours, but still. The woman who showed up had a daughter coming back from living in Japan. The mattress was being paid for by her daughter, and the woman told me she’d rather pay $30 less than I was advertising for.

This was bargaining, which I can’t do with money. I’d thought that I’d just tell hard cases I could eat my loss and give the mattress to charity. In practice I didn’t want to say that or do it. The woman was nice, and I didn’t know if anybody else would answer my ad. I have money, so did $30 matter that much to me? What I wanted was to avoid feeling like a failure after my mattress screw-up. If I sold the mattress too low, I’d feel like a failure—all that money burnt, even if I could afford it. But if I said no to the woman, I’d be dangling until when and if somebody answered the ad. In the meantime, how would I feel? It bothered me that I hadn’t thought of this. I hadn’t seen that I’d feel like a failure.

I went out to the hallway and fiddled with the front door’s floor and ceiling bolts so it would stay open. When I came back, the lady had squared herself to speak with me. She wanted to know if I would accept another $15. It would be her gift to her daughter, she said. And I did accept. I thanked her, and I said, “It’s because I looked sad, isn’t it?” She said yes.

Marie-Eve laughed and laughed. “That is funnier than the first story,” she said, speaking English. I said that, yes, I’d figured it was.