For a decade, I've watched this city deteriorate from a nice home to an overpriced, crime-ridden, crumbling embarrassment where people die in the streets. 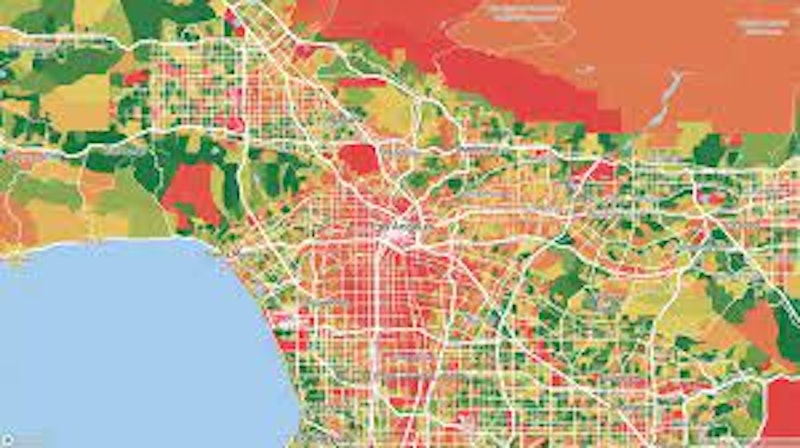 I spent this Easter in a Scandinavian church in San Pedro, just outside of Los Angeles, watching a passing of the pastor torch. The Swedish pastor, here for five years, was called back home leaving a Norwegian pastor. The service was bilingual. I don’t speak either language, but my wife and daughter are Swedish and so this held a poignancy for them. Especially because we’re also leaving the hellhole that’s California.

For a decade, I watched Los Angeles deteriorate from a nice home base to an overpriced, crime-ridden, crumbling-infrastructure embarrassment where the homeless overdose from fentanyl and die on the streets. Not one elected leader has come up with a viable plan to solve any of these problems; they just throw money away.

Mayor Eric Garcetti is trying to use his abysmal record as a stepping stone to an ambassadorship. Washington is giving him a pass. Angelenos launched a recall of Councilman Mike Bonin for his failed efforts to curtail rising homelessness and crime. He resigned. Then there’s current D.A George Gascón. Because he believes criminals are victims, he lets murderers and rapists out on bail. So far, a few have raped and murdered again. Google his name and the word “recall,” automatically follows.

It's not hard to trace California’s faults back to progressive politics and the protected class of rich elitists who voted for these policies. Now that L.A. gangs are brazenly targeting rich people, following their Teslas and Mercedes G-Class cars home, people are finally having second thoughts about leniency.

I moved to the mountains of San Bernardino to escape the madness. I found plenty of nice, hard-working people who struggle to get by. Leaving the coast and moving inland was an eye-opening experience. Despite the natural beauty, California is a vast wasteland of poverty. Millions in this state are ignored. Last week I commuted to Los Angeles for a commercial shoot. At $6.15 a gallon, the back-and-forth cost me $300. I feel for the loggers, construction workers, roofers and plumbers who live inland because they can’t afford housing on the coasts. I wonder what sacrifices they’re making now just to get to work.

Real relief isn’t coming. Not from Gov. Gavin Newsom or the federal government. President Biden believes California is the state to emulate. If you want to destroy a country, it is. The people who champion this state’s politics are the same who idolize Sweden. It’s their preferred version of socialism. They’ve clearly never lived there. For the past week, extremists have rioted, burned police cars, and destroyed property across the country. Anti-Semitism is rampant in Malmö. And there’s more gang violence than in any other European country. You won’t see any of this reported in the Swedish state-sponsored media. Just like California, the leaders believe if you control the narrative, no one will notice. If people get upset, you point the blame anywhere but yourself.

Yesterday, I ran into a neighbor who moved here from Minneapolis. She’d been a staunch blue-state progressive until recently. Having watched rioters cause $500 million worth of damage to 1500 buildings in the name of justice, she no longer supports any ideology or party. She hates one-party states and plans to move somewhere purple. More people are finally realizing if you can’t hold leaders accountable at the ballot box, or if your only choice is to recall them in California, voting with your feet is the best form of self-preservation.

That’s why I’m moving to a state where gas and housing prices aren’t outrageous, where the working-class isn’t crushed, where D.A.’s don’t let murderers out on bail and where taxes don’t line the pockets of tone-deaf aristocrats while the serfs suffer. In a normal world, this wouldn’t be a wish list. But this isn’t a normal world. It’s California. And nowhere is worse than California. Not even Sweden.