Golden State is the Inverse of the Modern World 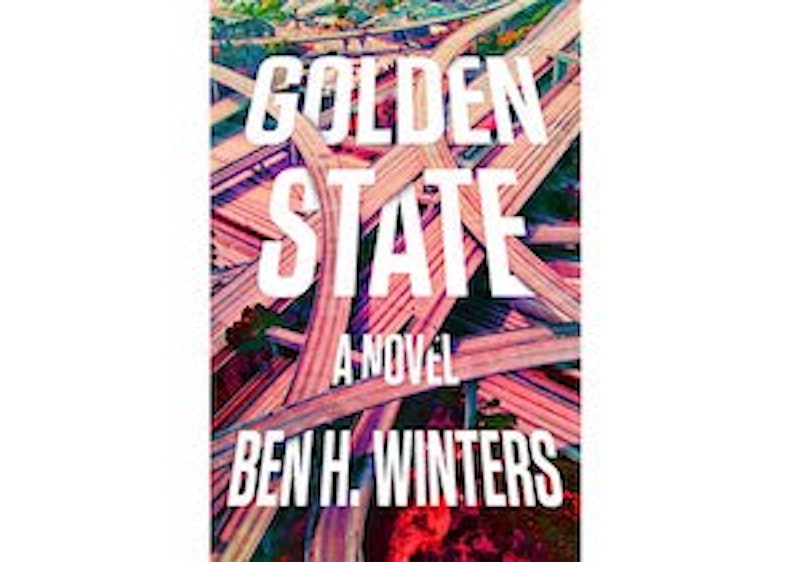 I take it on faith that California exists. Various sources I trust tell me it’s a real place, despite its presence in movies, and I believe most of those sources even though I’ve never been to the so-called Golden State. Much of life is like that: one patches together an idea of the world based on a sense of what information can be trusted and what can’t.

Ben H. Winters’ novel Golden State imagines a world in which that’s no longer the case, or at least imagines a strange version of California where the residents believe in the knowability of what is Objectively So. Cameras record everything that happens, everywhere. Citizens keep a record of their daily lives in Day Books, meticulously filing every note and receipt. Some keep a record of their dreams and other nocturnal activities in a Night Book. Fiction as we know it is unheard of. Lying is utterly forbidden by law on pain of exile to the desert beyond the State’s borders. And a force of secret police, Speculators, keep residents in line with a psychic ability to detect falsehood in their vicinity. Or, at least, what they believe is a psychic ability.

Golden State follows one Speculator, Laszlo Ratesic, as he’s saddled first with an unwanted young partner—wunderkind Aysa Paige—and then the investigation of a possibly anomalous death. Laszlo, still grieving the death of his older brother and resenting his recent divorce, sees no mystery. Paige has an intuition otherwise. Slowly, as they investigate, a bigger picture comes into view. And then a series of twists in the second half of the novel repeatedly undercut much of what we think we’ve learned.

Just from this description you can see some of the ideas and contrasts at play: utopia and dystopia, truth and deception, what we see and what we know. The name of this California, isolated from whatever’s beyond its borders, is so grandiose as to insist on its irony; but objective truth doesn’t sit well with irony. Not consciously, anyway. In fact, the more the characters speak to each other the more you see how ostensibly true statements contain errors and evasions. Repress the untrue and it only comes out when you least expect it.

The book’s more than ideas, though. Character voice is rich. Winters chooses to let his plot develop slowly, letting us live in Ratesic’s first-person narration. Laszlo’s the absolute inverse of an unreliable narrator, in theory. He’s a man who doesn’t understand how to lie; who’s made nauseous by the presence of untruth. But it’s easy to see his blind spots. He’s a member of a state security service in a regulated society under constant surveillance. He doesn’t realize that the Golden State’s a dystopia; doesn’t register the fear he causes in its residents.

Winters, who’s both a bestselling writer and winner of an Edgar and a Philip K. Dick Award, keeps the book interesting even in the first half where nothing much happens. The Golden State comes alive in its mundane everyday details: its greetings, its rituals, its ways of thought. It’s weird yet believable, a place that we can imagine actually existing.

There’s an understated rhythm to his prose, simple but varied, and Laszlo’s earnest enough to be sympathetic while being gruff enough to be interesting. The importance of the case he and Paige investigate doesn’t become clear for a long while, though, and there’s little sense of risk for long stretches of the book.

That’s odd, as the structure suggests a paranoid conspiracy-laden thriller, and the plot in the end swerve in that direction—suddenly, and repeatedly. The book reinvents itself several times in the last third or so, moving quickly through material that might’ve been more profitably investigated. I assume it’s a deliberate choice, and it does evoke some of the strangeness of Philip K. Dick; just as the reader settles in to an alternate reality and comes to accept it as true, the world’s turned upside down and the book takes on an entirely different shape.

Unfortunately, the final resolution feels too simple; answers, apparently to be trusted, come too easily. Laszlo doesn’t deduce his way to something like truth, so much as survive while various forces jerk him one way or another. However realistic that may be, dramatically it’s unsatisfying.

It does, though, further bring out that resemblance to Dick. There’s an abiding sense of wrongness to the world that erupts into weirdness. There’s a novel-inside-the-novel written by one Ben H. Winters. And a further meta-fictional note in having Laszlo as a Speculator, a member of the Speculative Service; the word “speculator” also describes a science-fiction writer, creator of speculative fiction.

Golden State evokes the great science-fictional dystopias of the 20th century, feeling like a story that might’ve been imagined a generation ago. There are security cameras and carbon paper and television in the Golden State, but no Internet (unsurprising in a society dedicated to the truth). There’s also a quaintness to civic life. For all the fear of the Speculative Service, all the corruption we see, most of the people of the Golden State do seem to believe in truth, in their government, in their society. It’s a shock to realize how different that is from the present day.

Not that the book’s nostalgic. It’s more an excoriation of 20th-century society: the privileged Laszlo moving through a world that can’t bear to face its own history, that collectively agrees not to think about the practical limits of its own weird ideals. Ideals by necessity are at variance with reality. When the Objectively So is in conflict with the ideal of truth, which takes precedence?

A book about truth and lies speaks to the current moment in American history as much as it does to the past. The Golden State is the inverse of the modern world. It’s a world trying to fit itself into one image of truth without realizing how much it’s losing in doing so. The casual rewriting of true things by Donald Trump is not good, but the world that produced him has its advantages over a world where reality’s more limited, or more dictated. Golden State is a meditation on truth wrapped up in a science-fictional detective story, and if the story’s oddly structured and too pat, it’s a solid exercise in speculation: an entertaining, troubling, well-written tale of something that has not happened but which partakes of the nature of truth.