Where Have My Old Friends Gone?

They were now strangers with salaries and lifestyles dwarfing my own. 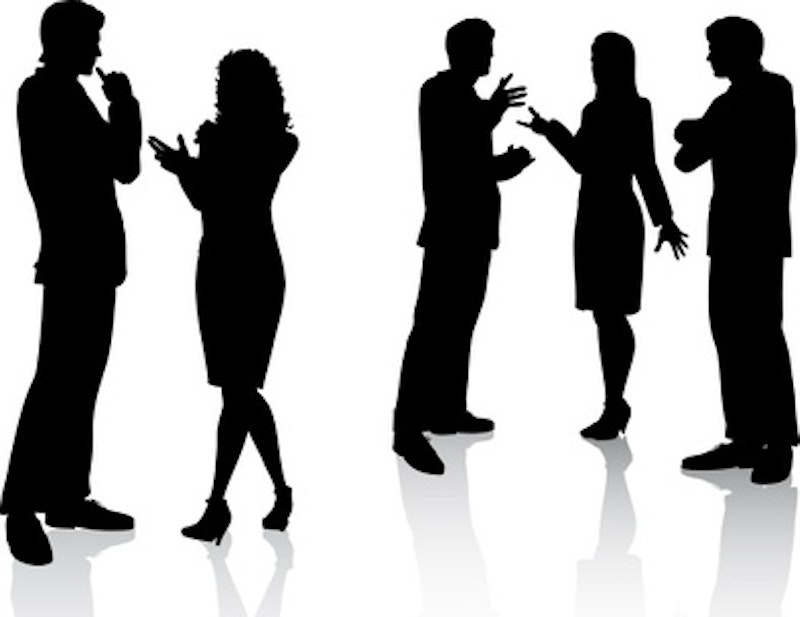 My old friend David Rothstein emailed me an invite to his birthday party at Nobu, an expensive sushi restaurant in West Hollywood. I perused the guest list and saw names of people I hadn’t thought of in years. Some had become lawyers and agents and power-mongers beyond my scope. Though once friends, they were now strangers with salaries and lifestyles dwarfing my own. The thought of engaging them in conversation was horrifying.

I trashed the invite eager to avoid reminders of my own failings. But a few days later I reconsidered. I hadn’t seen Rothstein in years and he’d always been kind to me. Fate brought us together on a fourth-grade field trip to Malibu Beach. He was skipping rocks across the waves when one of the stones struck me in the temple. I’d need seven stitches to close the wound. Rothstein spent the next decade apologizing and we became fast friends.

The night of the party I was the first to arrive. Rothstein greeted me with a hug and then introduced me to his wife and stepdaughter. I felt nervous and out of place, resolved to avoid alcohol and keep my wits. Upon seeing Mark Becker, I ordered a double whiskey. Becker and I were high school rivals. We both aspired to become screenwriters. While I toiled through the 1990s as a ghostwriter and script analyst, Becker sold a buddy cop script for $1.5 million. The movie tanked but his career was established. He became a show runner for a popular television series about hackers.

Becker approached me at the bar. He flashed a toothy smile and gave me a confident Armani-suit hug. I hated these moments, these “What’s going on with you” confabs that always left me wobbly and insecure. To his credit, Becker waited several minutes before displaying his poker hand: house in the Palisades, winter home in Palm Springs, new Tesla, investing in a winery. I told him I’d become a woodcut artist who taught printmaking to kids and seniors. “How noble,” he said. This was his end zone touchdown dance, another opponent vanquished to obscurity. He gave me a quick, “Good to see you buddy” then joined the grownups at the big table.

Katz lumbered into the restaurant, his tiny Asian wife lagging behind. “Holy crap,” he yelled upon seeing me. He grabbed me in a headlock and rubbed my scalp with his knuckles. He was manic and insane, his open shirt revealing gray chest hair and a gold necklace spelling “Katz.” I asked about the incident at his store.

“I bought that sword after Pulp Fiction. It’s saved my ass more than once.” He asked if I was married, curious about the absence of a ring on my finger. “I don’t wear it outside the house,” I said. “So I don’t lose it.” “Don’t be stupid,” he bellowed. “You need to wear a ring. Otherwise the wife thinks you’re not committed.”

He opened his coat and flashed an assortment of rings, necklaces and chains. It was like something from a 70s Blaxploitation flick. “Are you serious,” I asked. He laughed. “I brought these for David so he can pick out his birthday present. But if you want to buy something, I’ll cut you a deal. Wholesale.” I told him I didn’t have cash. He pulled out a Square credit card reader. I excused myself to use the bathroom.

Over the next hour I reconnected with people I hadn’t seen in years. There was Bobby Sargent, who’d been a troubled kid with numerous drug arrests. He used to say, “We’re all sick fucks living deviant lives.” Today, he was sober and owns a chain of yoga studios.  I reminded him of his teenage mantra. Sargent now told people, “We’re all addicts. Some of us know it, some don’t.”

Sam Melvin was an old basketball buddy. In high school, he was a white teenager who yearned to be black. He graduated culinary school and then got a break when a prominent rap artist hired him as personal chef. After the rapper was shot in a drive-by, Melvin became a showbiz caterer for black filmmakers and musicians. He was developing a reality television show called Soul Food For a Black Planet.

Denny Sadler lived down the street from me when we were kids. His father worked for Sid & Marty Krofft, purveyors of live-action puppet television. Sandler borrowed his dad’s costumes on Halloween and cut out the backside allowing him to march around with his butt hanging out. He became a gothic performance artist with an act that involved pounding spikes up his nose and piercing his testicles with sharp objects. Somehow he became a Hollywood agent with A-List clients.

Jim Carson brought back weird memories. His family was the first on our block to own a microwave. He charged kids a dollar each to watch him zap small animals in his Amana Radarange. During college, we both tried out standup comedy. We were terrible. Carson entered the family business, female undergarments. As we reminisced he proudly said, “We’re the leading bra manufacturer on the west coast.” I replied, “Isn’t it odd. You tried comedy, but you weren’t funny. Now you’re making bras and it’s hilarious.” He took offense and walked away.

Julien Weintraub and I were best friends in college, convinced we’d make movies together after graduation. He upheld his part of the bargain becoming a successful indie producer. In the mid- 90s, I gave him my best screenplay, a grungy mistaken identity thriller. He never returned my calls. When I tracked him down and asked his opinion of the script he said, “I’m tired of making movies about losers.” That was the last time we spoke.

We caught up with each other at the bar. “Jim Katz just tried to sell me a watch,” Weintraub said laughing. He was ebullient. He told me about his kids, house renovation, and new job making movies for Netflix. He said he was a Dodgers season ticket holder.  He sold his Game 7 Series tickets for five grand apiece. He told me about his wife’s organic pet food business and expressed hope it would do better than her organic soap business.

I told him about my artwork, how I’d taken up woodcut printing to fill the creative void after I stopped writing. I shared stories about teaching printmaking to inner city kids and seniors with dementia and hospice patients with weeks to live. We talked and laughed and fell into a rhythm of friendship as if we’d just seen each other last week, not 30 years ago.

He asked if I was still writing. “Dabbling,” I told him.

“How come you never sent me your screenplays back in the day,” he wanted to know.

“Really? You sure it was me?” He seemed befuddled.

“Don’t worry about it,” I told him. “Sorry, man. Everything was crazy in those days, you know, a million miles a minute.”

“I tell you what,” he said. “When you finish your new script let me be the first person to read it. Here.” He handed me a business card inscribed with a woman’s name.

He used the word “relax” like a boxing jab for telling me to back off. I went into turtle mode, retracting into my shell, protection from the outside world of predators. We talked for another 20 minutes, though I can’t remember what was said. We smiled, hugged and promised to meet for lunch. I knew instinctively the next time I saw him would be at a mutual friend’s funeral.

I left the party at that point. I was sullen and confused, my mind a battlefield of thoughts. I rebuked myself for going to the party. Then I chastised myself for being so soft. All I wanted to do was sleep.

As I entered my apartment courtyard I heard African rhythms coming from my neighbor Eyasu’s garage. He was likely working on new music. Joseph’s studio light was on. He must be painting. My friend Lee had left a message confirming our lunch tomorrow and my wife was in bed reading, eager to hear about my evening. My grandma always said, “Show me your friends and I’ll show you who you are.” I realized I was a very lucky person.