Globalization Has Brought Us The "Weasel Factor"

Americans submitting to China's dictators for money is a sad sight. 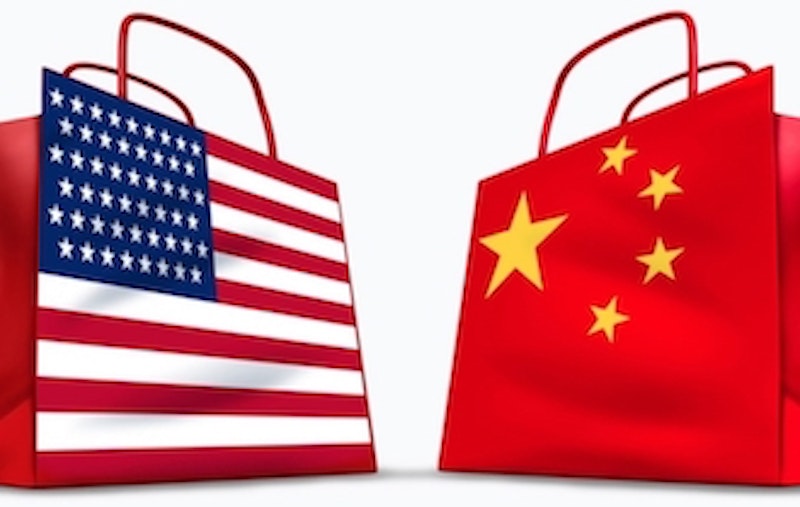 The desirability of globalization's normally debated as if the matter could be fully captured on a spreadsheet—it's good because it gives us cheaper goods, bad because it ships jobs abroad, and so on. But a strictly economic analysis fails to take into account globalization's role in "off the books" transactions making Americans beholden to an unfriendly foreign power. A stealth import from China's been the increasing ability of that nation's communist, authoritarian government to impose its censorious will on a nation that treasures free expression. The recent brouhaha involving the NBA's just the latest example.

Daryl Morey, GM of the NBA's Houston Rockets, tweeted his support of the Hong Kong pro-democracy protesters, which upset his shadow boss in Beijing, Chinese President (for life) Xi Jinping. Word made its way down to the Chinese Consulate-General spokesperson in Houston, who urged the Rockets to “correct the error," which the team obediently did while China was busy retaliating against the league in its own market. But the kow-towing had just begun. China, we're reminded once again as this confrontation gathers steam, makes some Americans look like weasels.

Morey eventually had to express words of regret, and Rockets star James Harden went into full weasel mode with an apology, plus an affirmation of his affection for the Chinese. "We love China," he said, meaning he loves the $200 million sneaker deal he has with Adidas. LeBron James, the league's biggest star, waited a week but he ended up submitting to China too.

Globalization cheerleaders have told us about the efficiencies open markets create, but they didn't mention the new overlords it would be bringing to America. In pre-globalization days, Americans paid more for plastic goods, but at least they weren't beholden to Asian dictatorships. If the Rockets' GM misbehaves again, he won't get another chance to "correct the error." He'll lose his job, and it'll be Xi Jinping who's fired him.

Xi's already fired Roy Jones, a low-level 49-year-old Marriott employee who last year had the temerity to "like" a tweet from a Tibetan separatist group on the Marriott Rewards official Twitter account. Marriott didn't provide its employees any training on how not to hurt China's feelings and lose their jobs, yet the firm made Jones a sacrificial lamb to Beijing.

We hear about Hollywood power players like Disney CEO Bob Iger and the Murdochs, but Xi Jinping's up there too, even if he doesn't make The Hollywood Reporter's top 100 list. Xi's sensitive about the power he wields. If you mock the American film industry's obeisance to Beijing, as South Park creators Trey Parker and Matt Stone did last month, you'll find all evidence of your show's existence deleted from the Chinese Internet.

Beijing, which oversees the second largest movie market in the world, isn't a free trader—it only lets in a few foreign films each year. Last year, Disney couldn't get Christopher Robin released in China because bloggers opposing Communist Party rule compare Xi's appearance to Winnie the Pooh. So with the bottom line in mind, Hollywood's now writing movies to please Xi Jinping—self-censoring—which means, as Beijing likes to put it, not "hurting the feelings of the Chinese people."

If you're making a movie you want to play in China,  you submit your script in advance to Chinese censors, and accept their revisions. No references to Tiananmen Square, Tibet, or Taiwan (the "three Ts) are allowed, and China can’t be portrayed as the authoritarian surveillance state that it is. It won't take China long to become the biggest movie market in the world, meaning Hollywood's going to be increasingly producing films tailored to the delicate sensibilities of the Chinese.

There's a national problem when you have an institution with the cultural clout of Hollywood being submissive to a foreign rival. Globalization wasn't supposed to intrude into the national consciousness like that. It wasn't supposed to make the NBA release a conciliatory statement in Chinese after Daryl Morey's tweet that was more abject than the English version, or a Houston Rockets employee attempt to prevent CNN's Christina Mcfarlane from asking James Harden if he had second thoughts about his groveling to China.

Harden, who makes $28 million per year in salary, refused to answer the CNN reporter's question, making him a well-paid accomplice in the Chinese domestic censorship effort. It's too bad that he and his fellow players and coaches don't have the backbones of Trey Parker and Matt Stone, who reacted to their punishment with this statement: "Like the NBA, we welcome the Chinese censors into our homes and into our hearts. We too love money more than freedom and democracy. Xi doesn't look like Winnie the Pooh at all. Long live the great Communist Party of China. May the autumn's sorghum harvest be bountiful. We good now China?"