The Evolution of Extra Place

A reminiscence of Lower Manhattan in the 1970s. 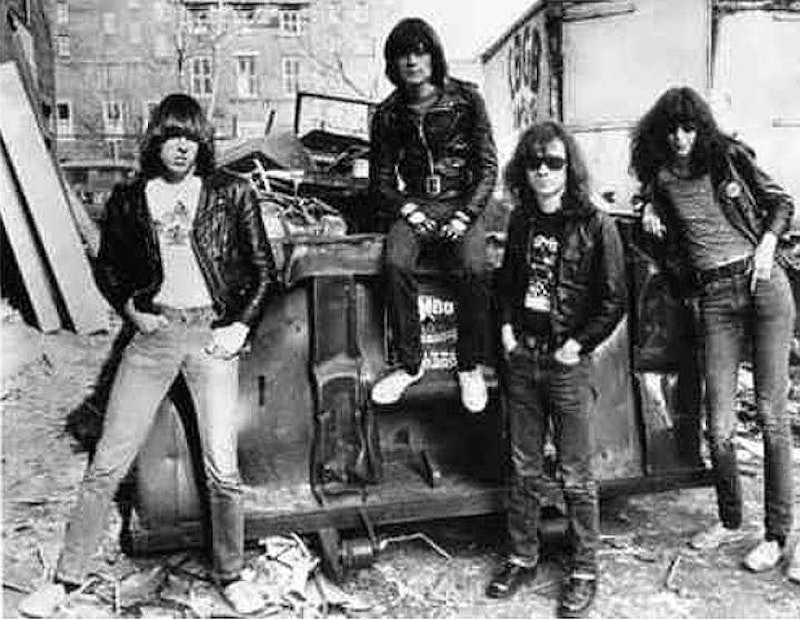 The Bowery has figured heavily in my Forgotten New York posts over the years—along with Brooklyn’s Williamsburg and Times Square, no other New York City neighborhood or street has been home to more rapid change over the last two decades than the old road to Peter Stuyvesant’s farm, or bouwerij. It was extant in pre-colonial times as a Native American trail and once was a part of the post road to Boston (it remains, along with Broadway itself, one of the few roads left over from before the Commissioner’s Plan of 1811 gridironed Manhattan Island).

In the days immediately following Peg Leg Pete’s era, the Bowery was lined with stately mansions and fashionable shops; it gave way to upscale, proper opera houses that later moved uptown; then to cheap entertainments, raree shows and hot corn girls; after they were shrouded by an El, the cheap entertainments themselves moved uptown, and the destitute, the desperate and the down-and-out moved in. “Bowery bums” remained even after the 3rd Ave. El was razed in 1955, and remnants of this past remain even during the Bowery’s newest incarnation as Luxury Row, along with Bowery’s sub-genres as the home of  jewelry emporia on its south end and wholesale kitchen equipment, lighting, and cash registers on its north end.

I couldn’t help but feel a tinge of melancholy when, after an afternoon of loitering down Bleecker St. I ended up at the Bowery, facing the spot where CBGB’s used to be. That very week I viewed a clip of Television performing “Little Johnny Jewel” in Central Park during one of their reunions a few years ago. When Vin Scelsa first played it on WNEW-FM in 1975 I recognized it as a shift; this was an era when “Love Will Keep Us Together” and “Kashmir” ruled pop and rock radio, respectively. Forest Hills’ Ramones quickly followed Television into Hilly Kristal’s Country, Blue Grass and Blues club, and thousands of bands after them. I was a little sad to see, as I moved through this new Bowery, that the world inhabited by these bands of yore is utterly gone.

In a photo shown above from that era Johnny, Dee Dee, Tommy and Joey Ramone are standing alongside a wrecked car in a garbage-strewn alley; a truck emblazoned with the CBGB logo can be seen in the rear. This is Extra Place, a dead-end on East 1st St. a little east of the Bowery. CBGB’s back door opened onto the alley. 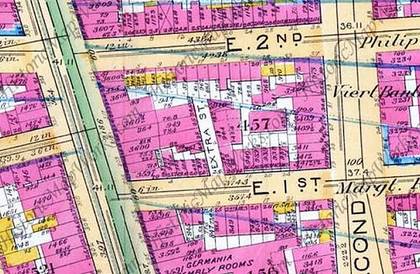 The story of Extra Place begins around 1800, when landowner Philip Minthorne divided his 110-acre farm among his four sons and five daughters. A tiny parcel was left over, which became “Extra” Street when the grid pattern was cut through. It remained a Street (as the 1891 map here shows) until around the turn of the 20th century, when it became a Place. It led a sleepy existence for decades as a front for metalworking shops, garages, and in Prohibition days, speakeasies. 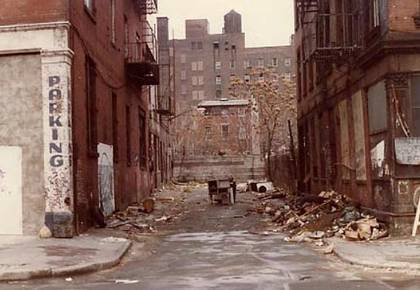 By the late 1970s, NYC had been in recession for years, many neighborhoods were in ruin, and large swaths in Brooklyn, the Bronx and the East Village were in desperate condition. My friend Bob Mulero’s 1978 photo of Extra Place shows our alley in total disarray. Yet even here there are vital signs. The hand-lettered sign once marked a busy parking garage, and the alley shows through to a three-story freestanding house on E. 2nd St. CBGB was in full swing in 1978 and one of the doors on the left was its back door. 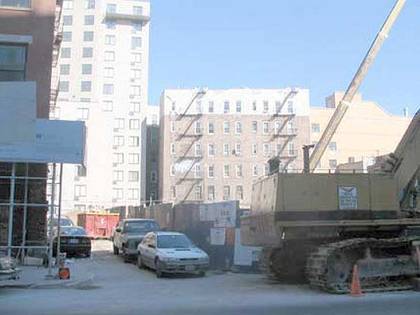 In 2006, the buildings to the right of Extra Place have been torn down, and cranes are in position laying the foundation for luxury residences. Avalon Bay Communities purchased properties along the Bowery from E. Houston St. to E. 2nd, and commenced to knock down longstanding properties along each of the streets, including the notorious McGurk’s Suicide Hall; run by saloonkeeper John McGurk, it attained its moniker from the prostitutes that ended it all by gulping carbolic acid on the premises. In 2007, Avalon set about building gleaming towers and ridding all trace of whatever color was still echoing through the decades. In 2006, Extra Place was still a dirt road, but the old garage was spiffed and buffed for its new job of providing housing. The freestanding house on E. 1st has given way to a residential tower. 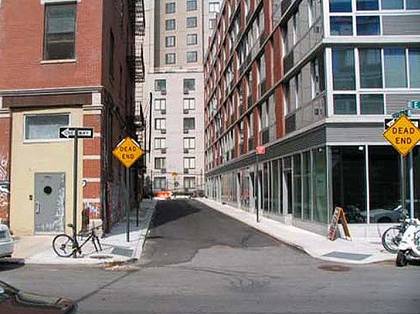 By 2009, the transformation is complete. Extra Place has been paved and the Department of Transportation has installed street and dead end signs; previously, Extra Place was identified by word of mouth. Avalon has acquired the dead end and plans to bring in retail establishments; two of them, Bespoke Chocolates and Montana Knox Apparel, had in fact already moved in. Today, the Japanese eatery Momofuku Ko can be found here. 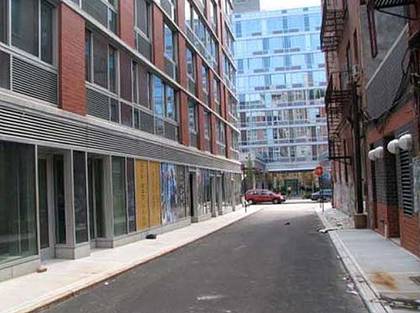 You can’t, with a clear head, say the new Extra Place is not vastly improved over the 1978 model, strewn with garbage, detritus and vomit. If the new Extra Place, lined with boutiques and boites, is a big success, the East Village will be better for it.