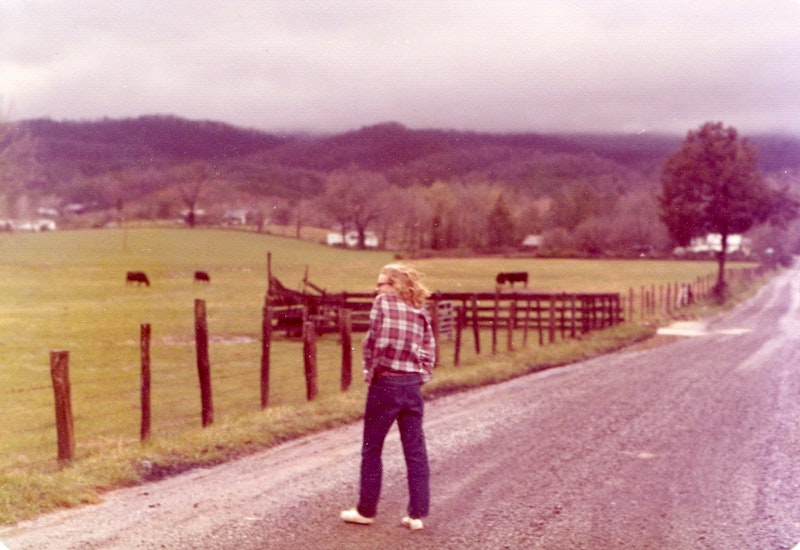 A common refrain in the past week on social media, and in conversation, is “It’s a new world.” A reference to the Paris murders, of course, and fairly accurate, but then I’ve lived through at least a dozen “new worlds” since I was a boy. Back in 1983, the great (and unfathomably underappreciated) L.A. band X released “The New World,” a bitter critique of Ronald Reagan’s “Morning in America.” Not that X’s John Doe and Exene Cervenka were starving—nor was Elvis Costello busking for coins while filleting Margaret Thatcher—and I thought Reagan was a fine president, but that’s beside the point. It was a new world: no pious lectures from Jimmy Carter, the popularization of the term Yuppies, the rapid and heartbreaking onslaught of AIDS, and the first media plumping of Donald Trump. (I never would’ve imagined he’d come back to bite the country’s ass in 2015.)

In March of 1974, on a road trip from Baltimore to Houston, I discovered my personal new world. It was spring break, and my college roommate Mark and I, looking for a cheap way to get to his family’s home in Texas, located on a school bulletin board one of those deals where you drive a car for someone to a specific location and the cost was just gas (cheap) and tolls. Although at that point in my life, 18 and just spitting out adventure after adventure, I’d been to San Francisco, Cannes and Innsbruck, any spot south of Baltimore was foreign territory. We left around noon in a worse-for-wear red Dodge, and all went smoothly until getting tangled up in D.C. traffic, which put a crimp in our timetable. We took shifts driving—which amazes my wife and kids today, since I haven’t been behind the wheel of a car since about 1977—and, getting drowsy around one a.m. near Knoxville, TN, stopped at a motel for some shuteye. No room at the inn! The redneck lady took one look at our shoulder-length hair and said, in a rancorous manner, that hippies wouldn’t soil her pay-by-the-hour fleabag. Naturally, we were pissed off, but not wanting to end up like Dennis Hopper and Peter Fonda in Easy Rider, we mouthed off a bit and then drove away, and on a back road settled in for a one-hour snooze.

Forging ahead, we saw the sun rise in rural Georgia, on a barely-paved road (shown in the picture above) and I snapped a photo of Mark making friends with a bunch of cows on a farm. Thinking back, I’m surprised that we remained completely abstemious during the drive—no booze, pot or uppers, just coffee and cigarettes—though I suppose the adrenaline of foolishly motoring on at 90 mph was intoxicating enough. We switched the radio frequently, avoiding the bad country songs, and for a couple of hours, nearing Alabama, lucked into an all-soul station that was just getting fuzzy upon arriving at Spring Hill College in Mobile, which one of Mark’s buddies from his Jesuit high school attended. This was fascinating to both of us, if only because of Dylan’s “Stuck Inside of Mobile” from Blonde on Blonde. We crashed in Jimmy’s dorm, went to a couple of parties, and got a kick out of his Lady’s Man boasts: “I’ve had a different chick nearly every week, Mark, and here’s the thing: They give the rubbers to me!” Jimmy was a genial host, another standard-issue hippie who just two years later would become the college’s lead “Ford in ‘76” coordinator. Situations move fast when you’re young.

Back in the Dodge, we traveled through the notorious-Mississippi, but frankly, I thought the outskirts of Biloxi were outstanding: I’d never seen beaches with sand so white, and I don’t think the locals bleached them to jive with their still-current racism. Paydirt came when we arrived in New Orleans, which was mobbed with students from all over the country even though it wasn’t Mardi Gras. In fact, we bumped into two friends from Johns Hopkins, who’d independently taken their spring break there. We all settled into the lax confines of Tulane University, making some very temporary friends who showed us bar after bar, off the beaten track, although naturally we stumbled around on Bourbon St.

Houston was no New Orleans. It was a pleasure meeting Mark’s family, and his dad was a riot, an opinionated conservative who never stopped yakking, all the while chain-smoking, cupping his hand for the ashes. But the city itself was a drag—this was still before Texas exploded in growth—and I was stunned, naively I guess, at the lack of pedestrians on the sinister streets. One day, in downtown Houston, such as it was, I jaywalked across a street with no traffic, and out of nowhere appeared a Texan trooper who promptly arrested me for the offense. It wasn’t that big a deal, a couple of hours at the police station acting like I was in Sunday School—“Yes, sir. No, sir. It’ll never happen again, sir.” That sort of malarkey—but once released I questioned Mark about his hometown and its really, really weird way of life. “Hey, don’t blame me, man. It’s Texas!”