The devastating loss of my little island friend. 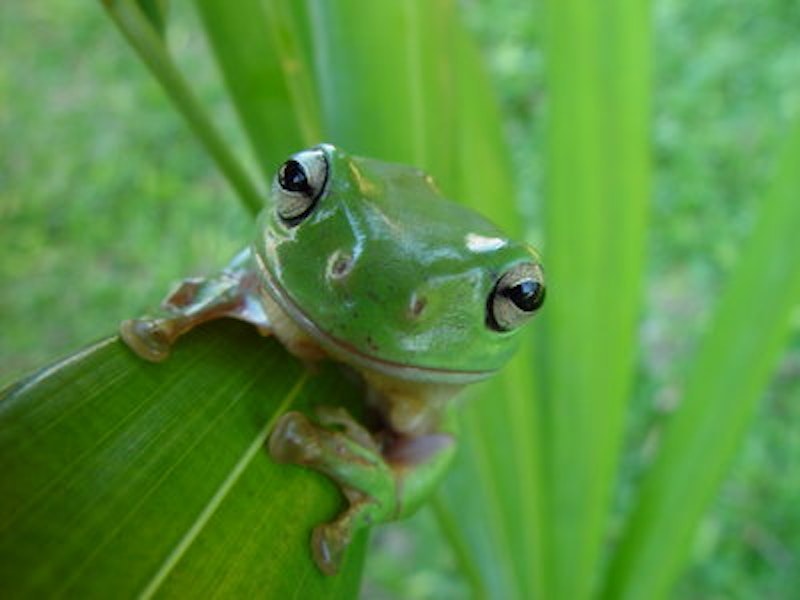 When I was writing my first novel, I had a little friend. His name was Steinbeck, and he was an adorable tiny mouse who came to my cottage on the island to visit while I wrote. He never scared me. I left out cheese for him, and missed him when I finished the novel and left that place.

When I wrote my second novel I had a different place on the island and a different mouse I never named or saw. I was mildly annoyed because that one hollowed out the stuffing from the inside of the recliner, but we had an agreement that he’d only sleep there when I wasn’t at the cottage. He seemed to know when I wasn’t around and respect the times when I was, so I never actually heard him chewing directly underneath my ass. When I finished the book, I simply removed the mouse nest from my chair.

As I write the third novel at a lovely cottage on the river side of the island, there’s no mouse. This time, there’s a beautiful bright green frog. I met the frog when my friend Stefanie came to visit from California. It’s a small place, so I gave Stef the bedroom. When I heard her blood-curdling shriek, I ran in there and, horrified and trembling, she pointed to the wall, where a tiny, one-inch frog was situated. Allegedly, he had “molested” (her word) her by “jumping into her face” and she had swatted him there. I “saved” (also her word) her by scooping the frog up and taking him to the porch where I took a photo and figured he’d be dead by morning, having been hit like a solid line-drive to left field by my terrified friend’s hand.

The frog returned the next night to the cottage’s front-screened door, where the internal light brought a steady diet of flies, mosquitoes and other snacks. Safely on a plane back to LAX and removed from the freakish Discovery Channel-worthy horrors of Maryland’s Eastern Shore, my friend Stefanie now confronted text message photos of the triumphant return of the adorable amphibian. I sent a video with a caption informing her that the frog had been named Stefanie in her honor.

During the day, the frog tucked herself into the corner of the doorway. I looked for her there in the morning; she’d blink in my direction to greet me. At night, she’d spread-eagle her little suction-cup tropical-toes and blink a greeting at me as she prepared for mealtime. She was a cool little pal.

One night, my husband and two younger kids were spending the night at the cottage for the big Perseid meteor shower—the island is perfectly dark and the dock was the perfect place to watch. As I rushed out the screened door to head to the waterfront, I didn’t realize that Stefanie had been perched between the two glass sliding doors, no doubt chasing a huge fly, and the motion of the doors sliding past each other had caused her to fall.

I saw the smear on the glass of… frog juice.

She was not dead. She seemed okay. Maybe she just… rolled, so I hoped she’d recover. I watched the meteor shower, worrying about her the whole time. I thought I should go back and check on her, but focused on finding the next falling star with my kids. I couldn’t find her when we got back. I couldn’t find her the next morning.

About two weeks later when the heat finally broke and it was nice enough to finally use the screen door, I slid the screen door over, and I found her. She was completely dehydrated and stuck to the screen, about a fifth of her original size. It was like Stephen King had come to the cottage and written a tiny short story just for me; a moment of such unbelievable horror. I covered my mouth, sat down and just stared at the tiny creature. I had to pry her from the screen, tears running down my face as I dealt with the reality that I had actually killed her.

And I knew the worst part would be the smug indifference in the form of a text message out of California.