Just Not That Funny Anymore

I’m an old fat white dude in the way. 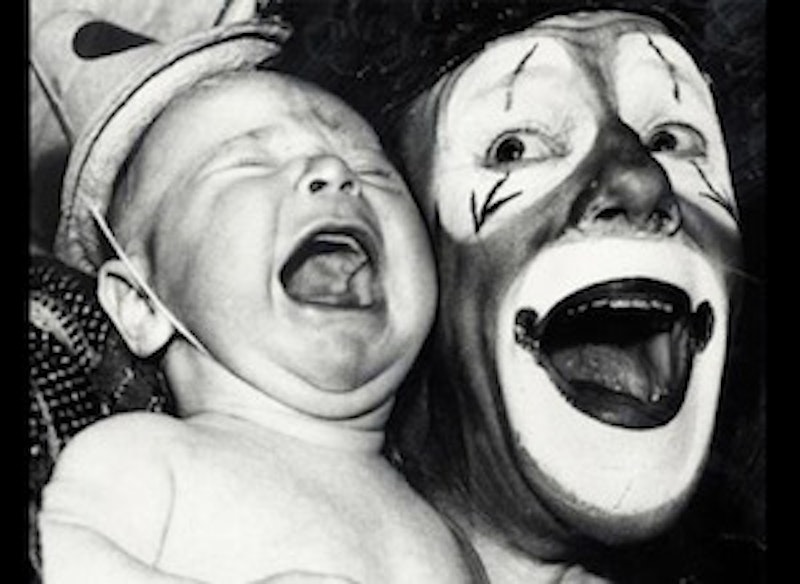 Below the surface of a deadly serious and straight-collared upright uptight culprit lurks laughter. It’s the all-American, god-fearing, gun-loving defender of the will and the way. The great pretender of life. It’s the straightjacket of humor that hides under the insanity everywhere in plain sight. Waiting to bust a gut laughing and roll on the floor in convulsive fits. Any situation or occasion can be funny.

Even in tragedy, laughter can be the best relief. When a loved one dies and everyone's grieving, a good memory or funny anecdote can bring smiles, even tears of laughter. Comedy allows us to overcome fears and woes, to laugh in the face of death. Kick the grim reaper in the ass. Make life a bit brighter and lighten the burden of an uncertain world. Things reach a hapless point of no return, a place void of smiles, empty of joyful hilarity. What started with laughter in the moment is now reduced to harrumphs and shaking heads nuh-uh not me.

In total disbelief of now, right this second. Sadness envelops once happy days muffling chuckles, stifling guffaws, suppressing tittered giggles. A good belly laugh reduced to a quivering mass of convulsed sobbing. No more tears. It’s not funny anymore. I don’t find humor in our predicament. It’s not polite to laugh in someone’s face. Playing with people's lives like messing with little dolls in a dollhouse. A miniature replica of life only more stiff and deadly. Gut-wrenching in denial, I’m an old fat white dude in the way.

Nobody wants to play with old people. Child of the 1960s, now in my 60s waiting in the express checkout line? Getting in the way of me and those much younger, quicker consumers moving faster and harder all the time. Leave that identity stuff at the door. I turned invisible at 50. What I find laughable is the so-called news stories that are not really news. This tidbit of late, the Pope said pedophiles were “filth in the toilet.” Better late than never. Out of my mind but it's all in the head. Get my head out of the toilet. The President declares all is fake including himself. Out of the mouths of fools come nuggets of half-digested truths.

Between a head full of crap and a bellyful of poo. A heart filled with love.  A dreamy-eyed drifter spending away the hours on daydreams for one. Putting it out there in public. Offal-flavored fodder for the masses of hungry minds of memories trying to remember. Anorexic, bulimic, hunger artists slicing sicko sushi from arms and legs. Eat away at the self until there is no you left. We’re starving for laughter. Still full of it. Life is for the living and death is still up for debate. The dead come back to visit in dreams.The dead dream in reverse. Once they come back to us they never leave. Like house guests who overstay their welcome, a smelly corpse that laughs at nothing. Propped up in the corner of the room like a pile of dirty laundry.

Bad things happen to good people all the time. We scream and cry when it hurts bad and it only hurts so good when we laugh. It's a conundrum. Many feel blessed by good fortune and the luck of the draw while others suffer in silence and quiet desperation. One person’s redemption is another's misery. Comedy is the ugly stepchild of tragedy. Both co-exist in real time and on occasion collide to become happily sad.

Reaching a crucial point in the shared collective consciousness while ignoring facts and basic truths. The laws of nature no longer apply. It’s nonsense and silly sing-song verses of acceptance. Having no control over anything said or done in the name of whatever gods of personal choice have in store. It’s funny that way. Things said in jest or sincerity are now the same. I was just joking and I didn’t mean anything by it. Just kidding you know. Don’t be so sensitive. Let it roll off the cliff of your absurdity. No longer caring if I’ve offended someone or singled out a particular group for amusement. To pass the time demeaning and belittling each other is the national pastime. It’s no joke to poke fun at institutions of higher learning and make light of positions of authority but it’s a lot of fun. People have the power to laugh through the tears.

Set up for the punchline. A real zinger. Jab in the ribs with an elbow and a slap on the back. Fair game for the taking. Ripe for the picking. A sucker for a good joke. You play the straight man. The same old story told over and over by a fool to an idiot. We laughed ourselves to death. Heaving sobs of joyful noise, in jest we chuckle. There’s no way out through the lobby. Run to the nearest exit. Gunshots can be heard nearby. Explosions and sirens wail in the distance. Run away. Are you scared yet? Just kidding.