Finding the Disguise in Three Masquerades

Just as you think you understand what you’re reading, some new angle changes everything. 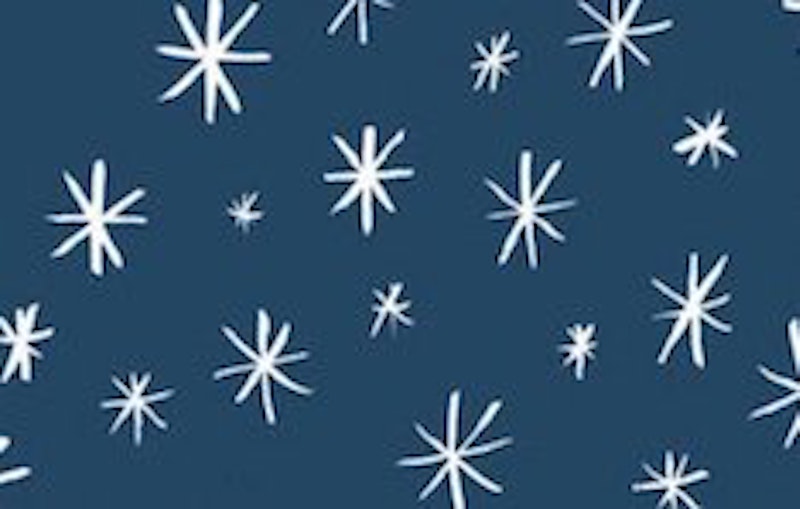 In the cold world of publishing it’s pleasant to see a successful novelist paying it forward, using commercial appeal to promote the work of a lesser-known writer who inspired them. An example is Three Masquerades. Edited and introduced by Daniel Handler, better known as Lemony Snicket, it’s a volume of three novellas by Rachel Ingalls. Handler’s fame may draw attention, but the book’s a good argument that Ingalls should be more widely read.

Born in 1940, Ingalls has drawn critical appreciation over her career without becoming trendy in literary circles. Her first novel, 1970's Theft, won the Author’s Club First Novel Award; her 1982 book Mrs. Caliban is probably her best-known, praised by John Updike and Ursula Le Guin. She’s favored the novella form over the years, and Three Masquerades collects three of her works from the mid-80s, making a strong case for the importance of her work.

“I See a Long Journey” follows a wealthy woman named Flora as she takes a holiday somewhere in the tropics with her husband James and her husband’s bodyguard Michael. Much of the first half is concerned with Flora’s relationship with James, her family life, and her attraction to Michael—yet the addition of subplots about attempted kidnappings and a religious seer don’t feel surprising. The world the story builds is oddly harmonious, all leading to a sudden epiphany for Flora and a sense of unexpected if understated tragedy.

“Friends in the Country” has a Shirley Jackson feel; Ingalls shares with her a tight, direct prose style, and this is a story about a weekend in a crumbling country house filled with bizarre characters and, possibly, the supernatural. Lisa and Jim are a young couple visiting distant acquaintances in a mansion some way from home, where they find a group of occultists and believers. Events conspire (fog, night) to keep them in the house despite weird happenings (including a brief infestation by toads and the presence of ghostly molesters). This sounds fairly standard for the horror genre, but the structure of the story is wholly unlike the typical haunted house tale. Character-centered, it uses horror elements but substitutes surrealism for gore.

“On Ice” starts as another story about a woman, Beverley, on vacation with her fiancé, Claus. Among the European mountains Beverley meets old acquaintances from her home—but then the story takes an unexpected twist, and a secret society’s introduced. A brooding air of danger and implicit violence culminates in an unpredictable way; themes of home and aging and deception develop into a tale that is, by the end, heartbreaking.

Handler’s introduction to the book is mostly given over to a long letter from Ingalls discussing her work; she mentions her taste for pulp and melodrama, and observes, “There is some difficulty in finding a category for my books. For a while I was put in the Gothic slot but probably I’d say that a combination of fable, fairytale, and Romance would fit. Maybe that is Gothic.”

It’s a fair description of the stories in Three Masquerades. Each has a romance at its center, following women in various stages of relationships with more-or-less puzzling males. Each has a fable-like tone, in which simply-described actions and events have a dreamlike feel, as though describing things whose importance can’t quite be nailed down. And each story has something like a fairytale in it—not necessarily wholly fantastical events, though at least two of the stories can be read as fantasy or horror, but surreal situations that push at the boundaries of what the world can hold.

It’s a little harder to see the influence of melodrama on the tales here. There are strong plots; albeit plots that don’t end up being about what you think they’ll be about. But there’s a quiet thoughtfulness to most of the stories that allow both strangeness and a sense of unease to build slowly. There’s an attention to character that’s foreign to melodrama and pulp. And a precision of language, a care with words, that is the opposite of the virtues of pulp fiction.

The stories have obvious similarities, each about a woman in a more-or-less troubled relationship who goes on a journey with her partner to a strange place and encounters danger. They also have significant differences. The lead characters aren’t the same age, and their relationships are at different stages. These are different people, who react differently and perceive things differently; characters drawn well and subtly, defined by their actions.

Stylistically the prose is similar in each case: simple, direct and exceptionally tight. But the images each story plays with vary. “I See a Long Journey” is a romance with light elements of the supernatural, “Friends in the Country” has a strong classic horror-story feel, and “On Ice” nods to Hitchcock in unexpected ways.

Each story also builds the plot around a kind of misdirection, so that just as you think you understand what you’re reading some new angle changes everything, and you realize the tale has all along been about something different both in theme and plot. The book’s title makes sense; these stories are masquerades, presenting themselves in costumes that hide what they really are—yet provide hints to something profound. Are they genre stories in a disguise? Or is genre the disguise? Either way these works are subtle, and exceptionally strong.