The Dark Side of Pranks

I shed my own trickster skin years ago. 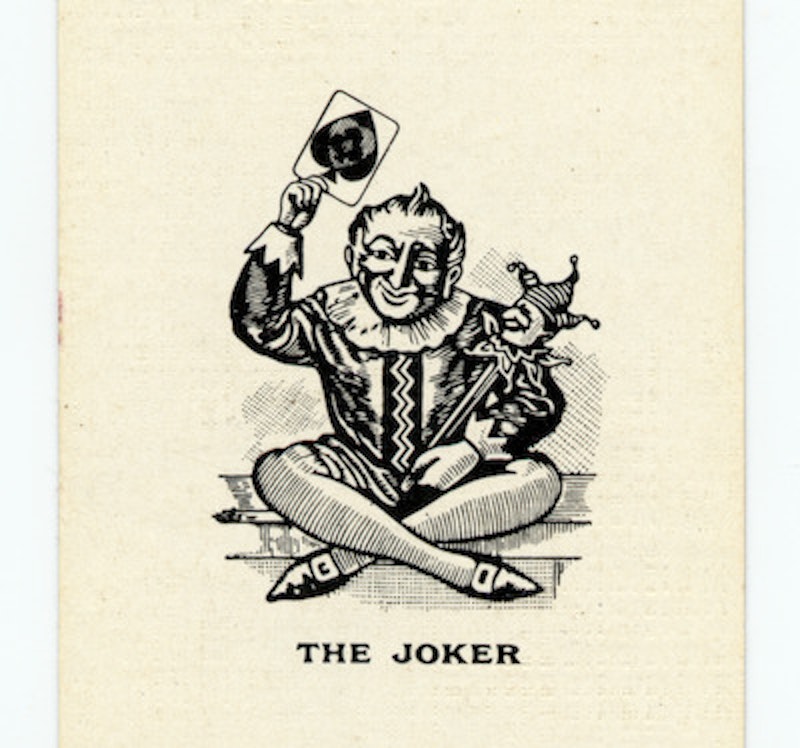 In my younger days, I was an avid practical joker. It started with prank phone calls when I was 12. Those were the days before cell phones and Caller ID so anonymity was assured. I remember a prank I pulled on a rainy day. I dialed a number at random and when a woman answered I told her I was from the phone company and that we’d be testing the lines for the next 20 minutes. “If you hear the phone ring, DO NOT PICK UP!  We’re checking for electrical interference and if you answer you could put the life of the line worker at risk.” Of course I’d call back and the line would ring and ring. After awhile, the woman would finally answer. I’d scream and hang up the phone.

Many pranks didn’t allow me to see the final results. When a neighbor went on vacation, I broke into the home and rearranged the furniture. I also rearranged the contents of the refrigerator. After the Manson trials, my friend and I snuck into a neighbor’s backyard with a boombox and blasted “Helter Skelter” at maximum volume.

In high school, my pranks became more elaborate. I had a friend whose father was a doctor. He obtained some methylene blue, a prescription medication used to treat urinary tract infections. The medication was harmless but one of the side effects was that it turned urine blue.

I targeted my basketball buddy Brian. I told him about a new disease that caused a man’s dick to fall off. The first symptom was that your urine turned blue. Over the next few months, I embellished the story, saying the disease originated in Thailand and spread into Europe. Then I mentioned the first American case was found in Arizona. Soon, I spoke about a case in California. One day, during lunch, I surreptitiously squirted a few drops of methylene blue into Brian’s orange juice. He didn’t show up to school the next day. When I called his home, his mom told me he wasn’t feeling well and that they were planning on seeing a doctor the next day. That’s when I spilled the beans. Brian never forgave me.

In college, I lived in an apartment building with tiny parking spaces in the garage. An elderly neighbor always took up my spot with his massive Cadillac. I tried street parking but this led to tickets. My revenge was a prank. The man lived down the hall from me and awoke every morning at 6:30 to get the newspaper outside his door. I walked to a newspaper kiosk and retrieved two dozen copies of the same day’s paper. The next day, I arose at 6:00 and replaced his current paper with the previous day’s edition. I did this again the following day. And the next.

I waited a week before the next switcheroo. I took his paper, removed the front page and placed it over the older paper. I varied this theme for the next several weeks, sometimes giving him older sport sections or business sections or entertainment sections. He finally caught me in the act and asked what I was doing. “No news is good news,” I told him. He stayed out of my parking spot after that.

In college I was a victim of a prank. A group of friends told me that if I graduated on schedule they’d pitch in and buy me a round-trip ticket to Paris. I succeeded and the night of our graduation they handed me an envelope. I tore it open and found a round-trip bus pass to Perris, California.

My maternal grandfather was a prankster. He owned a liquor store in midtown Los Angeles. When I was 17, I spent the summer working at his store. One of his customers was a kleptomaniac who stole candy bars. My grandpa decided to teach him a lesson. He took a Kit Kat wrapper and glued it over a package of chocolate Ex Lax. He left the fake Kit Kat on the counter and as expected the man put it in his pocket. We didn’t see him for a week. When he finally returned, my grandpa asked, “Where you been, Clarence?” He replied, “Man you wouldn’t believe the shit that’s been happening to me.”

In my 20s, I moved to San Francisco, a city famous for its practical jokers. I met a guy named Scott at a local coffee house who took practical joking to another level. He told me about his greatest prank. Scott accompanied a friend to a 25th year high school reunion. Prior to the event, he scanned the “In Remembrance” section of the old yearbook. He decided to attend as a classmate who had died in a motorcycle accident during senior year. Scott donned a leather jacket and a nametag with the dead student’s name. Upon arriving at the reunion he was greeted by puzzled frowns and stares.

“At first, people were nice to me,” he said. “They’d put their hand on my arm and say, ‘It’s good to see you,’ or ‘I’m so happy you’re doing well.’ After a few drinks, someone asked, ‘Weren’t you in an accident?’ Another person said, ‘I thought you were in a coma for a few weeks.’ I answered each question with a platitude like, ‘Life gives you challenges. You just have to overcome them.’ Each person walked away with a grimace, clearly upset. A crowd gathered and I could see they were glaring at me. They were pissed. My buddy and I made a quick getaway before we started a riot. It was tense but boy was it fun.”

This was the prankster ethos. The prank itself is exciting and fills you with manic glee. For a moment, you feel smarter than everyone else. You feel special. But once the adrenaline wears off, you’re filled with a sense of ennui. In my case, pranks triggered a state of depression. I yearned to get closer to people but the prank pushed people away.

At the core of my pranking was a deep-rooted sense of anger. I didn’t like my lot in life. Nor did I like people. Pranks were an effort to make others feel off balance so I could expose their true hypocrisy. Of course I was the one who was exposed. Potential friends were repulsed by my eagerness to insult them. I never felt more alone than during my most active days of pulling pranks.

I was a huge fan of Andy Kaufman, whose entire career was based on prankster energy. While his Taxi character Latka Gravas was sweet and disarming, his rude alter ego Tony Clifton spewed insults at audiences. Kaufman always kept people guessing, not sure if he was serious or simply nuts. He was such an effective prankster that when he died of lung cancer at 35 people thought the whole thing was an elaborate joke.

One of Kaufman’s idols was the 1960s standup comedian Dick Shawn. Shawn often collapsed on stage during performances, remaining motionless as if he’d fainted or had a heart attack. Audiences grew uncomfortable, wondering if it was part of the act. After a while, Shawn would rise and continue his routine as if nothing had happened. In the ultimate boy cries wolf scenario, Shawn suffered an actual heart attack on stage while performing in 1987. No one did anything for several minutes. By the time paramedics arrived, Shawn was dead.

At their best, pranks take people out of reality and allow them to see life in a new way. In mythology and folklore, the trickster uses pranks to disrupt the rules of society. Br’er Rabbit, a classic literary trickster, outwits authority figures through language and intellect. Bugs Bunny, the greatest American trickster, uses creative wit and ingenuity to outsmart those who’d do him harm.

Pranks can be dark and destructive. The prankster always needs a victim. When a prank is successful, the victim looks stupid. The prankster walks off triumphant while the victim slinks away with his tail between his legs. The prankster’s intention might be noble, to expose an ignorant mindset or to speak truth to power. But the result separates people instead of bringing them together.

I shed my own trickster skin years ago, though I still get a kick out of seeing talented pranksters at work. My favorites are Sacha Baron Cohen, the Jerky Boys and Longmont Potion Castle. I had some great laughs along the way but my prankster days are over. I no longer enjoy making people look foolish.