Hanging Out In Limbo

A celebration of ex-Baltimore artists. 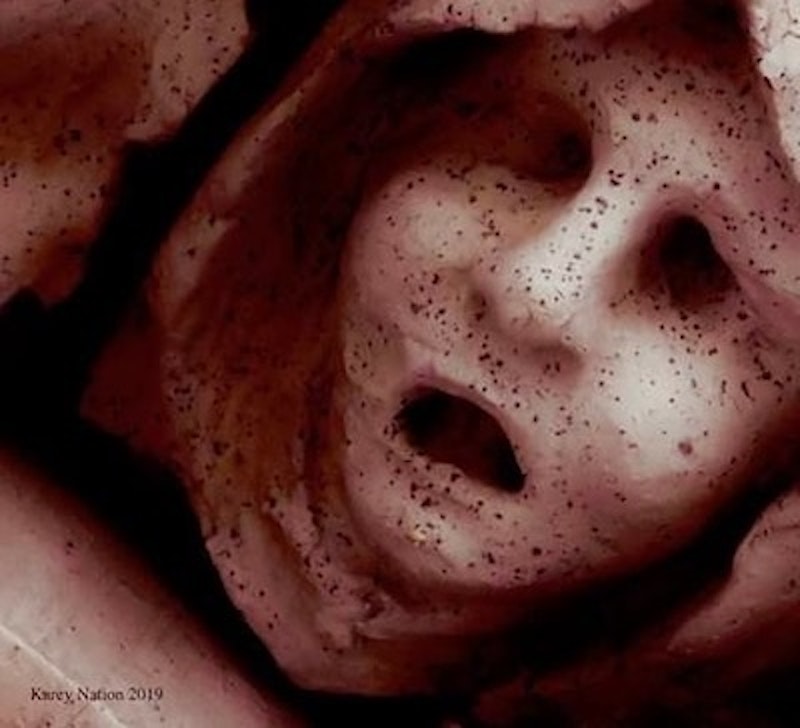 Last week I attended the 12th Annual Charles Bukowski Memorial Reading held in NYC. The drive north was uneventful except for occasional snow flurries along the way. It was my first time at an all-Bukowski event. It was great to hear Bukowski epic poems out loud and also meet the promoters Peter and Kat from Three Rooms Press, although they seemed wary of my gregarious attitude. They may have wondered who the fuck is this weirdo old fart who knows our names, shakes our hands and gives us his music CD's. They didn’t know me but I was happy and thoroughly enjoyed the show and a celebratory evening out on the town.

Even better then hearing other poets read Bukowski poems, I hung out with my old drummer Jimbo from Brooklyn. I had an afternoon lunch with lifelong homie Michael Gentile at Da Burger Joint on 2ndAve. Later that evening I met up again with Mike and his beautiful friend Gayle. I cherish all the moments I get to spend with Michael because it doesn't happen too often as the years disappear. Michael’s one of the exceptional artists of these times. I’m lucky to know him. His recent work uses brightly colored dyes applied on silk creating imaginative delicate tableaux that float happily upon the cloth.

Later that night I caught up with Karey Nation, another old school friend and artist from Baltimore who I first met in the late 1970s at Grandma's Candle Shop on Saratoga St. I hadn't seen him for decades. Karey worked behind the counter of that tiny store where I’d purchase guarana powder for more pep, incense sticks, candles and rolling papers. It is a cool witchy little occult shop that's remained in business before and long after the hippie head shops all vanished. Time is dismissive that way.

Karey resides in NYC. His images of Manhattan architectural elements and street scenes, store window displays and strange folk are like captured dream sequences. He spent many years on the West Coast living a life as colorful as his art. He's a hardcore photographer with a technical eye for minutiae and vibrant art motifs. His photo archives is in the tens of thousands of one-of-a-kind shots. He’s also a wild jewelry designer whose collection created a niche among the fashion set of rock ‘n’ roller types along with the leather clad SMBD community and the heavy metal biker world.

Like his photos, the handmade necklaces, pendants, belts and other accessories are sharp, elegant and delicately hard-edged. The accompanying photo with this piece is a Karey Nation image I really dig. I hope he decides to stay here in the east where his photos may get greater exposure, excuse the pun. But we're in the digital age. He deserves recognition like too many other great artists I know. A mutual friend of ours, Madney Carlisle, is yet another of the many ex-Baltimore artists I love. A fine example of the unsung creative heroes banging around in the art world going mostly unrecognized.

He now resides in the sunny southwest. His abstract paintings are sublimely subliminal and display a curiosity of form and color. A playful combo of paint and light. His work pays homage to the abstract 50's and pop 60's. I recall his early work among other artists in the early 80's on display at the Marble Bar in Tinytown. There were assemblages that incorporated hypo needles, empty glassine dope bags, and crack vials mounted on paintings. Many artists were using found drug paraphernalia in their art during that period. My memory is fuzzy so chalk it up to a sign of the times. Those artists resonated then and even more now that so many of them are gone because of those druggy days. I do remember Madney Carlisle created a series of paintings based on the fearless Madeline character of classic illustrated children's stories .

These people play hard and work harder on the edges of society to produce an intricate lace trimmed with disappointment and heartbreak. It doesn't stop us from continuing sometimes stumbling into the unknown. We share a vision as clear as any who claim to be makers and inventors of the sacred and profane. I missed a few friends on this latest excursion and have omitted a bunch of names here but I know we shall meet up again.