We can surmount the challenges facing this once grand Republic of ours. 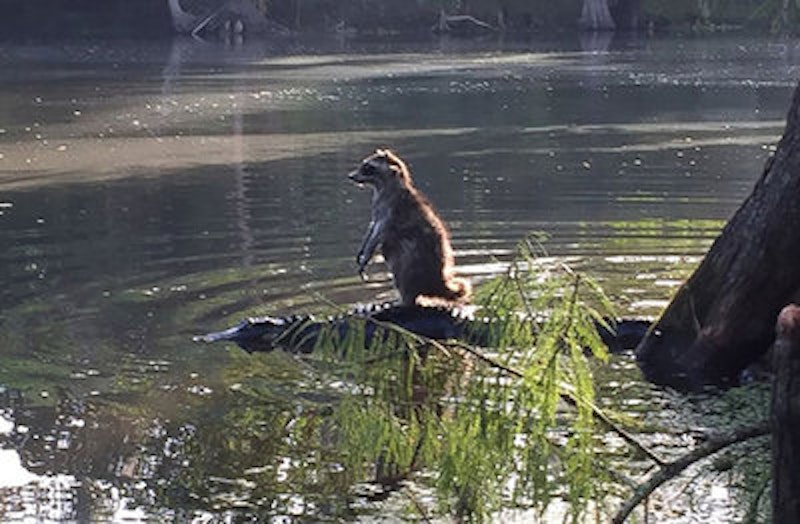 Diminutive arch-fiend Charles Manson has outlived Vincent Bugliosi, the prosecutor who managed to persuade the court to sentence him to death despite being unable to actually place him at the scene of the crimes of which he was accused. Vapid mannequin Lindsay Lohan just turned 29, despite a lifestyle that could kill Ozzy Osbourne. Kanye West demonstrated his complete lack of talent in front of God and everybody at Glastonbury when he made an embarrassingly feeble attempt to cover Queen’s “Bohemian Rhapsody” sans the autotune device that has previously covered the fact that his “singing” voice is markedly worse than that of the average barnyard animal. Donald Trump is clearly still taking orders from the demonic being perched on his head craftily disguised as a bad toupee. Hillary Clinton is having a perfect Gloria Swanson Moment in her political rendition of Sunset Boulevard. Bloated gasbag Chris Christie persists in believing that bankrupting the state of New Jersey somehow qualifies him to eat his way into a heart attack in the Oval Office.

The Supreme Court’s shockingly rational decision to legalize same-sex marriage triggered spasms of outrage from the swine who pose as “Christians” while exhibiting none of the qualities extolled by Jesus Christ in His numerous lectures. America’s endless War On Terror has come full circle: we are now openly supporting al-Qaeda, the alleged perpetrators of the 9/11 attacks that inspired the whole lunatic crusade. Black America is more concerned with the display of a battle flag from a failed rebellion that occurred 150 years ago than the fact that their undereducated kids are murdering one another at a rate that makes the cops and the KKK look like slackers. Speaking of the cops, they’ve killed about 500 Americans so far this year, and it’s only July. There are now more Spanish speakers in the USA than in Spain. Raccoons are riding on alligators in Florida, sharks are chomping down children in North Carolina, the whole West Coast is on fire, coyotes have invaded Manhattan, and the weather has gone completely insane.

Extreme conditions demand extreme responses. With a little creative thinking, we can surmount the challenges facing this once grand Republic of ours, and prevail, or at least make things more interesting. I have some suggestions.

Getting rid of the old Confederate battle flag is a good first step, but why stop there? Surely Old Glory is every bit as offensive to American Indians as the Bonnie Blue is to the blacks. In the general measure of human evil, outright genocide is certainly worse than slavery. The Gadsden flag is offensive to our ever-expanding population of bureaucrats and civil servants, with its openly anti-authoritarian “Don’t Tread On Me” slogan; additionally, it would be offensive to the numerous non-English speakers now filling the ranks of scab labor. We should come clean and be honest with ourselves about exactly who we are and make the Jolly Roger our flag. We could then replace the insipidly superstitious “In God We Trust” motto with something more effective at articulating our true intellectual and spiritual aspirations: “ARRRGGH!” would be perfect. Nobody in their right mind trusts God.

Ban marriage altogether. Something like four out of five American marriages end in divorce anyway, and science informs us that monogamy runs against human nature and stifles human evolution. The essentials of marriage such as property rights, estate transfer, and power of attorney can be more easily obtained through simpler and less ostentatious legal means. This would avoid innumerable human tragedies, legal imbroglios, and drunken post-reception parking lot brawls.

Ban autotune and digital instruments from the live music industry. If I want to hear a computer sing or imitate a human drummer, I can do it cheaply from the comfort of my own home without enduring the stench of the unwashed masses, $20 parking fees, $10 beers, and unspeakably filthy toilet facilities. Plus, I can have adorable cats, hedgehogs, koalas, puppies, and monkeys as avatars for these silicon-based presentations, instead of wretched bipolar sluts and brain-dead macho posers.

Institute a draft for the office of president. The job attracts the wrong sort of person, low-life grifters and narcissists with aberrant ideas and delusions of grandeur, criminal psychopaths and social deviants, unadulterated human filth. Simply find the best person for the job and drag them into the White House and lock them in for four to eight years. If they fuck up, shoot them. Replacements can always be found. Personally, I’d like to see John McAfee in the position, with maybe Charles Manson or Johnny Knoxville in the Veep slot for insurance. If a woman is absolutely necessary, I’d favor Maureen Dowd or Karen Finley, maybe Diamanda Galas. It seems like something Lindsay Lohan could do. She sure as hell can’t act.

Stop the clearly bogus and utterly ineffective War On Drugs. Make recreational drug use mandatory, and put the donut-eating tax parasite drug warriors to work enforcing the policy by going door-to-door to residences and workplaces randomly forcing the citizenry to pee in cups. If the drug test comes back negative, send out a SWAT team to kick their doors in, beat them senseless, trash the house, and kill their dogs. It’d be even better if the SWAT team got the address wrong, as they so often do these days, and trashed the neighbors’ house instead. That’d send a clear message.

Develop powerful psychedelics to keep the animal kingdom at bay. The furry fuckers and their shark buddies know that we’ve broken the planet, and they want revenge. The only way we’re going to survive to get to Mars is if we can get all these goddamned vengeful animals so high that they’ll leave us alone for the time it takes for us to leave. When you see raccoons riding on alligators, you know it’s time to leave. That’s a collaboration that should strike dread into any human heart, no matter how witless or dysfunctional. Should they manage to enlist the cats in their nefarious misanthropic enterprise, the Internet will break and we’ll all sink into morbid catatonia, die slowly and agonizingly from Facebook withdrawal.

There’s nothing to be done about the weather. Clearly, God hates us. It’s not about gay marriage. It goes back further than that: He’s still pissed about the ending of The Sopranos.