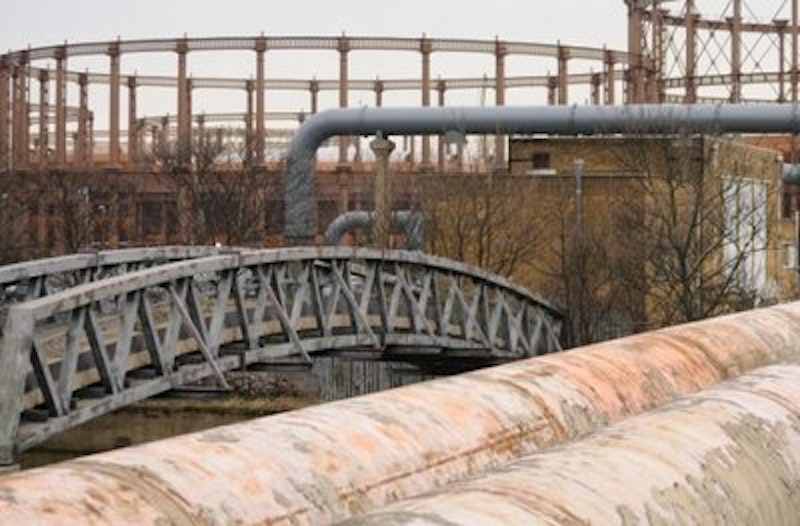 My phone died hours ago so I don’t know what time it is and don’t even know how to get home. I’m in a warehouse rave in Hackney Wick, East London, somewhere near the Queen Elizabeth Olympic Park, and when the DJ wraps up his last beat I wobble out of the club, eyes burning from the sudden punch of six a.m. daylight.

The security guard asks if I want to take a cab home and I say “no.” I know that cab ride would be something like 20 pounds, a total rip off for traveling a bit more than two miles. So I walk, completely unsure where I’m headed. I pass a couple heavily making out against a graffiti-covered brick wall and wonder if they’ll have the energy to have sex whenever they get home. I pass a Shell station, cross a bridge, and right then I see the night bus that would get me back to London Fields. I run for the bus but it keeps rolling. I still have no idea where I am but the air is fresh and no one is out or awake yet and it feels relaxing to walk through the city. London. Always noisy, always busy, always traffic, always in a rush. But now, at six a.m., it’s calm, relaxed, yawning.

I love staying out really late. You’re using and experiencing the city differently. In New York my friends and I wouldn’t even leave our place until one a.m. or get to where we were going to be until two. We’d find ourselves in some bar or club for a couple of hours, maybe hop to a new one and then find a diner somewhere in the East Village and have breakfast, talk about stuff and slide back home by seven, sometimes eight, depending on the subway.

The only others out on the streets at that hour are people coming from a big night out, walk of shaming, or those on their way to work. Six a.m. is the time when people who really love to party finally make their way home or else to the after party. At the rave I’m coming from people who were leaving by three four, and at five the crowd was much thinner than it was at two.

These are the real ravers.

Somewhere along Roman Road a young guy, maybe 23 or 25, shouts “Hey! Do you live around here?” He’s coming my way from the other side of the street. I tell him that, no, I don’t live around here and he asks if I know where he can get booze. He’s at a house party and his friends sent him out with 20 pounds to go find some liquor. I point to the Costcutter I just passed three minutes ago, tell him it’s on the right side of the street.

“Do you like punk music?” he asked me, probably because of the way I was dressed, wearing a Ramones t-shirt. He’s wearing dark sunglasses and has a nose ring and gauges in his ears. “Definitely,” I tell him, and he asks if I’ve ever heard of this band Black Flag. Obviously I have, and he tells me he has this tattoo I need to see. So he opens his belt and pulls his cock out and shows me this Black Flag tattoo he has printed on it. Tells me he’s not gay but wanted to show me the tat. Okay.

We’re in the middle of the street and cars are passing and a bus is heading our way and I laugh to myself as I wonder what people in the cars and in the bus must be thinking about two guys on a street corner at 6:20 a.m. where one is taking his dick out and pointing at it.

I wish him a good night and show him the direction of the Costcutter. I’m walking back towards my house and my feet are hurting from hours of dancing and 30 minutes of walking. Slowly, more people start coming outside. They’re running, walking their dogs or riding bikes and I think about how committed they are to be up so early in the morning. I wonder what their individual stories are, what they think of the sweat-drenched gay boy wobbling down the streets of East London alone at 6:30 a.m.