The indiscriminate indignities of flying. 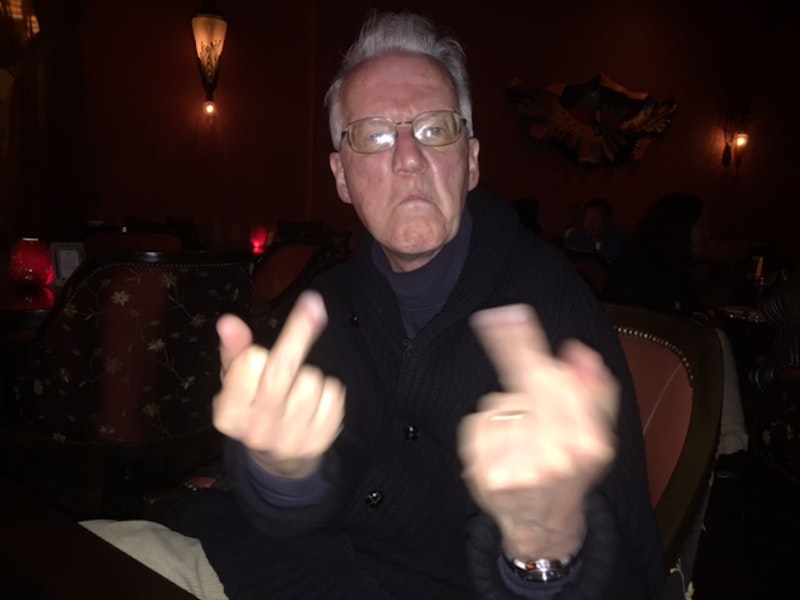 Waiting on the runway at Sea-Tac, one of the worst airports in America. The privilege of sitting here, waiting to get stranded somewhere else. The indiscriminate indignities of air travel will make a misanthrope out of anyone. Coast-to-coast pneumatic tubes might be a comfortable alternative in 30 years. Flying isn’t just inconvenient, it’s demoralizing, a coin toss in cattle car cabins and terminals, missed connections and middle seats. Travel is a privilege, and the airline industry expects its customers to take what they can get—shit and suspicion, chastising you for not being at the airport six hours before boarding. So, there’s a long line behind you and we’ll get you out of here… sometime soon. Seattle’s Sea-Tac is confusing enough when you land there, mazes and trams and hidden pickup lanes. Checking in is a poke in the eye, a probe in your behind. There’s little more infuriating and confusing than poor line management. It’s bad enough at a restaurant, how can an airport skip roping off paths for tired and confused and anxious people at their downer worst? At check-in and security, there were one or two employees with real gumption doing the work of corralling and keeping everyone up to date on what was happening, an uncut mob playing line shuffle, making moves to get behind five businessmen instead of the one family checking a cello.

Checking in last week, everyone was helped by one woman while three of her mustachioed supervisors looked at their irritated customers, appearing totally overwhelmed and panicked, emergency mode. Is this daily routine? Security was such a mess, with rope poles put up and arranged by M.C. Escher. As half a dozen agents in blue wearing white gloves stood looking around totally frazzled and frozen in place, one employee double fisting passport scanners. As more and more people poured in behind us, we were all gestured into the Wheelchair Exclusive lane, and as I handed the agent my passport, he looked up and saw a barely conscious elderly man in a wheelchair about 20 people behind, and a deep sadness passed over him, his face sallow as he wearily asked no one in particular to “fix this, please…” Another 10 minutes and I’m in the hands-up-don’t-shoot tube, grateful to rush to the gate and wait on a plane that landed late and made us miss our connection in San Francisco.

Everyone on our flight missed their connections. And then, after we all ran three gates over, the agents curtly told us it was too late to board, even though we saw the plane idling for another 20 minutes, still attached to the terminal. Oh well, a couple hours in San Francisco, better than Mobile, AL. But more bad news at customer service. Miss United took our case and bluntly said we’d be on another flight in 10 hours. Completely deadpan, as if being stranded is routine. After explaining that this was unacceptable, that we had to meet family in Santa Barbara, and had already missed some of them, she put us on standby on an oversold flight in two hours. Figuring it out on the spot, we figured renting a car and driving six hours made the most sense. We could still get our luggage back, and cancel the standby. In a scorned elementary school teacher’s tone, she said she’d go ahead and cancel our tickets home the next day. But wait, we’re flying U.S. Airways tomorrow, what does that have to do with United? “Oh, I’m sorry. Okay, you’re free to go.” One last poke in the eye before we pulled out, a battle barely won and soon to be repeated.