Oh, Saul Bellow—You and Your Potatoes!

And that damn nitrogen. 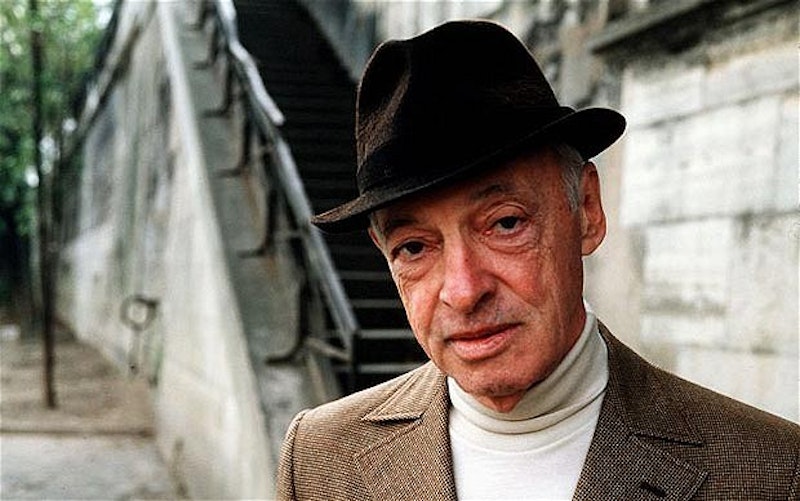 Saul Bellow wrote this: “One day's ordinary falsehood if you could convert it into silt would choke the Amazon back a hundred miles over the banks. However, it never appears in this form but is distributed all over like the nitrogen on potatoes.” Wow, a hundred miles. That's a lot of falsehood. But what's this about potatoes and nitrogen? Like you don't notice the falsehood because it's spread out? But slopping over the banks of a river and then covering a hundred miles would also involve spreading out. One reads that nitrogen is a gas without odor and color, which would certainly make it hard to detect. But some percentage of everyday falsehood is usually detected, either outright or in a sneaking, indirect, hard-to-confirm way, like a distant bad smell. And I suppose we can't ditch “distributed all over,” which is the key element being contrasted with dishonesty in its lumpy silt form.

Okay, so it isn't nitrogen that makes the difference, it's the distribution. But distributed over what? The nitrogen is all over a potato, the dishonesty is over... the day? But it isn't. The ordinary day includes stretches that don't involve polite lies or fake expense accounts. That's hard to believe, since daily life requires a depressing amount of bullshit. But “hard to believe” isn't the same as untrue. Really, the first sentence is okay (or would be with a couple of more commas). Converted to something physical, like silt, a day's ordinary fibs and bad faith would be quite a pile. The same if they were converted to shoes, of course, but silt is both cruddy and suggestive of a scientifically based metaphor. The dishonesty is the residue that settles to the bottom of the day's actions, never considered the point of anything but always ready to appear. I guess.

But he had to get nitrogen and potatoes in there. That way the scientifically based metaphor became even more scientific. What a robust, wide-ranging voice this narrator has! He's able to grab scientific concepts by the ear and haul them into his herky-jerky but subtly crafted discourse. His knockabout erudition disdains artificial boundaries; he can yoke river dynamics and potato cultivation to body forth a homely truth about our human condition. Given how little most of us know about agriculture, the potato analogy might not tell us much, even if it made sense. Using it, then, would seem like an affectation. But an affectation that involves potatoes and their care? Surely not, no, such a thing is impossible. No, here we witness a distinctively American voice revivifying literature by… Oh, I give up.

The silt-and-nitrogen passage is from The Adventures of Augie March, the novel that made Bellow an official big deal in modern literature. It’s been read by many and enjoyed by some, but I have to agree with Norman Podhoretz: the book is “forced, strained, shrill and finally even tiresome.” Agreeing with Podhoretz is not something I like to do, since in the years after he wrote his Augie review he became a publicist for the right wing. But I can differ with just a single word in his list: “finally.” I’d say Bellow hit the mark early on and then proceeded to hammer it silly. I suffered through two-thirds of that silly tome before I realized I couldn't tell one page from the other. They say Bellow is a great writer. I say he's nitrogen and potatoes.