Example of an Optimist

She wrote a happy book about madness and death in old London. 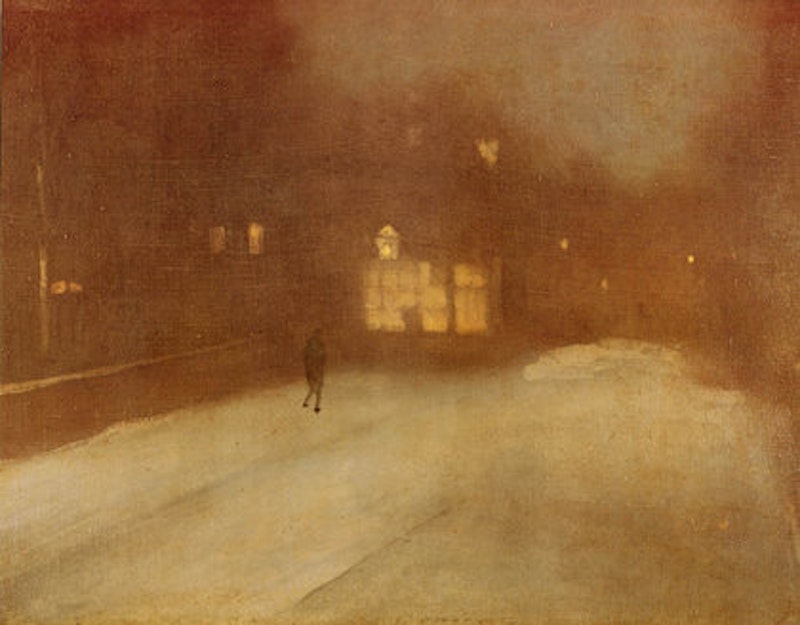 Here's an example of an optimist. She was a woman I knew briefly by means of email and a few telephone calls—a lively, kind-hearted woman who lived down in Texas. She'd written a book, a dull and long-winded book, one that was never published. But I did the copy-editing and that's how I knew her.

I'm lucky she was so jolly, because the first time we talked was when she looked at my edits and called me up, aghast at the amount of re-writing I’d done. The fellow who had recruited me for the job, a book packager who knew her through some sort of marriage connection, had told me one thing and had told her another. When she called, she sounded so shocked and forlorn that I volunteered to do the book over again, no charge. My reward was straightforward. From that point until the project was done, I was acquainted with a woman of radiant sweetness. The sun came up and I was “dear” and “darling” and sometimes “kiddo.”

The book was about Mary Lamb, whom you probably haven't heard of. She and her brother wrote a children's book called Tales from Shakespeare, and the brother wrote little essays that were popular at the time and are still remembered today, at least by my client (a retired therapist) and by professors who specialize in English lit of 200 years ago. That's when Mary and her brother lived, off there in London with its cobblestones and pickpockets.

Mary and Charles enjoyed their share of good times. His essays appeared in smart magazines, and he drew steady pay as a clerk at the East India Company. Best of all, judging from my client's book, he and Mary collected a long roster of friends. The book cataloged the pair's dinner parties and their summer outings, their visits paid and their visitors received. I remember lists of the oysters and ale and pots of tea that the Lambs and their friends consumed together. Really, too much of the book was like that, a catalog. But you could see that Mary and Charles had some reason to be cheerful.

On the other hand, the job at the East India Company was a matter of sitting on a stool nine hours a day and copying out figures by hand. Charles had 25 years of that, at which point he retired with a pension and drank himself daffy. He had no wife, no child, no lover. He collapsed at family gatherings and embarrassed young nieces and nephews for whom he had wanted to play quasi-dad. Charles died just before he was 60, and it happened because this time he fell in the street and cut his face. The cut became infected and that was it, he was a dead man.

The times were like that. No wonder he sat on a stool and played automaton for pay and a pension. People who weren't so lucky died on the cobblestones when they were 30 years old or 20 years old or five. People starved or drank filthy water or they had their heads beat in because somebody wanted their shoes. “Work your fingers to the bone” was a phrase because people did work their fingers to the bone, stitching or sawing or hammering until their hands split, then patching themselves up and going on some more. That way they could eat their meals and live under a roof.

Mary Lamb spent years as a seamstress. The work lasted from dawn into the night. One evening when she was 32, she took a kitchen knife and carved up her old mother. She just went crazy and committed parricide. The authorities carted her off to a mental hospital, or storage house for the insane, and she was set free again only because her brother committed himself to spending his life looking after her. Which he did, with the help of his pay from the East India Company. For decades people remarked upon the quiet-voiced spinster and the bloody scandal buried in her past.

Mary outlived her brother by 10 years. By now she suffered from dementia again, though not violent dementia. She had forgotten about the East India pension and thought she would be tossed upon the cobblestones; nobody could convince her otherwise. Then she died.

At one point the book quoted Mary Lamb to this effect (I reconstruct from memory): “There are those who can choose and judge their friends, but we are not of that number. Those we know, we must accept as they are.” The book remarked upon Mary's non-judgmental spirit. I emailed the author to suggest that Mary could have meant something else, namely that she and Charles were in no position to be picky. After all, she was a former madwoman who had killed her mother. My Texas friend emailed back to say that, no, she figured Mary was just being non-judgmental.

When the editing was done, I wrote a valedictory email in which I remarked that brother and sister had made some good times for themselves despite what appeared to be a remarkably difficult pair of lives. The Texas lady, still jolly, wrote back to tell me again that I was a dear and a darling, the Sir Lancelot who had galloped to the rescue of her poor manuscript. (I think her manuscript remained un-rescued no matter what I did.) But one point puzzled her. What was this about hard lives?

Well, that's an optimist for you. But she was a sweetheart, and if you can't like a sweetheart you might as well give up.