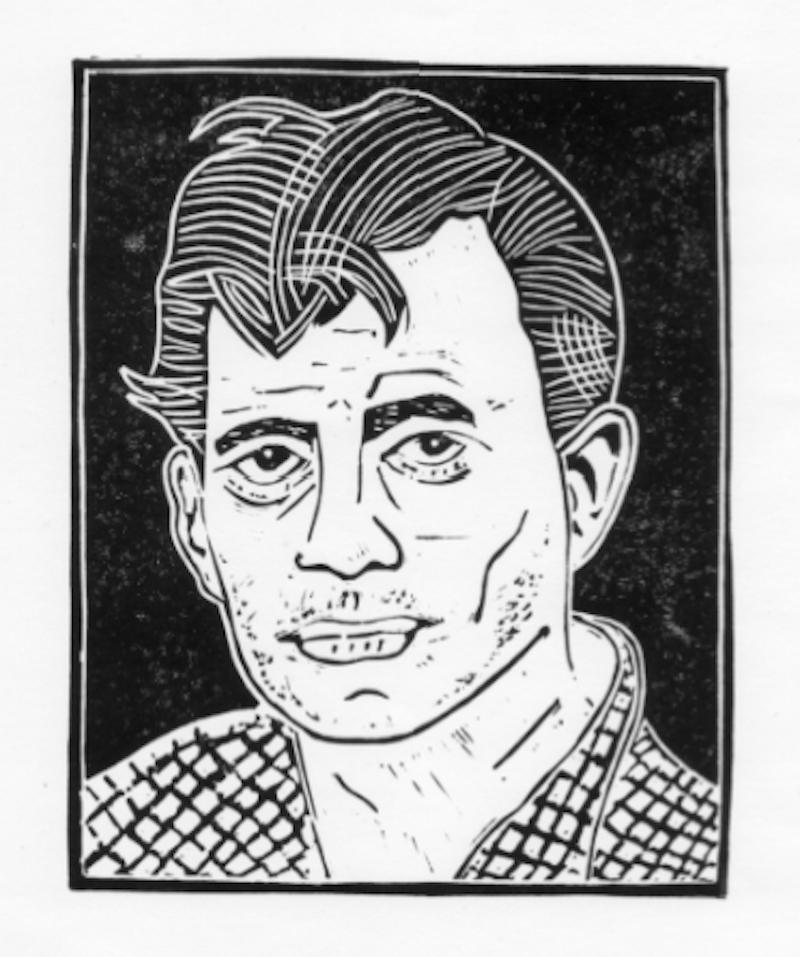 In the winter of 1948, Jack Kerouac went on his famous cross-country road trip with Neal Cassady. They visited old friends, all-night cafes, broken down bars and forgotten towns. They acquired food, money and gas by whatever means possible, and arrived in San Francisco in 1949 broke and exhausted.

Reflecting on his journey, Kerouac experimented with a frenetic, Benzedrine-fueled writing style he called “Self Ultimacy.” He’d fall into a deep trance and write with chaotic speed, channeling spontaneous prose that jibed with the ethos of “first thought best thought.” Like the surrealists, Kerouac believed in the William James construct that “mind is shapely.” His writing style was influenced by the jazz bebop of Charlie Parker and Miles Davis and the concept of breathing in Buddhist meditation. His words had an inherent rhythm and cadence, especially when spoken aloud.

Kerouac completed the first draft of On The Road in three weeks. He typed on a Teletype roll, a single-spaced, unbroken paragraph resulting in a 120-foot long scroll. On The Road was published in 1957 and Kerouac became an overnight sensation. Despite Truman Capote’s famous critique “That’s not writing, it’s typing,” the book changed the face of literature and launched an age of experimental, automatic-style writing.

A year later, Kerouac wrote the novel The Subterraneans in just three days. Allen Ginsberg and William Burroughs urged Kerouac to explain his method, to quantify his approach to writing. Kerouac hastily scrawled a list of 30 writing tips that he titled "Belief and Technique for Modern Prose." Ginsberg tacked the list to the wall above his desk as he wrote "Howl." The list was published by Black Mountain Review and it’s since become a manifesto for Kerouac’s methodology.

•    Scribbled secret notebooks, and wild typewritten pages, for yr own joy.
•    Submissive to everything, open, listening.
•    Try never get drunk outside yr own house.
•    Be in love with yr life.
•    Something that you feel will find its own form.
•    Be crazy dumbsaint of the mind.
•    Blow as deep as you want to blow.
•    Write what you want bottomless from bottom of the mind.
•    The unspeakable visions of the individual.
•    No time for poetry but exactly what is.
•    Visionary tics shivering in the chest.
•    In tranced fixation dreaming upon object before you.
•    Remove literary, grammatical and syntactical inhibition.
•    Like Proust be an old teahead of time.
•    Telling the true story of the world in interior monolog.
•    The jewel center of interest is the eye within the eye.
•    Write in recollection and amazement for yourself.
•    Work from pithy middle eye out, swimming in language sea.
•    Accept loss forever.
•    Believe in the holy contour of life.
•    Struggle to sketch the flow that already exists intact in mind.
•    Dont think of words when you stop but to see picture better.
•    Keep track of every day the date emblazoned in yr morning.
•    No fear or shame in the dignity of yr experience, language & knowledge.
•    Write for the world to read and see yr exact pictures of it.
•    Bookmovie is the movie in words, the visual American form.
•    In praise of Character in the Bleak inhuman Loneliness.
•    Composing wild, undisciplined, pure, coming in from under, crazier the better.
•    You’re a Genius all the time.
•    Writer-Director of Earthly movies Sponsored & Angeled in Heaven.