Ask a Biography of a Flamboyant Aesthete

“I screamed with laughter when Boy said he'd played Celia! Anyone less suited to the part is impossible to imagine!!” 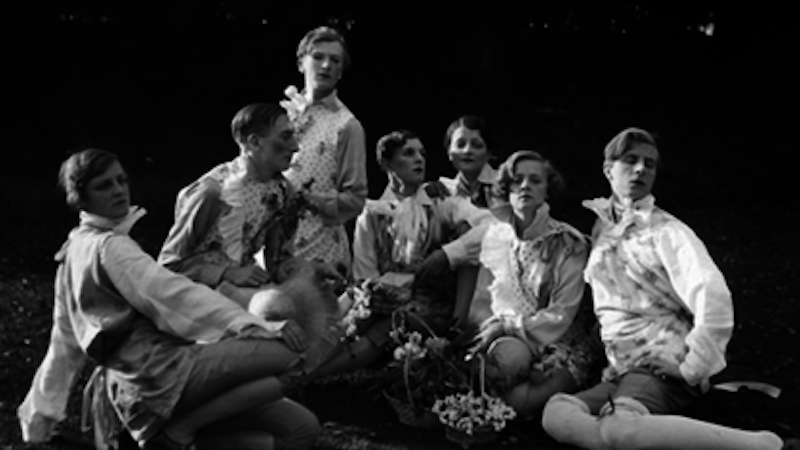 The following is presented with apologies to the Onion and even deeper apologies to Hugo Vickers, whose Cecil Beaton: A Biography provided the answers to our readers' questions.

Dear Biography of a Flamboyant Aesthete: Psoriasis is an irritating condition—sometimes for loved ones as well as the sufferer! How to break the news to somebody who is near and dear that watching her poke at various spots on her arms can be a distraction?—Give It a Rest

Dear Give: Cecil and Bobbie were great raggers. Cecil loved to come up behind Bobbie's chair and push him over with a scream of laughter. Bobbie retaliated by jamming a huge sponge down Cecil's throat, which Cecil duly bit in half. Horton wanted the room decorated pink, but Cecil declared for mauve because pink would clash with Bobbie's head. Once he painted everything in his room blue to the horror of Major Freeborn.

Dear Biography of a Flamboyant Aesthete: Wonderful as it is, my DVR has presented me with a nagging problem. If I record several episodes of the same program, the final minutes of each episode get clipped off. They show up at the start of the next episode, but I don't like the raggedness. Any suggestions? (And yes, I checked the time on the cable box.)—Where's the Rest of It?

Dear Where: The night of the Oxford visit Cecil found he had been elected to the Amateur Dramatic Company. “Cambridge wouldn't be so bad after all,” he thought, “with some nice people, the ADC and the Marlowe.” Presently he and Boy Le Bas called on Dennis Arundell, who oversaw new additions to the Marlowe Society: “Mr. A was quite good-looking—a trifle affected with the baggiest trousers I've ever seen. He took our names and asked us what parts we'd acted in and I screamed with laughter when Boy said he'd played Celia! Anyone less suited to the part is impossible to imagine!!”

Dear Biography of a Flamboyant Aesthete: My teenage daughter and her boyfriend want to stay overnight at her cousin's place before setting off on a day trip to New York City. The apartment is closer to the city and I realize they need an early start, but Shelley's cousin isn't my idea of a responsible chaperone. What's the best way of putting my foot down without bad feeling on all sides?—Call Me Old-Fashioned

Dear Old-Fashioned: Cecil was soon reading the part of Princess Angelica for the ADC's forthcoming production of The Rose and Ring, though he did not think it fit his personality: “A stupid little Victorian girl doing silly things and being so innocent with lovers galore and always simpering—a Fay Compton part!” One of his fellow actors was “that absurd-looking youth with the fringe,” Cecil had spotted in a lecture. Cecil continued: “He really is rather marvelous. I should adore to model him. He's so huge and ugly and strong with the most fruity voice.”

Dear Biography of a Flamboyant Aesthete: Believe it or not, I saw a product advertised on late-night cable that could make a big difference to my monthly electric bill. A friend at work says these late-night advertisements are always a scam and that researchers back him up on this. Is he just talking?—Ready to Buy

Dear Ready: The youth turned out to be the historian Steven Runciman of Trinity, on whom in due course Cecil did indeed model his appearance, by wearing Fair Island sweaters.

Dear Biography of a Flamboyant Aesthete: I'm taking a night class at a local college. The professor openly said that she plans to grade the women students more leniently because “women already have enough to do”! When I talked with the college, they said nothing would happen because this professor likes to joke around and wasn't speaking seriously. What are my options here?—Equality Please

Dear Equality: Hinks disapproved of the changes to the wig and Arundell eyed him with disgust. Worse, Cecil was disappointed to learn that some of the costumes would come from Nathan's: “One knows what that will mean! Olive green instead of emerald, dingy red velvet instead of scarlet, plum color instead of magenta...” But his spirits rose in time for the performance, so much so that while on stage he broke six eggs, kicked over the footlights and became convulsed with laughter. All in all, his turn was considered a triumph.

Dear Biography of a Flamboyant Aesthete: I have a garage full of old tape decks, boom boxes, stereos and what have you. Junking the stuff isn't something I want to do, but neither do I want to search high and low for willing takers. Any ideas where I can unload everything at one fell swoop?—Audio Overload

Dear Audio: Cecil's participation in The Rose and the Ring had a number of important consequences. He was invited to read the part of Lady Would-be for the Marlowe Society's Volpone, and he earned the admiration of Stuart Perowne, the future orientalist and traveler, who spoke highly of Cecil's determination and flair, particularly since “he had none of the advantages of his contemporaries. We knew nothing about him except that he had been at Harrow.”

Confidential to Waiting and Hoping: Steven Runciman agreed to lunch with Cecil in his rooms. Thus Cecil's first term at Cambridge ended on a high note.

—Ask a Biography of a Flamboyant Aesthete is a steal of the Onion's “Ask a...” feature, which usually concludes with boilerplate saying the supposed column appears in more than 250 papers nationwide.