And the 44-year-old prom queen. 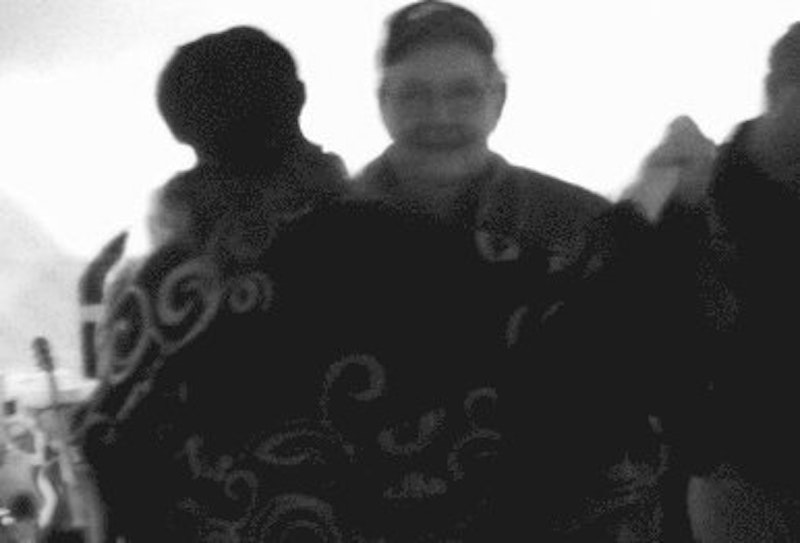 I’ve written a few times about the characters I’m fortunate enough to meet on Tilghman Island, Maryland. Captain Buddy is a local icon, and I’ve always been intrigued by The Boat People. The “14 moms” I have in the Tilghman Island Book Club are my favorite people anywhere. Let me introduce you to Big Daddy.

I first met the octogenarian waterman two summers ago as a newcomer to the Tilghman Island Country Store. “This is Big Daddy,” the owners said. “If you need to meet one person on the island, it’s him.” He wore khaki pants and sneakers, a nautical-themed sweatshirt and fishing baseball hat. He smiled from behind his glasses and his blue eyes twinkled. He folded one of my hands into both of his big, wrinkled, somehow-smooth hands, looked directly into my eyes and said, “It’s a pleasure to meet you, young lady.”

I smiled in return. What over-40 woman doesn’t like being referred to as “young lady?” His charm won me over in a moment. He’d be my new old-man-waterman-island boyfriend forever no matter how many island girlfriends he’s had since his wife died. We chatted for a bit, and it occurred to me that he’d be the perfect person to ask about sea glass. I hadn’t found any good places to enjoy my hobby, and although the island’s beaches have been lost to climate change, I knew an island more than 300 years old had a tiny coastline somewhere that would be rich with treasures.

“You mean a place where old broken glass and bottles wash up?” he said, and proceeded to tell me the number-one spot for sea glass treasure on Tilghman Island. He said I’d have to cross someone’s property, but he told me the name and said if they spoke to me, I should tell them Big Daddy sent me. Fair enough. To this day, years later, the spot has produced some of my favorite finds.

A month or so ago I saw Big Daddy while walking back from the tiny coastline spot visible only at low tide. He asked if I’d found any treasures, we chatted, and he invited me to a New Year’s Eve party he was planning to be throw. He said there’d be a heated tent, music and dancing and he’d love to see me there. As someone who is only a come-here to the island, it was the first big party I’ve been invited to, and I was so excited.

My 20-year-old daughter, who lives on the island, met Big Daddy a few days ago at the country store and scored an invitation to the party as well. I’m sure he invited every woman on the island. My husband Bob and I had just finished a delicious five-course New Year’s Eve dinner at the Tilghman Island Inn, where the owner, wearing a three-piece tux, had placed a lovely Art Deco feather headband on me as I arrived. The island was fancy that night. After dinner, Bob wanted to start a fire and check the football scores, so my daughter and I scurried over to check out the party. It was a unique sight to see on this laid-back little island. A wedding-size tent had been erected near the harbor, with live music playing, a dance floor, buffet, bar, tables, a carpeted “living room” area and a huge bonfire outside. There was a huge posterboard set up with times ranging from nine p.m.-midnight for dances with Big Daddy: his dance card was all the talk, with women scrambling to add their names to the list.

Big Daddy sat in a chair near the dance floor, women on either side of him. He’s 88. I don’t even know his real name, though someone at the party told it to me at one point, asking if I knew where his lifelong nickname came from. I did not.

My daughter and I greeted the island royalty. He motioned for my ear, and whispered that he wanted to dance with me before the night was over. “Of course!” I said. I wasn’t sure what to do, though, I hadn’t planned to stay long and the dance card was full until later hours. A few songs played, the dancing hadn’t started. The tent was filling up. A song came on, I couldn’t even tell you what it was. Big Daddy walked over and swept me into his arms and began dancing. The crowd clapped and cheered, it was his first dance of the evening. Camera flashlights bounced off the disco ball.

I was terrified. I don’t know how to dance in proper fashion with an older gentleman who does. I whispered in his ear, “I don’t know how to do this, to follow your lead.” He smiled at me. I concentrated: I was moving backwards in heels I never wear, luckily only two Makers Mark Manhattans under my belt, not three. I tried to think about the time I danced with my dad at my wedding—what was it he’d told me about following or leading? I couldn’t think. Just don’t fall, I thought.

“You’re doing fine,” said my dance partner, twice my age and looking happy and handsome, as if 90 wasn’t anywhere near his horizon. “You don’t have to follow, because a man who knows how to lead knows which way you’re going to move next. Really, we’re always the ones following you.”

As I walked off the dance floor, my heart pounding from the rush of adrenaline, a woman came up to me and said, “Big Daddy asked you to dance first! Tonight, you’re the Tilghman Island Prom Queen.”

And that was exactly how I felt.