Literary chat at the museum turns into a tell-all tale of youthful imprisonment. 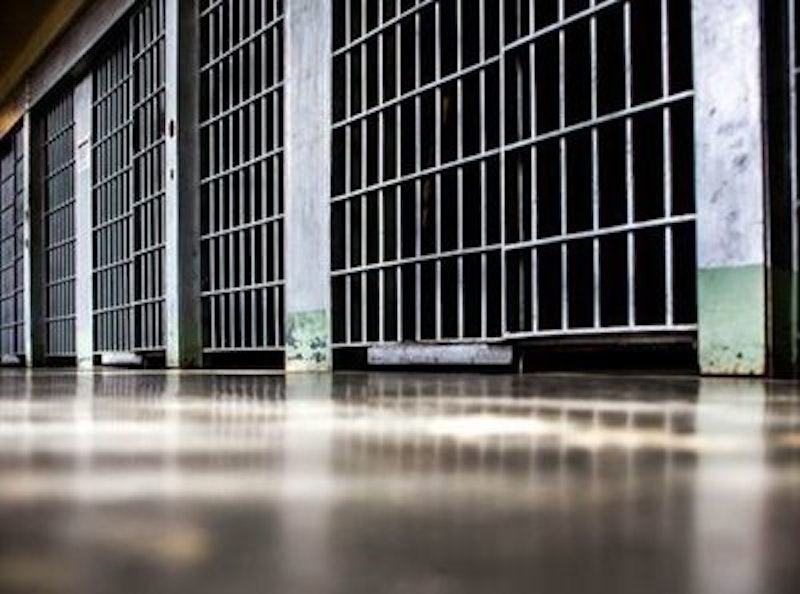 One of my main hangouts where I live in Richmond is the Virginia Museum of Fine Arts. The art collection is top-notch (paintings by Picasso, Dali, Matisse, and Rothko) and there's a seating area outside that's a nice place to relax and read a book. Last week, I was doing just that when a fellow passing by saw my book and remarked that he'd also read Colum McCann’s Let The Great World Spin. I said I'd just started it, but liked it so far. We had a brief chat and he moved on. The next day, he was there again and we resumed talking about books. It was a wide-ranging literary chat. I can't recall the part of the conversation that sparked it, but he'd decided to tell me about something personal that was for my ears only. It wasn't the sort of story one usually hears in such situations.

His name is Thomas. Thomas, 52, told me about when he first moved from Hampton, Virginia to Richmond and got a job in a restaurant on Franklin St. washing dishes when he was 21. To augment his meager wages, he decided to cultivate some connections he'd made to moonlight in the drug-selling business. This eventually led to him meeting a woman named “Candy” at a bar. Candy was looking to cop some acid, he thought. She led him out of the bar to her white van that was parked outside. That's where they conducted a transaction for two sheets of LSD that was going to net Thomas a thousand bucks. As it turned out, however, Candy was really an undercover cop. One of Thomas’s drug-dealing associates had been busted and snitched on him. It was a set-up.

Fear and adrenaline kicked in. Thomas broke into a sprint when the cops yelled, “Freeze, police!” He remembers about 10 cops chasing him. They caught him, cuffed him, and read him his Miranda rights. His next stop was the Richmond City Jail, where the magistrate set the bond at $25,000. Thomas was sent to tier F-3, and because of a severe overcrowding problem he ended up sleeping on the floor for two days until he could make bond. In that time, he met a couple of other inmates who told him about the rules behind bars. Never mess with someone else's personal property is number one. Also, if you’re going to sit on another inmate’s bed to have a chat, never sit at the head of the bed. He doesn't want your ass where he puts his head down at night.

The bond got Thomas five months of freedom, but then he was back in court for what his lawyer called “D-Day.” He was feeling a nervous panic, but held out some hope for getting off with Boot Camp, which is 90 days of mental reprogramming in lieu of prison time. As a youthful first offender charged with a non-violent crime, Thomas thought he had a shot. His attorney addressed the court for what seemed to be about 10 seconds, sat down, and said it didn't look so good. The prosecutor was a hardass known for targeting drug offenders, and the judge had a similar reputation.

Thomas doesn't remember what he said when the judge asked if he wanted to address the court. He was crying as he awaited his sentence, and so were his parents. Then it came. “Ten years with two years suspended,” said the judge, to be served in the Virginia State Penitentiary. Thomas wasn't expecting this level of severity.

The next stop was the Richmond City Jail once again, to await assignment to the penitentiary. It's a nondescript two-story building that's the temporary home to murderers, rapists, thieves, and drug addicts. The puke-green walls are cracked and peeling, and the prevailing sound is what you hear in a swimming pool locker room—flip flops slapping in the rhythm of footsteps on the floor. Both inmates and guards had hollow looks on their faces. Being “inside” in any capacity drains some of your humanity.

Thomas was scared, but he got lucky when an older inmate, “Smitty,” took him under his wing. Smitty was respected, and nobody messed with his people. The jail resembles a military barracks. Prisoners are assigned a bunk number, and that's where their mail is sent. Thomas still remembers his bunk number—197224.

Thomas was able achieve something positive in his six months jail by getting his G.E.D., after which he was shipped out to Deep Meadow Correctional Center, which is the receiving center for those heading towards the dreaded state prisons. Deep Meadow’s not such a bad place, Thomas told me. “Like a country club,” was how he described it. It's the place counselors classify prisoners by crime, age, escape risk, and emotional state to determine where they'll be sent next. After his assessment, Thomas met with a panel of four men who were charged with deciding his fate. They told him he was going to be sent to Southampton Correctional Center, in Capron, Virginia. Southampton is the place where they sent the young, violent offenders. It's a place Thomas told me he'd soon be someone's jailhouse bitch.

Fortunately, Thomas’ mother had been working behind the scenes. She’d written a letter to the director of the Virginia Department of Corrections, who then sent a letter to Thomas saying that it was his recommendation that he serve out the rest of his sentence at the Deep Meadow receiving center. Thomas handed that letter to the panel, and they told him to wait outside for a moment. When they brought him back, they told him he was staying at Deep Meadow.

Locked up at Deep Meadow, Thomas spent his days working in the kitchen, playing volleyball and Scrabble, and reading. He was assigned a bed in the barracks, and had his own television set. More good news came in less than a year, when Thomas got a letter saying he was up for parole, which could reduce his eight-year sentence to 18 months. A woman from the parole department who'd previously visited Thomas had expressed surprise that he'd received such a stiff sentence, which gave him hope. When Thomas got to the parole hearing, they asked him why he’d broken the law and what he'd been doing with his time behind bars. He told them of his G.E.D. and other programs, such as AA, he'd participated in, and expressed his feelings of wanting to once again be a part of society and continue to improve himself.

Thomas had to wait a few days for the letter to arrive to find out that he'd been granted his parole. He also got a 30-day furlough thrown in, which meant he was going home in a week. It had finally happened. “Bag and baggage!” the prison guard shouted at him when that day came. In prison-speak, that means grab your bag because you're getting out. After 18 months behind bars, the thought of freedom had Thomas’ brain buzzing. He hadn't slept since the lights had been turned out at 10:00 night before.

His parents and girlfriend were there at the gate to meet him. They drove to the Richmond Police Department to register Thomas as a released prisoner, per legal requirements. His parents then dropped the couple at his girlfriend's apartment. That night they all went to a steakhouse so Thomas could get what he’d been longing for—a steak and a beer.

Thomas still has a felony on his record. It's hurt his work prospects. He’s had to settle for a series of restaurant jobs. Still, he says spending time in prison made him a better person. He's recently gotten his right to vote back due to some new legislation, which he's very thankful for. Thomas isn’t a bitter person.