In Oliver Bateman’s latest story about life in the hot-take trenches, some top influencers have decided to stop playing nice and start getting surreal. 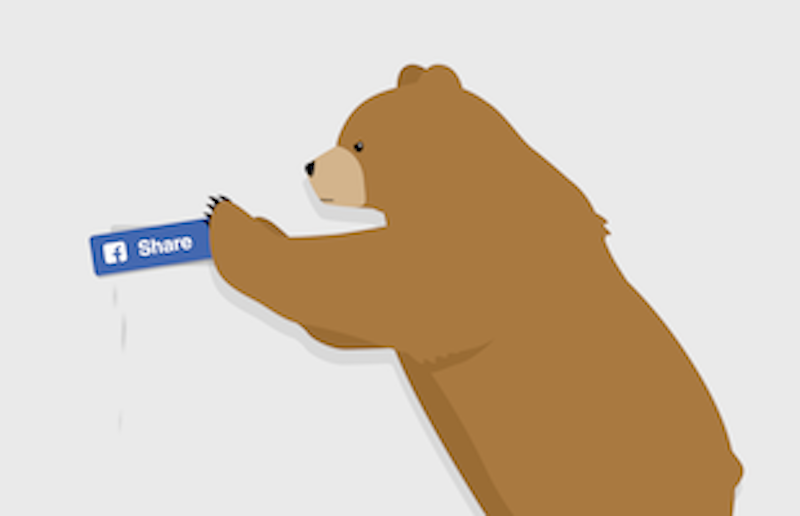 Culture vulture Danny Cater understood that the publication of each new “tweet” was a major literary event. His 85,309 “followers” couldn’t get enough of his insights—“yummy sushi but :( for the cultural appropriation” he once wrote while in the midst of a hearty sushi dinner, only to have it retweeted 4000 times—and he worked overtime to keep the hits coming. His decision to “live-tweet the Emmys” was a tremendous success, with lines like “OMG more mediocre white men winning awards that should go to underage sex workers” causing many in his target audience of equally mediocre white men to be so overwhelmed by anger at this injustice and hatred that a mediocre white man like Cater earned loads of fresh clout for preaching to the converted.

“I guess I just type whatever comes into my mind,” Cater, a mediocre cishet white man who identified as queer for Twitter bio purposes, told a gaggle of imaginary interviewers, all mediocre white men despite the fact that they were imaginary and could be anything Cater wanted them to be, including POC or trans. “Whatever comes into my heart, you know? It’s spontaneous. The best social justice is total improv. But I’m not saying that it doesn’t take a lot of practice to get it right, because there’s a world of difference between, uh, ‘aghh hate these gender reveals’ and ‘why not invest all that money in consensual post-surgery gender selections?’ Because everyone should pick their gender, but more than that, you need your rich cishet parents to pay for the expensive surgery to avoid the genital preference transphobia we bad men all experience. Also, it’s only okay to pee standing up if you weren’t born able to do that, if you had to work for it. That’s why I sit down, because I’ve checked my pee privilege. And I’d type all this good stuff with the right hashtags and everything and then flood the zone for fundraising purposes. It’s more of an art than a science, though in some ways it’s a little of both. Please like, share, and subscribe to my Patreon’s entry-level tier, a steal at $9.99 a month for some tweets that are already free.”

He used his Pixel phone to record this mock interview. It struck him as the sort of thing that posterity, which had already welcomed him with arms wide open on account of all his socially acceptable hot takes, would demand.

“Just like a man...that redbrown, Strasserite Handsome Senator has no plan!” tweeted Camden Camden, who was working some kind of online influence grift, trying to rally support for her Patreon by constructing elaborate arguments in favor of the old, stern, but extremely polite political insider who was running against the fresh-faced, “socialism-adjacent,” and dirtbag-leftist Handsome Senator.

This tweet, comprised of fewer than 300 characters including spaces, had already received dozens of “likes” and even a handful of “loves” and “marry its” from her legion of self-loathing mediocre cishet “reply guys.”

It was, predictably, scorned by the high-minded radicals who boosted their own progressive brands by screenshotting and mocking Camden Camden, whom they considered a bougie, blue-check media fraud. By choosing to express herself in language that sank 20,000 leagues beneath the level of cliché, she had exposed herself to the ridicule that helped build the Patreon donation grifts of these bitter “creatives” who would otherwise have to survive solely by peddling $50 summaries of serial television shows.

Yet deep within the Extremely Online community, a revolt was brewing. Danny Cater, one of Camden Camden’s virtue-signalling, podcasting “male feminist” friends and who also wanted her to send him some dirty photos, became convinced that this “man/plan” sentiment amounted to nothing less than divinely-inspired outsider art of the sort produced by Grandma Moses, Captain Beefheart, and Jesus Christ. He decided to postpone writing his dissertation on nerd entitlement to blog an argument to that effect—for he and his ilk still produced content in the “long form” over on Medium dot com, preferring to use tweets and the “tweetdeck” merely to raise “brand awareness” of their “pieces” and “deep dives.”

It was in this manner that the Camden Camden’s tweet eventually appeared on a 72” flatscreen monitor in some obscure New York art gallery next to the 100-page transcript of a “flamewar” among YouTube commenters about whether people had gone through the trouble of surgically altering their anatomy so that they could micturate from a standing position were allowed to do so, or whether they ought to crinkle in their diapers like every other privileged rat bastard who had been born with this beautiful, impossible gift.

Back when Mark Wahlberg was “Marky Mark,” the mama bear, who had a lot of trouble expressing herself both to the papa bear (who was stern, distant, and always on the World Wide Web playing fantasy football or “beating his meat” to horrifying snuff images that he’d discovered using altavista or webcrawler or Yahoo! or some other search engine) as well as to the three baby bears (all of whom had been diagnosed with “oppositional disorders” that were not really disorders but just a natural and completely understandable disdain for the mama bear, who—let’s face up to the facts here—was a needy and emotionally exploitative ursus americanus), took to blogging the way a delicious Coho salmon (oncorhynchus kisutch) takes to swimming upstream.

Here is her first blog entry: “Wow!!! I can’t believe I am on this Crazy Internet thing. Can you? Just an old mama bear here typing some thoughts about all that is going on. Well, first let me say that it is FALL (where does all that time go?????) which means some of my favorite things. The color orange, getting ready for hibernation, and most of all PUMMMMPKINS! Boy am I excited about taking my three baby bears out to hunt up some pumpkins and then using our sharp claws (just had a manicure lololol!) to cut a bunch of fun shapes and faces. Baby bear #1 did such a great job on his pumpkin last year. He carved out the initials of papa bear’s ‘alma mammy’ and favorite school State University of College (SUC)! Ok, now that I’m starting to feel tired I think that’s enough for one day so here’s MAMA BEAR SIGNING OFF!!!”

These were, of course, the mama bear’s innermost thoughts. It would either be folly or, uh, “the arrogance of the omniscient narrator” (Ruggleteapot and Tunnell, 1998) to assume otherwise, to believe that “still waters run deep,” to claim that the mama bear had various unfulfilled drives and longings, to conjure up a phantasmic mental life for her in the interest of vindicating an esoteric philosophical principle, &c.

Nevertheless, the fact remains that, by 2019, the mama bear—now so hopelessly addicted to the Internet that she began forsaking her annual hibernation—had segued from blogging to tumblring to using the “social marketplace” known as RicksRoll.org to post and respond to advertisements for “casual encounters.”

Let’s examine an “advert” from this period: “big furry mama bear seeks yeti or chewbacca must be discrettte having a big truck or ship with a bed on the back that can just park outside the woods is a plus first come first served n lots of hair n fang pics 2 the front of the line.”

The sort of degradations that the mama bear now endured with those yetis and Chewbaccas were—and we suppose this is putting it mildly—“really something.” Meanwhile, the trio of baby bears had long since left for whatever it was that they wanted to do. Who gives a shit, really? They couldn’t care less about their mama bear, those little farts. And the papa bear was enmeshed in an “amateur voraphilia snuff porn” virtual world of frogs eating frog voraphilia researchers that made Francis Bacon’s greatest hits look like a triptych of sweet Thomas Kinkade sunrises. On top of that, the family cave was filled floor to ceiling with offal and rotting prey carcasses. But doesn’t that make sense, given how disgusting every other aspect of the bears' lives had become?

Our story, which at this point probably seems about as interesting as listening to your grandpa talk about how much better things were when kids used to tie their motherfucking shoes and didn’t just slide their goddamn sockless feet into those son-of-a-bitching oversized high-top clodhoppers (he’s right, you dumbasses), should be read as neither a figurative scourging of the mama bear’s malfeasance—she isn’t “innocent,” but she isn’t exactly “guilty,” either—nor as a general indictment of the Internet as a “web of deceit” or “World Wide Web of Lies.” In fact, since it’s debuting on the very Internet that serves as both its bête noire and deus ex machina, it probably shouldn’t be read at all.