It's All Happening At Nick’s

There were one-of-a-kind personalities. 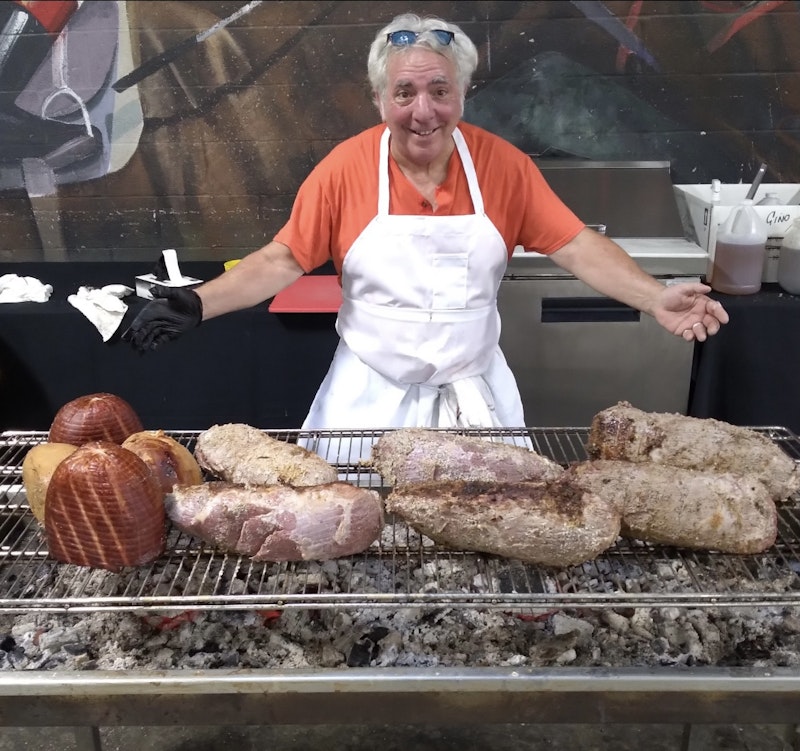 It's still that sleepy tiny town by the bay where colorful characters were as famous and plentiful as a bushel of Maryland steamed crabs. A little worse for wear. From the docks of Fells Point to the downtown Inner Harbor, when Rash Field was more of a swamp. The iconic Bromo Seltzer Tower, where a giant blue bottle sat atop its turn of the century clock. The Holiday Inn's revolving restaurant no longer does its slow turning, and the original Civic Center's now the Royal Farms Arena.

The city’s Fish Market is no more. McCormick Spice Company, where the scent of cinnamon filled the air. Little Italy's restaurants have dwindled to a few. Mount Vernon's Washington monument looks obscenely grotesque from just the right angle of the dangle. Waverly, Remington, Hampden, Park Heights, Charles Village—where coffee and a bagel at the Homewood Deli was a morning ritual—Reservoir Hill. Canton, Locust Point, Bethlehem Steel, Highlandtown, Dundalk, Hamilton, Parkville, and beyond. So many thoughts of a bygone era. Every community stirred a cocktail party of neighborhood charm to connect concoctions of places. Hangouts to visit, a grand time to be out and about. There were one-of-a-kind personalities. They held court down every street in numerous watering holes and local eateries. We rubbed elbows, hobnobbing with crooked politicians, seafarers, oystermen, clergy,steelworkers, and shady businessmen.

You may remember those long-gone restaurants and bars. Places like Martick’s, Haussners, Louie’s, Harvey House, Golden Arm, Connelly's, Chesapeake House, Danny’s, Pump Room, Leon’s Pig Pen, Marconi's, Burkes. Places where raw oysters and crabs were as standard as coddie cakes and Natty Boh beer. I'm happy to say you can still rediscover a taste of that old-school charm without straying too far from Tinytown.

Make your next day or evening outing to Nick's Grandstand Grill & Crabhouse, under the grandstand at Timonium Racetrack. As a local legend, sports announcer Charlie Eckman use to say on the radio, "Y'all come on to Tee-moan-e-yum.” The reincarnated spotlight now shines bright on Nick’s, a time-honored tradition in a huge part of Baltimore's legendary restaurant roll call. Nick’s triumphs yet again, rising like a flying fish from the smoky ashes of the once-grand Cross Street Market in South Baltimore. The Market recently became another tacky tourist trap destination. No longer an affordable shopping choice for the neighborhood locals who live and work there. Some say it's progress, and others call it gentrification.

It's once again the 10 best days of summer at the Maryland State Fair. So the moniker of this newly-rendered restaurant sits next to the fairgrounds, offering a proclamation of rollicking fun, from the Cow Palace to the winner's circle. A juicy mouthful of good eats, celebrating the extended jubilee of family, friends, and perfect times. Nick’s Raw Bar and Seafood market was the go-to place, where you went to be with the in-crowd of Baltimore's heyday. It's transformed seamlessly from then to now. It’s reinventing those raucous days, bellying up to the raw bar at Cross St. Market to slurp down a few dozen oysters, some steamed shrimp, a jumbo lump crab cake, and a bucket of beer.

Perhaps you like playing the ponies while enjoying some of the finest variety in seafood fare, pit beef, or just a quick Polack Johnny’s sausage, a dozen or two Chincoteague oysters, and a few pints at the raw bar. I've been a fan of Nick’s Seafood since the late-1970s when Nick Chagouris Sr. commandeered a stall in West Baltimore's Hollins Market. Even back then, it was one of Tinytown’s best-kept secrets.

Running through the shadows of those golden years when my father, Frank, and his brothers, my uncles Phil, Slew, and Charlie, made a day at the races a special occasion, I'm sure they would've loved a place like Nick’s Crab House to eat and drink while waiting for post time. It's an eerie presence being there now. You can feel the ghosts of 140 years of history near the ticket windows, among bettors on the grandstand, perusing the daily Racing Form, or along the rail.

It's a long shot believing in ghosts, but I like the odds. I want to think all those guys are still hovering around. The two-dollar bets were a big deal. The track is fast, and the beers ice cold, plus a quick meal on the run waiting for the next race to start. I'm not a food critic, but I've always had a taste for the best in flavor, quality, and knew where to find it. Those madcap days at Cross St. markets psychedelic pandemonium and all the other rocking joints are in the rearview mirror. Coming in dead last like a nag ready for the glue factory, I move slower, now pacing myself. Slow and steady wins the race.

At the moment, I'm working at Nick's Grandstand Grill & Crab House. This gig isn't an endorsement, and this story's not a review. It's more a love letter, and I'm coming from a heartfelt place. The proprietor is a lifelong friend. We go back to our stomping grounds neighborhood in Hamilton. A few other Hamilton boys I know from the days of my youth are there too. It's like a big happy dysfunctional family. He asked me to help out during the State Fair and of course I obliged. That's what friends do. The above photo is yours truly, chilling and grilling, having good friends, great food, and happy times. At the finish line, isn't that's what it's all about?