The Art Of Living

During his career, Al painted many commissioned works, running the gambit of portraits, landscapes, and still lifes. 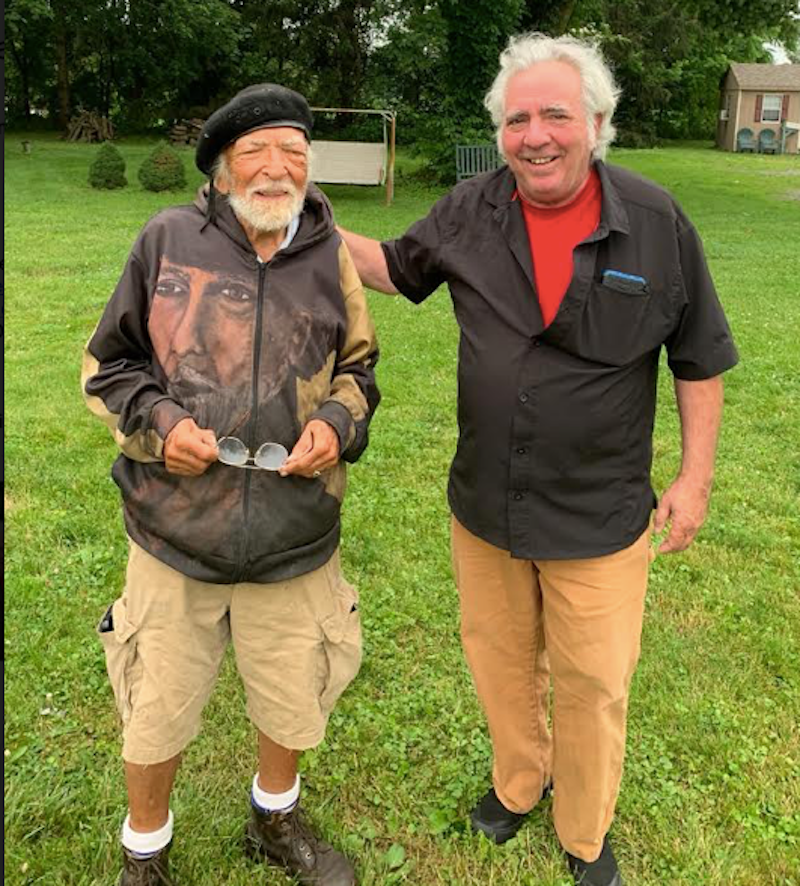 Life in "modern" times is challenging enough. Add endeavors like pursuing the arts as a career choice automatically cancels any hopes for a financially rewarding future. The choice of creating art as a lifestyle is an occupational hazard. A daunting uncalculated risk at best. It contains hardship, rejection, and sacrifice. It entails hard work and learning by rote, trying not to repeat mistakes. And it requires grit and finesse.

Albert S. Gans is almost 93, a prime example of the perils and pitfalls of the lone artist. Born in the Bronx during the Great Depression, it was difficult for most, making do with little or nothing but common sense and wits. Yet, even as a child, Albert’s elementary school teacher saw his raw potential and natural talents. The teacher informed his mother of her son's skills she'd observed in the classroom. She urged her to encourage the young boy's abilities, helping nourish and develop his gifts. Some call it a gift from God, born with dumb luck, others a blessed curse. Al's mom never heeded the teacher's advice. Instead, she told him he’d starve to death if he chose the life of an artist. Fortunately, he proved his mother wrong.

You won't find a trace of Albert Gans' name on an Internet search. Yet, he was as prolific and talented as any amongst or before his contemporaries. I first met Al about five years ago when my wife and I visited his cluttered antique shop near our new home in Pennsylvania. He followed us around the shop, watching us like a hawk ready to pounce for a quick sale, or perhaps he thought we were shoplifters. He didn't say much during that first encounter. Like me, he's a bit of an old grump, and it wasn't until my wife revisited him a while back that we became friends.

We discovered later that Gans is a skilled painter and top-notch artisan. A sculptor and maker of stained glass custom-crafted designs. My favorite piece is a six-foot wood sculpture that renders an eagle with its wings spread open majestically. Every feather is a masterpiece. The eagle was hand-carved for a client who displayed it as a centerpiece on his yacht. When the man eventually sold the boat, he returned the sculpture to Al, and it sits against the wall of his studio surrounded by his many paintings, drawings, and stained glass pieces. The eagle was made in the 1950s for $2000. That was a small fortune then. During his career, Al painted many commissioned works, running the gambit of portraits, landscapes, and still lifes. He's also well versed in Surrealism, abstract and fantasy images that display Greek gods, Roman architecture, and the like.

Spending the better part of two years, he painted a 30' x 30' foot mural on a wall off the main drag of Lincoln Highway on Chestnut St. The giant mural depicts the history of the city of Coatesville. Now he sits on his porch watching the world pass by. He was recently diagnosed with a brain tumor and had little energy to continue his work. So his days are consumed with rage and suicidal thoughts from the prescribed steroids, including all the other physical maladies he deals with every waking moment. With tears in his eyes, he lamented the passing of great artists through history. Fame and recognition elude most artists until after they're dead.

Al told us about a stint at Philadelphia College in his youth, studying art, and what a waste of time it was. He knew more about the various techniques and styles than the instructors. He was teaching them. Al's thick Bronx accent reminded me of the jargon of Henry Miller, who grew up in Brooklyn. I mentioned that to him, he laughed, replying, "I love Miller. I got all his books!” I sensed the unspoken connection between the two.

My dear friend, the painter William Moriarty, is cut from the same pattern as Al Gans. Although much younger, Moriarty's also spent his life creating magnificent paintings. His large canvasses are kept unseen, stored in a rental unit. He pays $300 a month for the privilege of having no one admire or appreciate his work. Memories buried deep in the subconscious recesses of a mindful eye. Like Al, he's at a loss of what to do with the accumulation of his life in vignettes. Little pieces of his soul. It's a travesty that so many prolific artists are ignored. They're invisible and shunned by snobby high-end galleries and museums. The general public is a fickle bunch of know-nothings.

Most folks' idea of art is a painting or, worse, a reproduction print of a famous artwork that hangs above their sofa, as long as it matches the living room's color scheme. Unfortunately, what passes for art is a tragicomedy at best. Consequently, the casual observer doesn't want to see disturbing subject matter or be distracted by abstract ideas. They don't want to look, hear, think about or know residual reality's apparent truth masquerading around as a frivolous matter of harsh circumstance. So instead, the contents of life are on full display—pictures at the exhibition of your story. Pay attention to the images. It's your masterpiece. It's what's left behind to accept, admire, and possibly cherished after the spirit's long gone.