Deer in the Balcony

What’s up with that? 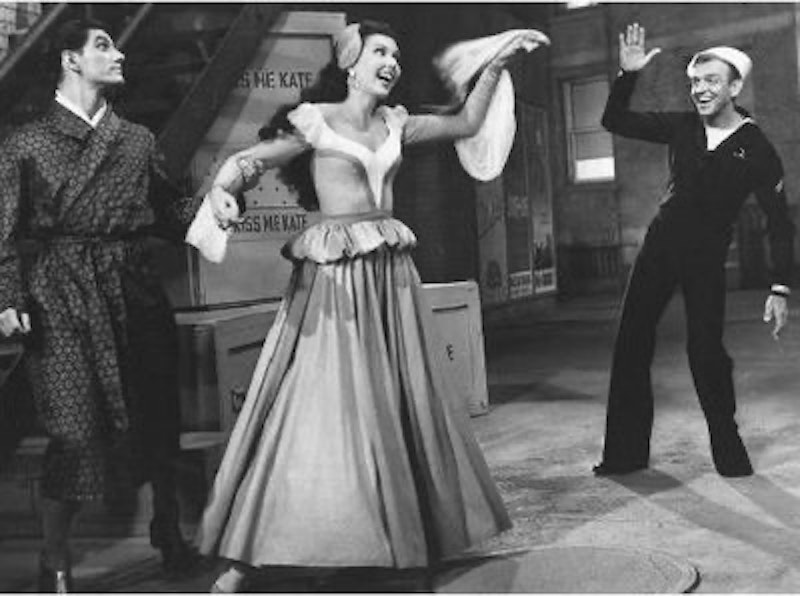 I’m going to outline a particular problem I have. But we’ll start with a joke. The theater producer and the stage manager are commiserating about ticket sales. “You know Baltimore,” the stage manager says. (This is during out-of-town tryouts.) The producer’s ready for him. “I know,” the producer says. “There’ll be deer running in the balcony. Next time we play here, I’m going to bring my shotgun and eat.” This strikes me as a fine wise-crack of a sort we don’t see anymore. I’d call that sort the fantasy wise-crack. The smart guy brings in silly pictures to make his point. He improvises a sort of cartoon, but the goofiness isn’t playful. It’s there to underline a fact, usually an unwelcome one. Just about any wisecrack, translated, comes down to this: “Listen, buddy, have I got news for you.” This message gets dressed up in various ways, and fantasy is one of them.

Or it used to be. The deer in the balcony made me laugh, but then I wondered. When was the last time I’d heard a joke like that? Maybe in Woody Allen’s stand-up act, from the 1960s. Maybe a YouTube clip of Dean Martin from the 1970s. But the movies and shows of this century (and the tweets and Facebook posts) seem to have dropped the approach. Such is my impression anyway. The heaviest work seems to be done by straightforward irony—that is, saying the opposite of what’s obviously meant and leaving things at that—and by a device I call mix-and-match. This is taking a theme and then finding how many excuses it gives you to bring up standard phrases and common bits of knowledge. Your friend’s overweight, and also he’s tucked in his shirt and washed behind his ears. “Are you Babe Ruth’s gay younger brother, Gabe Ruth?” you demand. At least Paul Rudd did that in Knocked Up.

The deer line is from Kiss Me, Kate, a Broadway show that started its run 49 years before Knocked Up came to be. It’s from long ago. The deer, for example. I can’t think of any comedians I’ve heard (and I watch a lot of Netflix) who have brought in wildlife to make a point. But back then unoccupied meant forest, at least on the East Coast. A theater producer in San Francisco might have made a joke about buffalo. Either way the frontier was something people remembered, if only from their parents or grandparents. The woods came much closer to the cities than they do now.

I don’t suggest that frontier memories and the fantasy wisecrack have to go hand in hand. If anything, I would have thought there’d be more fantasy now, what with CGI and superhero movies and Star Wars and the rest. But perhaps, now that we have the choice, we leave fantasy production to technology. I mean we do this collectively, all of us following the course of least resistance. The screen takes care of supplying goofy impossibilities, and we settle for drawling like Aaron Sorkin and playing mix-and-match with cultural tags. If so, I sense one more example of the general dilapidation that has invaded our social habits.

Now my problem. It’s this: I don’t see any way of proving the above, or even testing it. I don’t know of any fact I could look up, or of any person I could ask. If I cornered some professor who was somehow in a position to know (American Studies with a doctorate on mid-century Broadway script doctors), I wouldn’t be able to frame a question. After all, there isn’t anything I particularly want to find out. I just have this idea.

Perhaps all I could do is run through my theory and say, “Does that match what you know?” Which, as a question, doesn’t sound far off from “Am I being really ignorant?” And the situation itself—that poor, cornered associate professor—is close enough to “Do I sound nuts?”

Anyway, I don’t know any professors. I watch Kiss Me Kate and wonder about our civilization, about its past and future, and it’s this kind of thing that gets me so tired.