Memes make their rounds poking fun of this or that aspect of the corona pandemic. 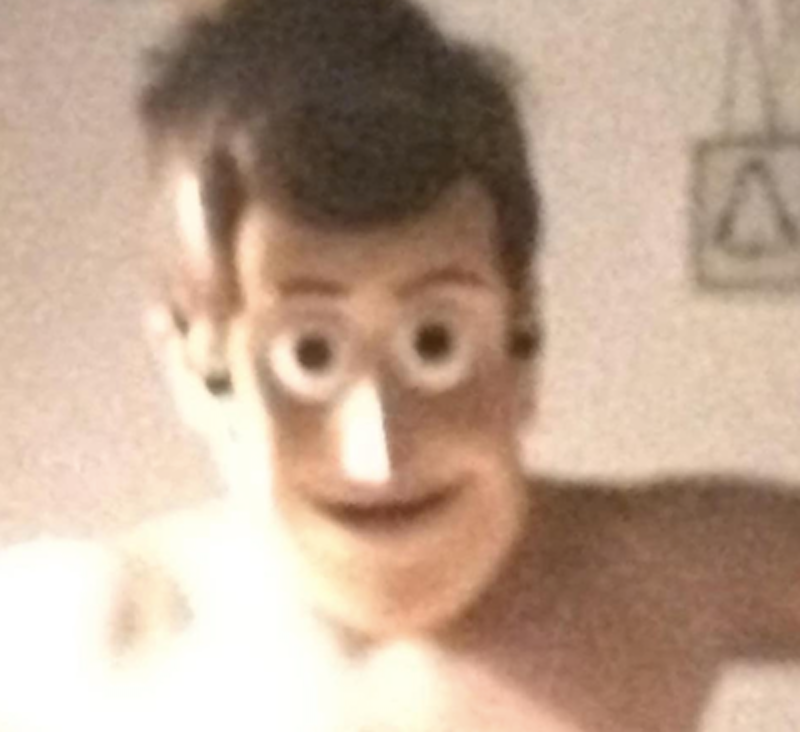 For the past 100 years, at least, human minds have been bombarded with mass-produced images. Mostly they’ve been advertisements for products or advertisements as product. When Walter Benjamin wrote about a loss of “aura,” he focused on the mode of production. Stuff produced in replicate on an assembly line doesn’t have the same spiritual heft as something made by hand by an artisan. Maybe. Probably. But who makes images is just as important as how they’re made. Memes, despite being replicated and digitally “mass produced,” retain a kind of subversive authenticity which online advertisements lack.

That’s because memes are folk art. Usually created anonymously and to no end other than to stand as artifacts of our collective experiences, they arise out of the muck of the moment. They express the conditions of their own origins, constructed from the bric-a-brac material of our daily consciousness. Sometimes funny, often ironic, we won’t really ever know what they “mean” until we’re able to look back on them in retrospect, after Minvera’s owl rustles its wings and disappears into the sinking sun. Give it a few hundred years.

Of all the memes, or meme-like, artifacts which speak to the moment, it’s cursed images which are the most relevant. Memes make their rounds poking fun of this or that aspect of the corona pandemic—Trump’s handling of the situation, virus deniers, gaining weight in isolation—but none give voice to the brooding anxieties which cloud our peripheral vision. None of the memes see it. The Upanishads make reference to two birds sitting on a branch, one eating and one watching the other eat. The birds are traditionally interpreted as Self. Part of us does the action, the other part observes, motionless. Cursed images give us the perspective of the second bird. Other memes are anxious. Cursed images show us the anxiety.

Maybe you don’t know what a cursed image is. Paper magazine describes them as: “The cursed image as a concept originated from a Tumblr blog in 2015. ‘At the time, I had a voyeuristic hobby of searching the archives of Flickr to look at forgotten flash photography from years in the past," explains the owner of cursedimages.tumblr.com, a 19-year-old female photography and film student from the American Northwest who spoke on the condition of anonymity. ‘Some of these forgotten photographs just had an eerie mood about them, like someone had captured a moment from a dream or another life. I was particularly interested in finding photos of dark and empty rooms, mannequins and costumes, all of which became common themes among cursed images.’”

Never outright violent. Never depraved. Cursed images insinuate uncanny squalor. They suggest a decaying world in which your favorite mascots have all transformed into filthy, menacing, off-brand versions of themselves. Imagine a Polaroid-quality picture of someone lying seductively on a hotel bed while wearing a green Elmo costume. Mannequins floating facedown in a pond cholked with scum. A dog’s face that looks almost human. A dirty toilet filled with frogs and cigarettes. Imagine Ralph Eugene Meatyard photos that look perfectly unstaged. Displaced objects thrum with an off-putting vitality and living things calcify into art objects.

An article in WIRED last year claims that cursed images “bring us together” because they appeal to an evolutionary hunger for the creepy. Creepiness, the article says, channeling all the mind-numbing self-assuredness of positivism, is a vestigial response to ambiguous threats: “You need to look closer to figure out what it’s all about, to decide to fight, flee, or ignore. You need to categorize the experience for future reference, but it defies categorization. That yuck-yum, ew-lol, love-hate tension is where creepiness and cursed images live.” Which works better as a description than an explanation, really. Claiming that every profound human interest can be reduced to evolutionary advantage keeps us from understanding either on any deeper level.

Is the cursed image actually art? Yes. It’s folk art. The International Museum of Folk Art’s website defines the practice in the broadest terms possible: “There are many different ways to think about folk art. In fact, there is no one definition of folk art. In collecting and displaying folk art, the museum considers various concepts.”

Generally, folk art is ART that:

●May be decorative or utilitarian.

●May be used every day or reserved for high ceremonies.

●Is handmade; it may include handmade elements, as well as new, synthetic, or recycled components.

●May be made for use within a community of practice or it may be produced for sale as a form of income and empowerment.

●May be learned formally or informally; folk art may also be self-taught.

●May include intangible forms of expressive culture like dance, song, poetry, and foodways.

●Is traditional; it reflects shared cultural aesthetics and social issues. It is recognized that, as traditions are dynamic, traditional folk art may change over time and may include innovations in tradition.

●Is of, by, and for the people; all people, inclusive of class, status, culture, community, ethnicity, gender, and religion.”

Cursed images fit within this vast, wind-swept rubric. But maybe the reason why cursed images require a defense as art and, for instance, a giant inflatable balloon dog doesn’t, is that they’re free. More than that, they freely channel our collective anxieties about the modern world. Specifically, the efficacy of images, the utopian aspirations of our consumerism, and the pervasive sense of decay which underlies our institutions. Cursed images are art, but in a much older sense that gallery art. As Ananada K. Coomaraswamy writes, “The traditional arts and crafts are, in fact, ‘mysteries,’ ’with ‘secrets’ that are not merely ‘tricks of the trade’ of economic value (like the so-much-abused European ‘patents’), but pertain to the worldwide and immemorial symbolism of the techniques, all of which are analogies or imitations of the creative nature in operation.”

The cursed image is the perfect folk art for a pandemic. In the frenetic rush towards escapism, of binge-watching and binge-eating, of 24-hour live streams of covid updates, the thing itself remains elusive. A dark spot sitting on the edge of our peripheral which we can never quite see to focus on. And so we come at the feeling obliquely. Not through graphs, but through the invocation of a mood. Of course the virus is a public health threat. Of course the science of the event is important. But if we’re talking about confronting and articulating our anxieties, look at the above picture:

Cursed images model our anxieties. They’re tiny mock-ups of our fear. That they communicate in murmurs doesn’t mean their message is any less clear. They’re images of our second bird of Self. Silent, watching, and still. Longing for a colder and more perceptive eye.